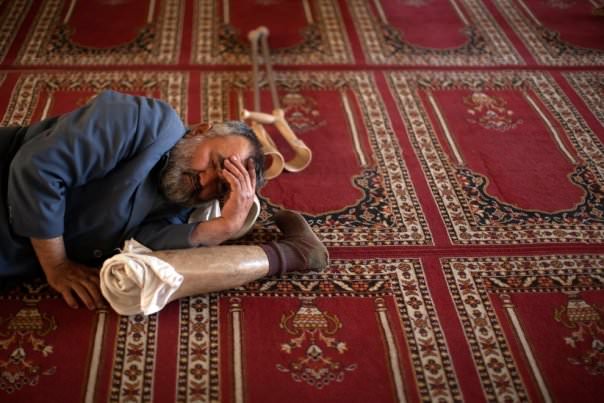 First published on Indigo Jo Blogs in response to the New Muslim Series.

The first article [in the Muslimmatters.org’s new Muslim Series] is about how the Muslim community accommodates converts, and the issues that have long been discussed on various websites including the blogs that sprung up in the mid-2000s (most of them now defunct): among them, the different groups that compete to take new converts under their wing and “teach” them how to practice Islam their way, as well as well-meant but incorrect advice and unwarranted interference (such as a total stranger giving a new convert an Islamic name, which is usually not necessary). One thing this article does not discuss is the financial support of converts who are in need, particularly if they have a disability or are estranged from their family, or both.

We all have read about the tortures some of the early Muslims suffered when they embraced Islam against the will of their pagan families, although that kind of abuse against converts nowadays is fairly rare, to my knowledge, people who convert to Islam (or for that matter, any other religion) being rejected by their families is not at all unknown — I recall hearing a taped speech by one brother who had been expelled from his home by his Hindu father not long after I converted to Islam in 1998. The situation is worse when the family is attached strongly to another religion; families that are not religious tend to be less hostile. We all know that women who convert to Islam whose husbands don’t are required to leave their husbands (something that many other Muslims will waste no time in telling them), but to do that, they need to have a place to go.

The situation for converts who have some kind of disability is even more worse. A major reform of the welfare system was recently passed in the UK, and this includes drastic changes to the disability support system. The reform is ostensibly intended to improve consistency and reduce error; what it will do is transfer money from those in need to bureaucrats and contractors. The losers will be those with disabilities other than the classic physical disabilities such as spinal cord injury and cerebral palsy; those with fluctuating severity of disability or mental health problems and intellectual disabilities that make coping with normal life difficult will also lose out. The reforms have been supported by a media campaign that portray disability benefit claimants as scroungers, among them a story that was on the front page of ‘The Sun’ the other day in which a woman who was claiming benefits for a bad back was seen going on fairground rides (probably by a nosy neighbor who sold her story to the paper). The truth is that she probably had a fluctuating condition, and was able to do the kinds of things she was pictured doing on some days and not others. This is normal with a whole range of well-known physical conditions.

The effect of cutting support payments to disabled people is that it entrenches their reliance on friends and family, with the obvious effect of making any decision that would offend their family very difficult. The family may even be in a position to physically prevent someone from carrying out their religious activities or even visiting (or being visited by) friends who are associated with their new religion. If the person has serious mobility problems, the home they are living in may have been adapted for their needs when they were a child, but they might not own it, and the majority of houses and flats which are not very recently built are inaccessible to people in wheelchairs and many of those that are available are reserved for elderly people. The same is often true of a disabled person needing to escape an abusive relationship: the house or flat they live in may be accessible, but most refuges aren’t.

We know that mosques collect a lot of money from regular worshipers; we also know that a lot of it gets sent abroad, often to the Indian subcontinent in the case of mosques in the UK. How much of it could be spent on making sure that converts in need are provided for in this country? Some mosques have rooms that could be rented out for new converts while they find a place of their own to live, if living with their family is not an option (and lodging with a friend often is no option either, particularly if the person who needs a home is a man, the friend is married and does not want a non-family male living under the same roof as his wife). Simply finding a new convert a spouse from within the existing community is not a good option: the couple may be entirely unequipped to deal with the others’ cultural differences and the expectations they have of each other. It also adds the element of dependence, which may be used against the newcomer if the relationship proves to be abusive and serve to prevent them escaping — precisely the situation they may have found themselves in when they first entered Islam — or allow guilt to be used to make someone do something they feel uncomfortable with. A female online friend with a chronic illness told me that a man had approached her for marriage, but just before it was to take place, told her that she would have to take bay’ah with his spiritual leader, something she had no intention of doing. The fiancé then reminded her that they had been willing to accept her even with her illness. In the event, the marriage did not happen, but it goes to show the kind of guilt-based manipulation that can happen in a relationship of dependency.

There are a number of ways the community could accommodate newcomers with special needs. There is the need of making mosques and Islamic schools accessible. There is also the need of educating people who come in about someone’s condition that may affect how they practice, particularly if they have mental health issues. A mentoring scheme like the one described in the article may help, but they need to understand the individuals’ needs and be able to fend off unwarranted and not very helpful “help” and advice from people who do not understand either their needs or the religious rulings related to them, or sectarian elements who want to recruit them. The community needs to be taught that certain disabilities which are presumed to be the result of jinn (spirits) or witchcraft (or similar), or of poor imaan (in someone who has just decided to become Muslim!) are in fact simply medical problems and that they should not approach the affected person to tell them otherwise. The community should be reminded of hadith no. 572 in this collection, so they do not encourage people with particular disabilities to harm themselves doing acts of worship that may be harmful to them (for example: rubbing themselves while doing the ablutions, which is mandatory in at least one of the four schools but may be seriously harmful to people with certain skin conditions; other examples are long fasts for diabetics and others it may cause to become ill).

Accommodating new converts with disabilities does not just take understanding, though; it takes money, and if it does not already exist, there should be a fund for needy converts so that they do not end up homeless or seriously ill. I would not advocate a charity specifically for disabled Muslims (unless it catered to specifically religious needs) as it would leave us open to accusations of being generous only to our own people, but a group home of some sort which catered specifically to Muslim dietary and other religious needs probably would not (there are Kosher old peoples’ homes, for example), nor would a fund targeted at those whose needs relate specifically to their religion. The Muslim community cannot afford to address all the most complex needs of all Muslims, even converts, and may not need to, but should prepare to support some of those with less complex needs who may be left high and dry by the incoming benefit reforms.

Hello, I am Autism Aware