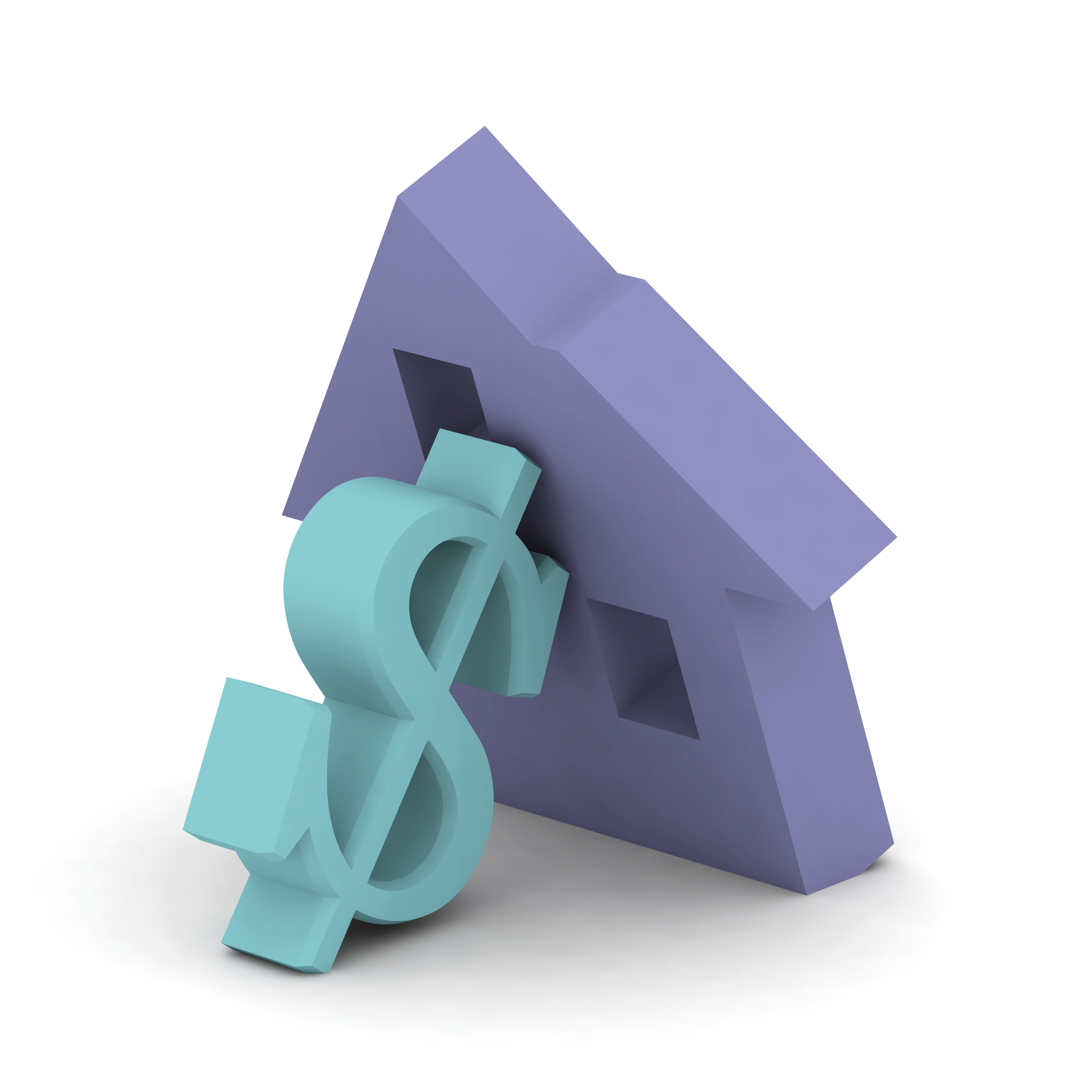 Mufti Taqi Usmani is a scholar of great international repute and respect, particularly in the fields of Hanafi fiqh, and Islamic finance in general. Here is the  statement from him (taken from his website), and then we’ll delve into its importance below:

Announcement Regarding Misuse of a Fatwa

This is for information of all concerned that I have been receiving correspondence from various places enquiring whether I have authorized any Ijarah contracts of certain financial institution in America, Australia and Canada. As evidence these companies have posted a 15 years old fatwa of mine on their websites. I would very explicitly like to declare the following in this regard:

I have never approved any Ijarah contract or scheme for any Financial Institution in America, Australia or Canada.

This fatwa was actually issued 15 years ago in peculiar circumstances prevalent at that time in favor of a house financing company, namely, Al-Amin Company based in Jeddah which they had intended to implement at that time but is no more acting in USA. This Fatwa cannot be used by any other company, because I never reviewed their contracts, nor do I serve on their Shriah Board . As such, the use of this fatwa by other financial institutions is illegal and misleading.

All such companies are requested not to refer to this Fatwa nor to use it as their marketing material, and immediately remove it from their websites failing which they may face legal action at their own cost.

The ijara (co-ownership) model of home finance is perhaps the most common scheme sold by Islamic finance companies. Taqi Usmani is one of the most reputable authorities to endorse such a scheme, so this statement from him has a direct ripple effect on those involved with such institutions as well as those considering a home purchase in the future.

The ‘other side’ of this is an official endorsement publicized by Guidance Financial from Mufti Taqi Usmani and can be found on the last page of this white paper published by Guidance.

Another well known institute that provides Islamic financing utilizing Taqi Usmani’s name is La Riba. Their fatwa page prominently features Taqi Usmani’s name on the top. However, it is only after scrolling to the very bottom that you find the following text:

THIS IS NOT A FATWA BY HIS EMINENCE SHKH. TAQI USMANI. THESE ARE QUOTATIONS FROM HIS BOOK.

PLEASE NOTE THAT THIS INFORMATION IS PUBLISHED HERE TO EDUCATE THE MUSLIM USER WHO WANTS TO REMOVE RIBA FROM HIS/HER LIFE. THEY DO NOT DIRECTLY OR INDIRECTLY IMPLY THAT THE MENTIONED SCHOLARS HAVE SPONSORED, GIVEN DIRECT FATWA OR THE LIKE REGARDING LARIBA. We at LARIBA believe that it is the RESPONSIBILITY OF THE EDUCATED MUSLIM TO READ, COMPREHEND, ANALYZE & COMPARE then make his/her own decision.

WHILE LARIBA HAS IT IS OWN SHARI’AA ADVISORS IT’S OUR POLICY NOT TO USE THE EMINENCE & SCHOLARLY STATURE OF OUR SCHOLARS TO “MARKET” OR “SELL”. WE RELY ON THE MIND OF THE EDUCATED MUSLIM. WE ASK ALLAH TO ACCEPT.

Which only begs the question, why is Taqi Usmani’s name being used if it’s not for marketing purposes? The point I want to drive home here is not whether La Riba is right or wrong in quoting it – but the bigger picture – utilizing a scholar’s name to provide legitimacy to a finance scheme.

The core of the problem, and confusion now, is whether or not these Islamic finance institutions are 100% certified as they currently stand.

The vast majority of Muslims are not able to delve into the detailed jurisprudence of fiqh. In fact, a number of imams and scholars I have personally spoken to about some of these issues have deferred the questions to those scholars who are specialized in the field. Most Muslims do not understand Islamic contracts as most any lay person of any background does not. Because of that, we refer to scholars for their insight on huge decisions like buying a house and if it’s being done in a legitimate manner or not. If not, then its consequence is riba – a consequence nearly every Muslim understands regardless of their level of scholarship.

The endorsement of a scholar, especially a recognized expert (such as Mufti Taqi Usmani) may mean literally hundreds of millions of dollars worth of business from Muslims following his answer [As an example, Guidance has done $1.4 billion in business from 2002 to 2009].

While we are reasonable enough to know that we should not act as arm-chair jurists, we should have an expectation of those representing a contract to us for Islamic finance to not only being legally valid and viable, but Islamically as well. The question is how do we create the same protections for consumers against misrepresentation in fatwa as we do for legalities?

With that in mind, here are 3 important questions that must be raised in this regard.

*Please note these questions are general questions and not necessarily directed at any particular institution.

1) How often are updated contracts reviewed and approved by a shari’ah board, and which scholars have signed off on the actual contract being used by an Islamic finance company?

Even the latest endorsement that we could find was from 2002 (in the white paper referenced above). In 10 years, a lot has changed in regards to federal regulations. Also, as Islamic finance companies expand from state to state, they’re forced to meet different regulations in regards to loan origination, servicing, etc. There needs to be documentation furnished indicating which scholars have reviewed the final sale contract actually used in a mortgage and signed off on it. I simply find it implausible that the contract from 2002 is identical to the one being used today.

2) Are all practices done by the Islamic finance institution during the course of the contract and “declining co-ownership” shari’ah approved?

I have to disclose here that I actually have a contract with a US based Islamic finance institution. During the course of my contract, I was notified by mail (I have the paperwork to prove it) that the balance on my mortgage was actually sold to a ‘regular’ bank. The company itself tried to say that they simply transferred the administrative duties of collecting payment. However, the paperwork from the other bank indicated clearly the transferring of the debt (i.e. selling the debt) from the Islamic company to the bank. This is an important ethical question because if an institute is selling itself on providing an Islamic service to the Muslim community, then it needs to show some level of transparency in regards to the shari’ah compliance of such questionable actions.

3) How are inconsistencies between what Mufti Taqi Usmani advocates in his writings and the actual schemes used by these banks to be addressed?

In his writings on Islamic finance (example), it is clear that in a partnership the profit/loss risk must be shared. From my experience, it seems that this is not the case. If the Islamic finance company owns 90% of the house (with the buyer putting a 10% downpayment), then why is the company not liable for any loss in property value? I realized this when my ‘halal mortgage’ was sold to another bank: I am on the hook for the full “loan” amount regardless of the value of the investment (i.e. the house). If the house drops in value, and is sold at a loss, the only party that actually incurs the loss would be me – because I still owe the full amount to the Islamic finance company. I would owe it to them the exact same way as a conventional loan would be due to a bank.

This is just one of the inconsistencies I have found in regards to this “co-ownership” model. Is it, as Mahmoud el-Gamal says, simply holy water sprinkled over a regular mortgage?

How does the endorsement of a particular scholar affect your opinion on these issues?

Are there any scholars or people who work for Islamic financial institutions willing to tackle the 3 questions stated above here? I hope that no one shies away, a little bit of transparency can go a long way in removing doubts, and this discussion is long overdue at this point.

A Muslim’s Guide to Student Loans in the U.S.

The Day I Became The White Bull