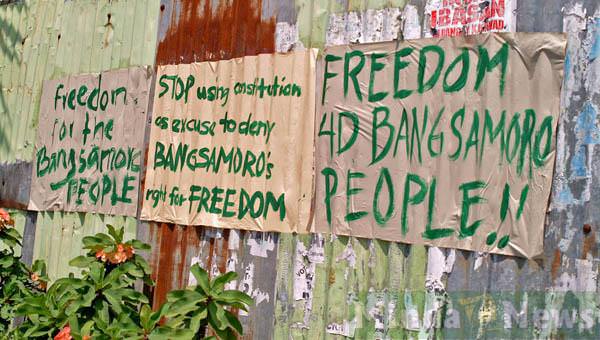 Mindanao, Philippines was recently hit by Typhoon Sendong (Washi), the deadliest cyclone to hit the country in the last 12 years. More than 1200 people died, drowning as the main cause of death. Tens of thousands of families were affected and displaced. Floods carrying logs, rocks and mud from the mountains damaged homes, cars and infrastructure. Since the storm struck in the middle of the night and there was no flood warning system, the population was unprepared resulting in a great deal of damage and a high death toll.

Later about a month after the disaster, people are still recovering in evacuation centers and there is ongoing reconstruction and relief work. As delegates of Amal Foundation of Malaysia providing assistance and community service, we had the opportunity to learn about and see the condition of the Muslim communities in Mindanao, at first hand. We collaborated with the Bangsamoro Development Agency (BDA), an organization that has been mandated to determine, lead and manage relief, rehabilitation and development programs in the conflict-affected areas of Mindanao. We focused primarily on Muslims because extending help and supplying aid directly to them is crucial, since Muslims are often excluded from the official government’s listing of victims. Also, as brothers and sisters in faith, it is our collective responsibility to assist them with their problems. 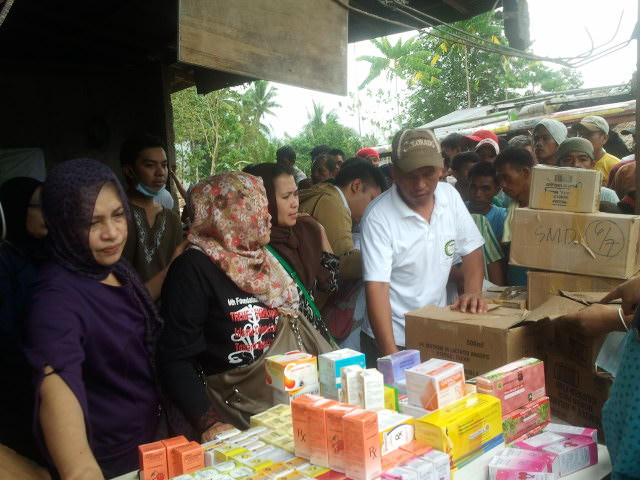 says in the Qurʾān:

“The believers, both men and women, are awlia (helpers, supporters, allies) to each other…” [Al-Tawbah, 71]

“Whoever relieves a calamity that has struck a believer in this world, Allāh will relieve for him one of the calamities of the day of Judgment, and whoever makes things easy for a person in trouble, Allāh will make his matters easy in this life and in the hereafter, and whoever shields the faults of a Muslim, Allāh will shield his faults in this world and the hereafter, and Allāh will help and support his servant as long as he is helping and supporting his brother” [Sahih Muslim]

“The most beloved people to Allāh

are those who help and benefit others the most, and the most beloved actions to Allāh

, is pleasure and happiness that you cause to enter the heart of a Muslim, or to solve one of his problems, or to pay off his debt, or to prevent him from being hungry, and working to help my Muslim brother is more beloved to me than making I’tikaf in this masjid for a month, and whoever controls his anger, Allah will conceal his faults, and whoever controls his ill feelings, Allāh

History of Muslims in Philippines

Indeed, it is true when it is said that history is written by the victors. During our brief stay, we learned about the other side of history and came to understand the long and gory struggle of our welcoming hosts.

The arrival of Islam in the Malay-Indonesia archipelago and the Southern Philippines dates back to the late 13th and early 14th centuries when Arab merchants and missionaries brought Islam to Southeast Asia through the development of trade and trade routes. In the Southern Philippines, the core of the Muslim communities was developed when Muslim missionaries and traders married the local population and produced Muslim descendants. It was later that Muslim political figures arrived and introduced Islamic political, educational and religious institutions.

The Sulu Sultanate was established around 1450, and Muslim influence spread northward, reaching the island of Luzon. In fact, when the Spanish colonialists arrived, they were astonished to find a strong Muslim presence when they just had expelled the Moors from Spain after 800 years of conflict. Due to their similarity to the Moors, the Spaniards called them Moros, which today has become the name of preference when speaking of the Muslims in the Philippines. The Spaniards took over most of Luzon and Visayas and converted the population into Christianity.

The Sultanate was already 71 years old when the Spanish colonialists invaded the Moro territories in 1521. Due to the Spanish colonial policy of subjugating and Christianizing the Moros, there was fierce resistance and wars broke out in opposition to fight the Spanish attempts to establish dominance over Mindanao and Sulu. Having failed to conquer the Moros, the Spaniards signed them over to the Americans in the 1898 Treaty of Paris. Later, the Americans signed them over to the Filipinos when the Philippines gained independence in 1946. However, the American regime managed to abolish the sultanate as a political institution through a brutal war, and imposed their socio-cultural, economic and political institutions on Moro societies.

After independence, the Philippine government encouraged the landless non-Muslims of Luzon and Visayas to settle in Mindanao to resolve rural instability. This resulted in tension due to competition for land, and, as a result, the most productive agricultural land was taken over by the settlers. However, although Mindanao contributed significantly to the national treasury, only small ventures were planned for development in there, especially in the Muslim areas.  This systematic marginalization caused resentment among the Moros, which eventually turned into open rebellion. Consequently, influenced by a series of incidents, in particular the Jabidah massacre in 1968 where at least 28 young Muslim recruits of the Philippine army were killed by their superiors, they were convinced that armed struggle was the only way to attain self-determination.

After the evolution of political resurgences, fragmentation, clashes, ceasefires and peace talks, negotiations are now being pursued, in order to discuss the establishment of a Bangsamoro sub-state, a far cry from its original demand of independence. Although they were previously granted autonomy in 13 Muslim majority provinces, and the Autonomous Region in Muslim Mindanao (ARMM) was devised, discontentment resumed, as it was only autonomy in name, but not in practice. 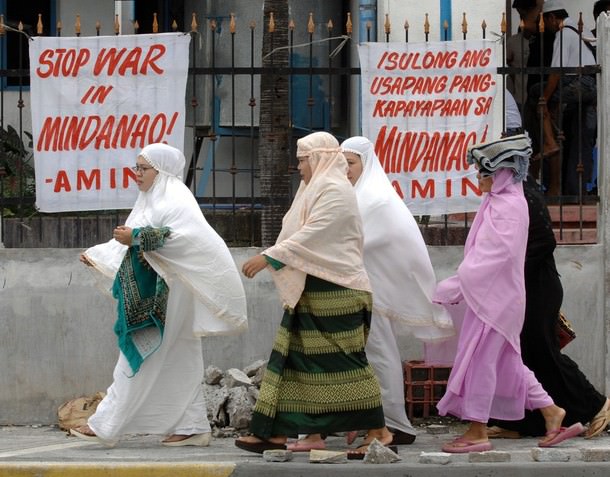 During my trip, I came to realize that the response of some to this series of events is natural. It fits the frustration-aggression theory by Ted Gurr who argued that frustration does not necessarily lead to violence, but when deprivation is prolonged and sharply felt, it often results in anger and eventually violence.

I am not advocating violence but it is inevitable for separatist movements to rise when their aim is to attain the determination to retain control of their own culture, language and territory and not to be manipulated by foreigners and elites who deprive them of their rights.

I still remember their last remark as we were saying goodbye:

You have to come back, but not at times like this. Come back when we have been liberated and established as the Bangsamoro state.

May Allāh grant them victory and we pray that we will see the fruit of their struggle in the near future insha’Allāh.