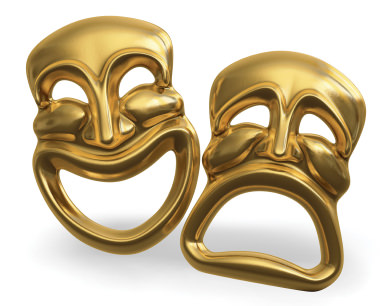 Often times we get quite frustrated and upset with where we are in our lives.  We feel like our drama and trials are more intense that other people’s situations.  We can feel helpless, frustrated, annoyed, or even possibly hopeless.  However, let us take a step back and reflect on why certain events occur in our lives and why we should be content with our lives no matter what the situation.  Furthermore, at the very least, we should not question why something has happened to us.

Let’s take a moment and reflect on the story of Adam and Iblis.  Adam and Iblis, in general, both committed “mistakes” when it came to their encounters with each other.  Iblis refused to bow down to Adam when he was commanded to do so, while Adam ate from the forbidden tree when he was prohibited from doing so.  Why is that Adam was forgiven while Iblis was condemned?  Indeed, eating from the forbidden tree was a “mistake” while refusing to bow down was a “mistake.”  Why are Iblis’s actions described as an act of kufr?  Where is the disbelief/kufr in Iblis’s actions?  Why is that Iblis committed an act of kufr while Adam did not?  Many scholars explain the situation by referring to the words that Iblis uttered when he was asked why he refused to bow down.  Iblis responded by saying he was better than Adam.  By saying he was better than Adam, Iblis claimed that he did not need to bow down to Adam, which insinuated that Allah made a mistake and was wrong to command Iblis to bow down.  Iblis was inferring that he thought he knew better than Allah (and we seek refuge from such thoughts!) and that Allah should not have ordered Iblis to bow down to Adam.   Therefore, we see that Iblis’s questions of Allah’s Wisdom and his belief that he should not have been asked to bow down to Adam is labeled as an act of kufr, which ended up leading to his ultimate destruction and eternal damnation.

So the next time something “harsh” happens to you, don’t question why it is happening.  If you question the wisdom of Allah, what makes your state of mind any different than the state of mind of Iblis at the time of his encounter with Adam.  Indeed, the very fact that you need to question Allah and ask “why” is an extremely dangerous road to wander down.  By asking “why,” you may be questioning the wisdom behind such actions, which is the same path Iblis took towards his own destruction.

Indeed, whenever something happens to a believer, it is for his benefit.  Let us reflect upon the hadith of Suhaib: “The affair of the believer is amazing! The whole of his life is beneficial, and that is only in the case of the believer.  When good times come to him, he is thankful and it is good for him, and when bad times befall him, he is patient and it is also good for him” [Muslim].

So, if something good happens to us and we praise Allah and because of it, it is beneficial for us.  And if something befalls us against our desires, we should be patient and because of it, it will indeed be beneficial for us again.  Indeed, everything that befalls a believer is for his or her benefit.  There is no such thing as something “bad” or “unfortunate” when it comes to the affairs of the believer.

What we really need to do is reflect on whether or not we are true believers.  If we were to fall sick, get into a car accident, or be in times of despair we should try to easily overcome those hardships.  We are told, “when the believer is afflicted with pain, even that of a prick of a thorn or more, God forgives his sins” [Bukhari].  So the next time such a difficulty comes to you, simply try to bear it with patience and remember the many references to patience in the Quran such as, “Indeed, the patient will be given their reward without account” [39:10].  Let us be optimistic and encouraging whenever we encounter a situation that requires sabr and patience.  Indeed, regardless of what happens to us, let us say, “Alhamdulillah!”

Verily, Along With Every Hardship Is Relief