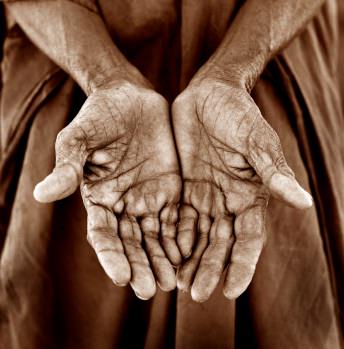 By Mahmoud Amin El-Gamal – This is a transcript of Dr. El-Gamal’s khutbah given on February 10, 2012.

O community of faith, have the proper measure of God consciousness and do not die except in a state of submission to God (3:102)  (= Islam. And the third pillar of Islam is alms-giving  (zakāh)).

(Islam was built on five pillars: confession that there is no God but God and that Muhammad

is his messenger, establishing prayers, giving alms, performing pilgrimage, and fasting in Ramaḍān).

What is the purpose of alms-giving? It is quite explicit in the Prophet’s

Yes, there are as many as eight avenues for the payment of zakāh, as per the verse:

Charity is restricted to these categories: the poor, the needy, its distributors, those whose hearts must be won, freeing people from bondage, freeing people from debilitating debt, to struggle in the Way of God, and to support the wayfarer — this is a mandate from God; and God is the Most Knowing the Most Wise [9:60].

And, yes, there are many technicalities that Muslims can exploit — from using zakāh shelters by putting their wealth in assets that were not traditionally subject to zakāh to giving too much of it to the building of mosques and other activities that enrich real estate developers and bankers and contribute to their own consumption without helping the poor, the needy, etc. Obeying the letter of the law without understanding its content is the biggest tragedy of today’s Muslims, which gave us the travesty of “Islamic finance” that enriches bankers and others by providing inferior financial products at higher costs.

It is also the method through which the champions and multi-million beneficiaries of the mislabeled “Islamic finance” tell us that we should not think rationally about zakāh because it is an act of worship — thus protecting the interests of the real estate developers, the bankers, and those who want to spend only in ways that contribute to their own religious consumption.

The order in the verse matters: poverty comes first!! Yes, scholars cannot tell me that I did not pay my zakāh if I spent it all on some building while millions suffered oppressive poverty, but that does not make it right. Scholars also will not tell me that I made any mistake by spending tens of thousands of dollars performing a second or third Hajj or an umpteenth ‘Umrah — religious consumption — instead of letting the wealth stay and paying my due share of alms.

The scholars — and now I am talking about real scholars not those who maximize their consultancy fees — can’t see my heart, and can’t wake up my conscience. But I am ashamed to be a hypocrite.

Do I want scholarship? Then fine, here is some scholarship, all from Ibn Qudama’s   Al-Mughni:

Imam Mālik said (regarding which areas should receive zakāh) that one should investigate where it is needed, and go by order of priority.

Based on the Ḥadīth of Mu‘ādh

was ordered first to take from their rich and give to their poor, and did not mention any other category for which alms should be given until he received more wealth and could pay a category other than the poor.

Then he (Ibn Qudama) said: “And it is not permissible to move charity from its city to another city at a distance that would justify shortening the prayer” (which is only a few tens of miles). Ahmad was asked if zakāh could be transported from one country to another, and he said no. He was asked if that would be the ruling even if the person’s relatives lived in that other country, and he still said no.

It was narrated that `Umar ibn `Abedlaziz returned zakāh that was sent from Khurasan to him in the Levant.

specifically to take from the rich and give to the poor in the same land. Thus, when Mu‘ādh

, `Umar chastised him by saying, “I did not send you there a tax collector; but sent you (as the Prophet

had done) to take from their rich and give to their poor.”

Did I get the idea already, or should I read more? Well, I can read more and see that Ibn Qudama says that if one were to violate all these priorities, and give to build a fancy mosque (or in the case of my native Egypt, to the development of a Science city to satisfy the desires of an ego-maniacal Egyptian scientist), or even to give the poor in one’s native country, it can still be charged against one’s obligatory zakāh. Am I then looking for technicalities, or do I want to do the right thing? The right thing is to look around us and see the poverty in this land of opportunity. America’s shame is not only her history of slavery (a history that we as Muslims share), but also the continued racism and denial of opportunity to a massive underclass, including numerous Muslims, most of whom are African-American. This racism and poverty is America’s shame, but it is our double shame as Muslims. We are racist too, except for those whom God has blessed. Even dating back to the life of the Prophet

, we see the following Ḥadīth about one of the most pious men of Islamic history and one of the Prophet’s

(Abu Dharr narrated that he exchanged insults with a man and in the heat of argument insulted his mother — the man according to another narration was Bilāl, and the insult was racist; I do not wish to repeat that insult here and list above the narration without the insult — The Prophet

told Abu Dharr, “You insulted his mother (in racist fashion), you are a man with jāhiliyyah (ignorance) in your heart.”

I don’t need to give you more recent evidence from the Islamic world and Muslim communities here in America.

This is a travesty, and it is our triple shame. It is America’s shame that poverty and racism continues to this day. It is Muslims’ double shame that they have even more massive inequalities and racism (to the degree of quasi-slavery in some Muslim countries) despite having a religion that orders the opposite. Like Abu Dharr

, we still have plenty of ignorance in our hearts, most probably much more. It is therefore the triple shame of American Muslims that we are not doing enough to work with our Black American Muslim brethren to improve their and our lots. We immigrant Muslims can’t continue to live like parasites in this society, spending for our religious and secular consumption and sending zakāh money abroad while our own backyard is full of poor brothers and sisters. Shame on us. Triple Shame!

Life of a Da’ee – An Anonymous Response to ‘How Much Should Islamic Clergy Make?’

Bullying, Islam & Everything In Between