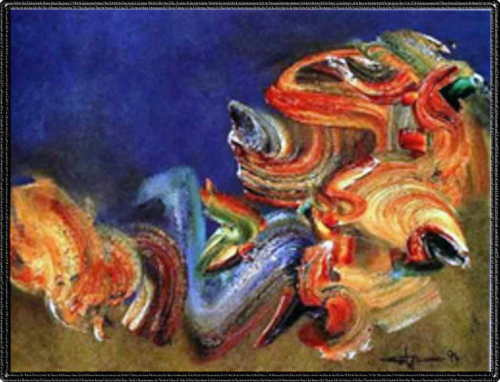 Today, we would like to take the opportunity to honor Sister Habibe Husain as our latest example of Muslims making positive contributions in the West.  Sister Habibe is the founder and Executive Director of the Rahima Foundation, a charitable and educational organization based in California that strives to serve the community in the San Francisco Bay Area.  Established in 1993, the Rahima Foundation aims to please our Creator by serving His creation.  The organization has been helping refugees from countries such as Bosnia and Iraq in the community for 18 years.  They feed 1500 to 1800 people every month managing to give away close to ten tons of food every month.  The Rahima Foundation also serves as a hub for collecting and distributing qurbani meat from Eid-al-Adha with this year’s total having topped 5000 pounds of meat!  The work of Sister Habibe and the Rahima Foundation was recently featured on ABC local news in the 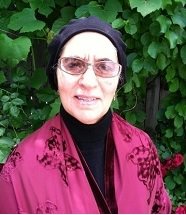 Originally from Turkey, Sister Habibe came to the United States as a student in the 1960s when she completed a degree in Pharmacy at Temple University in Philadelphia.  She moved to the Bay Area in 1973 and a became a full-time mother upon the birth of her twins.  In her time in the Bay Area as an active member of the Muslim community, Sister Habibe started coming across a number of people who were going through tough times very quietly.  She noted that these people had nowhere to turn.  Responding to the need she saw in her own community. Sister Habibe started collecting canned foods in her garage.  Her small initiative became the seeds of what would become the Rahima Foundation in 1993.  When large groups of refugees started coming to her for help and service, she decided to register her organization allowing it to become formally recognized as a non-profit organization serving the underserved.

A mother of three and grandmother of four, Sister Habibe describes her average day as very hectic, yet very fulfilling.  She notes that the organization fed a record number of people this past Ramadan and the clients continues to grow every month.  Aside from one part-time employee, the organization relies solely on volunteers devoting their time for no material gain.  Due to the current financial hardships many families are going through, Sister Habibe noted it is sad to see so many people who were well-to-do people in their own countries now come asking for a hand to help them out in the current situation.  About 100 families receive financial assistance by zakat from the organization.  It is important to note that the Rahima Foundation does not have the capacity to take care of everyone from A to Z, but it is there to lend a hand and help those in need of various services ranging from counseling to financial assistance.  Muslims and non-Muslims alike are welcomed to the Rahima Foundation as no one gets turned away.

When asked about the biggest obstacles she has had to overcome with establishing the Rahima Foundation, Sister Habibe responded it is the hurdle of convincing people that there are indeed needy people living here locally in the United States.  Many people in the Silicon Valley and Bay Area seem to think they are no poor people locally and thus they often give their sadaqa money overseas.  Our communities seem to be busy building masajid and community centers, but it appears we do not talk about giving zakat on a regular basis.  Sister Habibe has striven to make sure zakat has become part of our everyday conversation.  Remember, it is important to take care of our families first, and then our local community before taking care of the rest of the world.  The Rahima Foundation strives to follow the rules of zakat strictly and seeks religious edicts from local Islamic scholars.

Sister Habibe describes her role model as Prophet Ibrahim (AS) and she hopes that her organization’s work can be a role model for the younger generations.  She is living her life ingrained in the idea of giving and giving spiritually at that!  Her family fully supports her work as Sister Habibe’s husband, Brother Ishrat, comes in to help out at the foundation behind the scenes even though he works full-time elsewhere.  Sister Habibe hopes to serve people until her last ounce of energy.  When asked to give advice to the readers here, Sister Habibe advised us that even though we live in a fast-paced, busy society nowadays, it is important to still give a few hours a week or month to help make a difference in the lives of others, insha’Allah.

Serving the Creator by serving His creation, Sister Habibe is an inspiration for all of us living as Muslims in the West and everywhere else!  May Allah (SWT) bless Sister Habibe and her family with steadfastness and sincerity in all of their work and May He (SWT) bless the work of the Rahima Foundation and help those in need in both the Bay Area and the rest of the world, Ameen!

To learn more about the Rahima Foundation, please check out their website, http://www.rahima.org/

Related Topics:Positively Muslim
Up Next