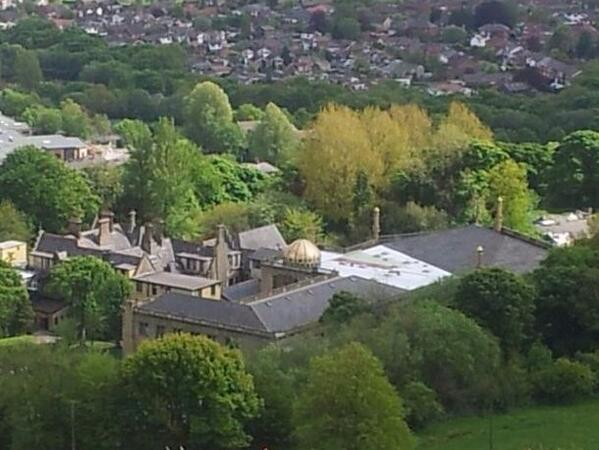 A master of hadith and Qur’an. A sufi, spiritual guide and teacher to thousands. A pioneer in the establishment of a religious education system. His death reverberated through hearts and across oceans. We are all mourning the loss of a luminary who guided us through increasingly difficult times.

Monday, September 9, turned out to be a day of profound anguish and sorrow for many around the world. In the early morning hours, news of the death of Mawlana* Yusuf Sulayman Motala, fondly known as “Hazrat” (his eminence) to those who were acquainted with him, spread. He had passed away on Sunday at 8:20 pm EST in Toronto, after suffering a heart attack two weeks earlier. (May the Almighty envelope him in His mercy)

His journey in this world had begun more than 70 years ago in the small village of Nani Naroli in Gujarat, India, where he was born on November 25, 1946 (1 Muharram 1366) into a family known for their piety.

His early studies were largely completed at Jami’a Husayniyya, one of the early seminaries of Gujarat, after which he travelled to Mazahir Ulum, the second oldest seminary of the Indian Sub-Continent, in Saharanpur, India, to complete his ‘alimiyya studies. What drew him to this seminary was the presence of one of the most influential and well-known contemporary spiritual guides, Mawlana Muhammad Zakariyya Kandhlawi (d. 1402/1982), better known as “Hazrat Shaykh.” He had seen Mawlana Zakariyya only briefly at a train stop, but it was enough for him to understand the magnitude of his presence.

Mawlana Yusuf remained in Saharanpur for two years. Despite being younger than many of the other students of Shaykh Zakariya, the shaykh took a great liking to him. Shaykh Zakariya showered him with great attention and even deferred his retirement from teaching Sahih al-Bukhari so that Mawlana Yusuf could study it under his instruction. While in Saharanpur, Mawlana Yusuf also studied under a number of other great scholars, such as Mawlana Muhammad ‘Aqil (author of Al-Durr al-Mandud, an Urdu commentary of Sunan Abi Dawud and current head lecturer of Hadith at the same seminary), Shaykh Yunus Jownpuri (d. 1438/2017) the previous head lecturer of Hadith there), Mawlana As‘adullah Rampuri (d. 1399/1979) and Mufti Muzaffar Husayn (d. 1424/2003).

Upon completion of his studies, Mawlana Yusuf’s marriage was arranged to marry a young woman from the Limbada family that had migrated to the United Kingdom from Gujarat. In 1968, he relocated to the UK and accepted the position of imam at Masjid Zakariya, in Bolton. Although he longed to be in the company of his shaykh, he had explicit instructions to remain in the UK and focus his efforts on establishing a seminary for memorization of Qur’an and teaching of the ‘alimiyya program. The vision being set in motion was to train a generation of Muslims scholars that would educate and guide the growing Muslim community.

Establishing the first Muslim seminary, in the absence of any precedent, was a daunting task. The lack of support from the Muslim community, the lack of integration into the wider British community, and the lack of funds made it seem an impossible endeavour. And yet, Mawlana Yusuf never wavered in his commitment and diligently worked to make the dream of his teacher a reality. In 1973 he purchased the derelict Aitken Sanatorium in the village of Holcombe, near Bury, Lancashire. What had once been a hospice for people suffering from tuberculosis, would become one of the first fully-fledged higher-education Islamic institutes outside of the Indian-Subcontinent teaching the adapted-Nizami syllabus.

The years of struggle by Maulana Yusuf to fulfil this vision paid off handsomely. Today, after four decades, Darul Uloom Al Arabiyya Al Islamiyya, along with its several sister institutes, also founded by Mawlana Yusuf, such as the Jamiatul Imam Muhammad Zakariya seminary in Bradford for girls, have produced well over 2,000 British born (and other international students) male and female ‘alimiyya graduates – many of whom are working as scholars and serving communities across the UK, France, Belgium, Holland, Portugal, the US, Canada, Barbados, Trinidad, Panama, Saudi Arabia, India and New Zealand. Besides these graduates, a countless number of individuals have memorized the Qur’an at these institutes. Moreover, many of the graduates of the Darul Uloom and its sister institutes have set up their own institutes, such as Jamiatul Ilm Wal Huda in Blackburn, Islamic Dawah Academy in Leicester, Jami’ah al-Kawthar in Lancaster, UK, and Darul Uloom Palmela in Portugal, to just mention a few of the larger ones. Within his lifetime, Mawlana Yusuf saw first-hand the fruit of his labours – witnessing his grand students (graduates from his students’ institutes) providing religious instruction and services to communities around the world in their local languages. What started as a relationship of love between a student and teacher, manifested into the transmission of knowledge across continents. In some countries, such as the UK and Portugal, one would be hard-pressed to find a Muslim who had not directly or indirectly benefited from him.

Mawlana Yusuf was a man with deep insights into the needs of Western contemporary society, one that was very different from the one he had grown up and trained in. With a view to contributing to mainstream society, Mawlana Yusuf encouraged his graduates to enter into further education both in post-graduate Islamic courses and western academia, and to diversify their fields of learning through courses at mainstream UK universities. As a result, many ‘alimiyya graduates of his institutes are trained in law, mainstream medicine, natural medicine and homeopathy, mental health, child protection, finance, IT, education, chaplaincy, psychology, philosophy, pharmacy, physics, journalism, engineering, architecture, calligraphy, typography, graphic design, optometry, social services, public health, even British Sign Language. His students also include several who have completed PhDs and lecture at universities. His vision was to train British-born (or other) Muslim scholars who would be well versed in contemporary thought and discipline along with their advanced Islamic learning, equipping them to better contribute to society.

Despite his commitment to the establishment of a public good, the shaykh was an immensely private person and avoided seeking accolade or attention. For many decades he refused invitations to attend conferences or talks around the country, choosing to focus on his students and his family, teaching the academic syllabus and infusing the hearts of many aspirants with the love of Allah through regular gatherings of remembrance (dhikr) and spiritual retreats (i’tikaf) in the way of his shaykh’s Chishti Sufi order.

During my entire stay with him at Darul Uloom (1985–1997), I can say with honesty that I did not come across a single student who spoke ill of him. He commanded such awe and respect that people would find it difficult to speak with him casually. And yet, for those who had the opportunity to converse with him, knew that he was the most compassionate, humble, and loving individual.

He was full of affection for his students and colleagues and had immense concern for the Muslim Ummah, especially in the West. He possessed unparalleled forbearance and self-composure. When he taught or gave a talk, he spoke in a subdued and measured tone, as though he was weighing every word, knowing the import it carried. He would sit, barely moving and without shifting his posture. Even after a surgical procedure for piles, he sat gracefully teaching us Sahih al-Bukhari. Despite the obvious pain, he never made an unpleasant expression or winced from the pain.

Anyone who has listened to his talks or read his books can bear testimony to two things: his immense love for the Messenger of Allah

and his love for Shaykh Mawlana Muhammad Zakariya Kandhlawi (may Allah have mercy on him). It is probably hard to find a talk in which he did not speak of the two. His shaykh was no doubt his link to the Messenger of Allah (Allah bless him and give him peace) in both his hadith and spiritual transmissions.

Over the last decade, he had retired from most of his teaching commitments (except Sahih al-Bukhari) and had reduced meeting with people other than his weekly dhikr gatherings. His time was spent with his family and young children and writing books. His written legacy comprises over 20 titles, mostly in Urdu but also a partial tafsir of the Qur’an in classical Arabic.

After the news of his heart attack on Sunday, August 25, and the subsequent effects to his brain, his well-wishers around the world completed hundreds of recitals of the Qur’an, several readings of the entire Sahih al-Bukhari, thousands of litanies and wirds of the formula of faith (kalima tayyiba), and gave charity in his name. However, Allah Most High willed otherwise and intended for him to depart this lowly abode to begin his journey to the next. He passed away two weeks later and reports state that approximately 4,000 people attended his funeral. Had his funeral been in the UK, the number of attendees would have multiplied several folds. But he had always shied away from large crowds and gatherings and maybe this was Allah Most High’s gift to him after his death. He was 75 (in Hijra years, and 72 in Gregorian) at the time of his death and leaves behind eight children and several grandchildren.

Mawlana Yusuf educated, inspired and nourished the minds and hearts of countless across the UK and beyond. May Allah Almighty bless him with the loftiest of abodes in the Gardens of Firdaws in the company of Allah’s beloved Messenger (Allah bless him and give him peace) and grant all his family, students, and cherishers around the world beautiful patience.