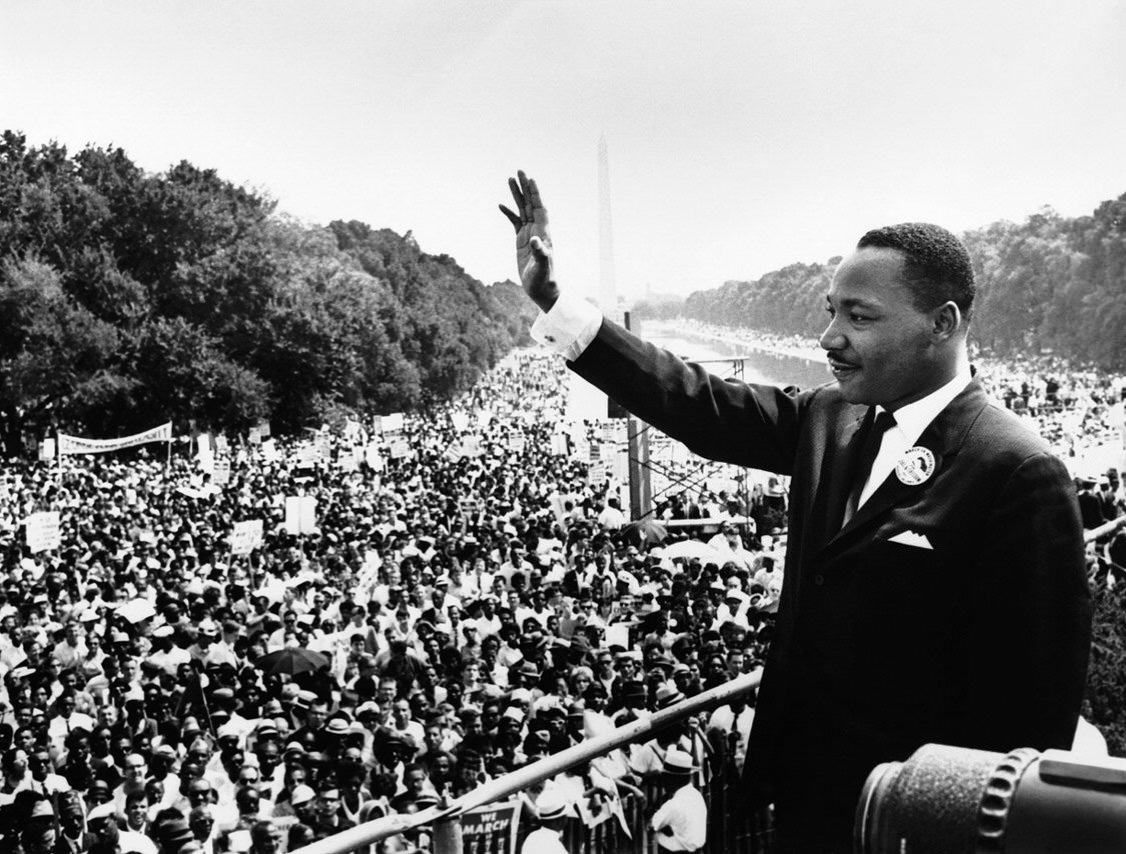 I will first start with a verse from the Qurʾān, which I will recite in Arabic and then read the English translation.

“Truly, God does not change the condition of a people until they change what is in themselves.” (Qurʾān 13:11)

America is facing immense challenges today. Often, pressure is put on our leaders and politicians to solve them. But tonight, I would like to focus on another group of people. A group that’s supposed to hold the real power. A group that have always helped reform America. These are the American citizens, people like you and I. Because we are the people America desperately needs today. But where are the American citizens today?

To understand our place in society, we have to understand the concept of popular consent. Popular consent is how democracy runs– we elect our leaders, who represent us in government. But in our history, consensus has been a double-edged sword, because it was consensus that once endorsed slavery, that prevented women from voting, that kept alive segregation and racism after it was outlawed.

So, consensus can sometimes mask a country’s true ideal, because the opinions people have can be manipulated. Fringe groups understand too well the power of fear and bigotry. The impact the KKK had for example, was to de-sensitize Americans to levels of violence and terrorism they would have previously never accepted. This is what made racism so rampant and hard to overcome.

And this is why Dr. King was so special: he was able to fight a skewed consensus, by popularizing the concept of freedom and dignity and the idea that “we are all created equal.” He realigned America with its own constitution. And that was his dream.

But yet again, America’s vision has become clouded, thanks to the steam of hate mongers. We no longer look at our nation with hearts that believe in “we are all created equal,” but with suspicions based on ethnicity and religion. When it comes to terrorism and Islam, the American public has again tragically been misled.  For it is not Islam or Muslims that we see, but rather unconcealed hate from fringe groups on both sides, which only desire to make us forget that “we are all created equal.”

And many of us have forgotten. Now, instead of lynching in the south, or concentration camps in California, we have Guantanamo and the Patriot Act, and full body scanners.

And so today, I have a dream to make “we are all created equal” a reality. And I need your help.

It will perhaps surprise you that I was never taught the Islam most Americans learn from their televisions. The Islam I was taught by my madrasah, which is the Arabic word for school – not terror camp -, actually gave me many lessons that can benefit America today and clear our vision.

At madrasah, I learned the true meaning of mercy and love – how one would never gain mercy from God if he never showed mercy to God’s creation, how mercy and a concern for society’s well being is a natural extension of faith, that removing obstacles from the road was really a form of worshiping God.

I learnt that the Prophet Muhammad said that leaders are the servants of their communities – that they should serve the public before they serve themselves. 14 centuries ago, he established that lobbying was illegal, that it was wrong to use government money for funding personal luxuries. The Prophet Muhammad himself developed the institution of shura – a democratic council wherein he consulted his followers, and took their opinions. Because, at the end of the day,  he desired to do the most correct thing.

And the most profound lesson I learnt was from the verse I just recited. ““Truly, God does not change the condition of a people until they change what is in themselves.” (Qurʾān13:11) And I believe this message is extremely relevant to America.

Because, America, whenever it strayed away from its Constitution, was always reined in by its citizens, such as Dr. King, Malcolm X, and so many others. And this is what brings me immense hope.

Ladies, and gentlemen – we are the ones who have to change. A healthy democracy requires a healthy citizenry that can build an informed consensus.  We have to realize that there will be no hope, no reform, until we reform ourselves, unless we dig in our heels, open our eyes and realize that the mass media we have been absorbing is doing nothing but promoting the world views of the corporations that own them, that real knowledge about a subject comes from witnessing things for yourself and embarking upon your own path of discovery.

Our democracy is the strongest in the world, and thus we are potentially the strongest citizens in the world. The consensus you and I form, the opinions you and I have, has a huge impact on the world. We have to realize that America will never become a beacon of light in the world, until we become beacons of lights in our communities, that we will never make peace with the world if we can’t make peace with ourselves and our families, that the world will continue to glare at us with angry eyes, so long as we continue to close our eyes to the actions of our government, that our government will never listen to us if we don’t raise our voices, resist the pressure to live in herds, and aspire to become leaders at whatever level we can.

But, today, most of us seemingly are living our own lives, even as our country slips further and further. Yet we must remember: If we are all content to blindly trust our government and stop educating ourselves and participating, we do not deserve our status as citizens and we should not expect any rights.

Ladies and gentlemen, change is long overdue. But, tonight, I want everyone to ask themselves a question:  are we ready to change ourselves?