An interesting observation that comes to notice as one studies the Qur\’an, is that the stories of the Prophets of Allah (peace be upon them) and the details of their Da\’wah endeavors toward their recipient nations are repeated in excerpts throughout the Qur\’an.

Some chapters or Surahs might contain details of some events in the Prophets\’ (peace be upon them) lives, while other descriptions and dialogue between them and the people of their nation whom they called toward monotheism, are found in other chapters.

One common factor that I have noticed about the Prophets\’ (peace be upon them) Da\’wah is that, most of the time, it is centered around first calling the elite, rich and powerful people of society toward the monotheistic message of Allah.

Why target the affluent and powerful people of society first in Da\’wah? 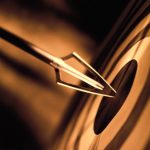 â€œAl-Malaâ€ is a word used often in the Qur\’an to refer to the affluent and powerful nobles, rulers and chieftains who were approached directly by Allah\’s messengers with invitation toward the Haqq. In Arabic, the root of this word, â€œma-la-aâ€, means â€œto fill to the brim or to reach the maximum limit of somethingâ€. In other words, Mala refers to the richest people of the nation.

â€œAl Mutrafeenâ€ is another word used in the Qur\’an to describe the well-off recipients of the Prophets\’ (peace be upon them) message. The root of this Arabic word, â€œta-ra-faâ€, means â€œto live a pleasant, plentiful, luxurious and easy lifeâ€.

In any era, it was mostly these affluent people, the society\’s â€œeliteâ€, who would be the foremost in not just receiving, but also rejecting, the Prophets\’ (peace be upon them) invitation toward Haqq.

Wealth yields economic power and authority in the land:

The wealthy people of any nation set its social trends in motion, have a say in communal decision-making, and initiate and catalyze paradigm shifts in thinking. Notice the rich and famous adopting a certain ritual, habit or lifestyle, and the poor and illiterate will eventually follow suit and try to ape their actions.

That is the primary reason why Allah\’s Prophets (peace be upon them) approached the affluent, powerful people first in Da\’wah, because they knew that if the leaders accept the invitation, it would not be long before the entire tribe or nation did the same.

Wealthy people move around in cliques:

It is a fact that the wealthy of any society, even if they are few in number, know each other through professional and familial connections. Be it land ownership, royalty, kingship, noble lineage, or political power that makes them influential, it is a fact that convincing even one key figure in a nation to revert to Islam can result in a major â€œripple effectâ€ viz. convincing one person becomes a stepping stone for even more key figures of authority to become Muslim.

So why did most of the wealthy recipients reject Allah\’s message?

The question that arises then, is that why did most of the powerful and elite recipients of Allah\’s message, such as Pharaoh, Haman, Qaroon and the able-bodied, prosperous nation of \’Aad, reject the message brought by Allah\’s Prophets (peace be upon them)?

There are several reasons for this rejection, which become apparent via the dialogue between them and the Prophets that is quoted throughout the Qur\’an. The particular verse below makes it clear why the wealthy rejected the message of Allah\’s Prophets (peace be upon them):

â€œAnd when Our Clear Verses are recited to them, those who disbelieve (the rich and strong among the pagans of Quraish who live a life of luxury) say to those who believe (the weak, poor companions of Prophet Muhammad who have a hard life): â€œWhich of the two groups (i.e. believers or disbelievers) is best in (point of) position and as regards station (place of council for consultation).â€ (Qur\’an: 19:73)

Their powerful position in society as compared to the more vulnerable, economically weaker one of the Prophets (peace be upon them) would delude them into thinking that their beliefs, creed and religious rituals were correct and didn\’t need to be changed. 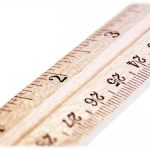 Wealth and power, in other words, became the â€œyardstickâ€ by which they judged the truthfulness of a person\’s message.

Next, since neediness and poverty makes a person more humble toward other human beings and more inclined toward turning to Allah, it was mostly the poor people of any nation who would be the first to accept Prophets\’ (peace be upon them) invitation toward monotheism.

This became an issue of prestige or honor for the chiefs and leaders when the message was presented to them:

The chiefs who the disbelieved among his people said: â€œWe see you but a man like ourselves, nor do we see any follow you but the meanest among us and they (too) followed you without thinking. And we do not see in you any merit above us, in fact we think you are liars.â€ (Qur\’an 11:27)

Thus it becomes obvious that the trial of being very rich is that wealthy people tend to consider only affluence and the social status of another as the primary determining factor in establishing that person\’s truthfulness or authenticity.

They do not look at what someone is saying; rather, only at what he owns, how much power and influence he commands in society, and what kind of people he hangs out with, in order to accept or reject his message or invitation. Any sincere person who fails to come up to their superficial, measurable standards of wealth and social prestige is promptly rejected and further, is accused of being a liar!

Thus, the Qur\’an teaches us that wealth, power and social prestige â€“ blessings that almost everyone desires in life â€“ can become a Fitnah or trial of faith if it starts to stand in the way of a person\’s embracing Islam completely and acting upon the Deen of Allah. When a person has wealth, he starts to think with certainty that he must be on the right path and that Allah is pleased with him. Moreover, wealth can make a person look down upon and deride those righteous people who are sincere to Allah\’s cause but who belong to a lower socioeconomic class. 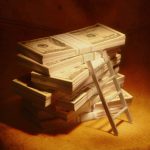 If you are a wealthy person, or are very desirous of acquiring more worldly assets, tangible status symbols, power and influence in society, ask yourself some critical questions: do I refuse to socially mingle with people who are poor? Do I arrogantly rebuke people who try to correct me, or who point out my mistakes, just because I am convinced that I am on the right path that leads to success in the Hereafter, since Allah has blessed me with much wealth in this world? Do I mock religious people because of their humble appearance and/or their belonging to a lower social class?

While we should pray to Allah to grant us His blessings in both worlds, we should also seek refuge with Him from the trials and tests associated with these blessings.

Lessons in Staying Behind – Part 7: To Bring Joy to Another Muslim