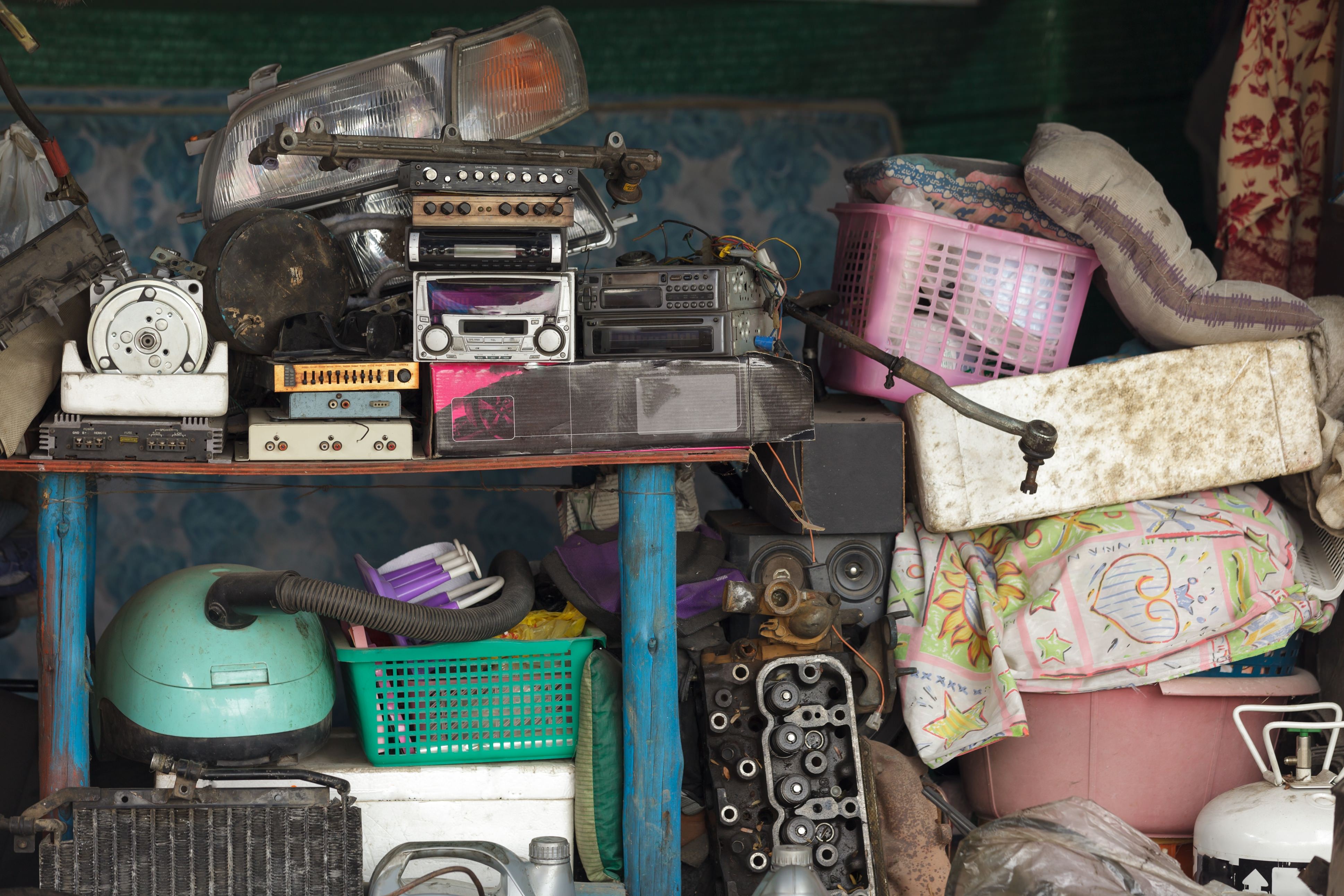 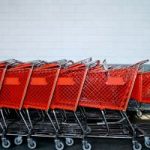 I went straight to my room after returning from my uncle’s janazah (funeral prayer). He died from Leukemia and had just returned from umrah a few weeks before his death. Upon entering my room, the thought that he was being placed into the ground and the men covering him with dirt was so heavy. I thought of how much he helped others whenever he could, whether financially or psychically. I thought of how he would drive my mom every Saturday for nearly an hour to take her to a Qur’an class in a different city because she was scared to drive for such a long distance at night time. He would drive around in his bright blue hatchback from 1995, even though he was more than able to afford a newer, shinier car, because he thought it was a waste of money. I thought of his small apartment and his belongings and who would sort through his things. I then started to look around my room, books here, clothes there, CDs on that side and packages on the other.

I couldn’t hold back the tears.

أَلْهَاكُمُ التَّكَاثُرُ
The mutual rivalry for piling up of worldly things diverts you,

حَتَّىٰ زُرْتُمُ الْمَقَابِر
Until you visit the graves (i.e. till you die).

This was nearly four years ago. I didn’t realize how many useless things I had until a loved one moved on to the next life and left behind all of his belongings. I thought of my useless belongings and who would go through them after my death.

We live in a word of consumption. We are consumed with consumerism – constantly buying and buying – to the point where we run out of space in our homes for everything we buy. We are transfixed when we see a store that has “BLOWOUT SALE!” written in its window. We can’t help but line up in the freezing cold for that newer model, telling ourselves that we can’t be seen with last year’s model. We swipe and swipe until our cards are worn out. We compete with friends and family to see who can buy the shinier and fancier product first.

For what? For stuff.

said, “Ruined is the slave of the dinar, dirham, and fancy clothes of velvet and silk! If he is given, he is pleased, and if he is not given, he is displeased.” (Bukhari) Who is a slave? A slave is someone who is bound by his master. He must answer to his master when he calls, and he spends his time in servitude to him. Similarly, the slave of money constantly has money on their mind. They think of ways to get more of it while they spend and spend. The slave of money always wants more, and he cannot bear it when he does not receive it. It runs their life, and it is their first priority. The Prophet

says this person is ruined because he will never be able to be thankful for what he has. Allah says,

This cycle of consumerism has turned us into slaves of Dollar Bill, while we should only be slaves to Allah (The Most High). Our servitude belongs only to Him. This worldly life is not meant for us to fill our homes with stuff. We should be using this life to come closer to Allah and not to be diverted from Him. Just as a slave is exhausted from his labor, our constant consumerism tires us. We are consumed with consuming. We are tired. Even if we may not spend constantly, we still own too many things, most of which we cannot even remember purchasing. Piles and piles just lying around.

Allah ‘azza wa jal reminds us in the Qur’an,

This worldly life is only [temporary] enjoyment, and indeed, the Hereafter – that is the home of [permanent] settlement. (40:39)

These possessions that we hoard may be our safety net and our “cool” factor in this life, but the reality will come after we die. These things that we worked so hard for, saved up our salaries for, and stood in line for don’t really belong to us. They cannot keep us company in our graves, rather they will be taken by other people. The Prophet

It will be hard for us to break free of the shackles of Dollar Bill because it is the nature of humans to always want and want. The Prophet (sal Allahu alayhi wa sallam) tells us, “If the son of Adam had money equal to a valley, then he will wish for another similar to it, for nothing can satisfy the eye of Adam’s son except dust.” [Bukhari]

This is how we were created. We will always look to what people have around us and desire it for ourselves. We will slowly walk past that store, and gaze longingly into all that shiny-ness. It is not impossible though to remove ourselves from it. Allah does not burden anyone beyond what they cannot bear. When we taste the sweetness of freedom after slavery, we will see how much it was weighing us down.

We find our best example in the Prophet

. He was undeniably the ruler of Arabia at the time of his death, yet his home was bare. When Umar (may Allah be pleased with him) asked him why he lived in such a way while the kings of Persia and Rome were living lavishly, he responded, “The example of me and this worldly life is like that of a rider traveling on a hot summer day, so he took shelter in the shadow of a tree for an hour, then left it and went on his way.” [Tirmidhi]

After I realized how much stuff I had that day, I’ve taken measures to keep myself from falling into the cycle again:

1- Avoiding malls unless its necessary. Malls are designed to make us buy things and window displays are meant to lure us in. You can keep yourself from the temptation by not putting yourself in that situation.

2- When you get something, give something. It is so easy to forget how much stuff we have piled in our homes. It is only when you move or travel that this realization comes. When you buy something, find something else to give as sadaqah (charity) or give it to a sibling or a friend.

3- Ask yourself if this item will bring you closer to Allah or if it will benefit you after you die. Do you really need it? Most of the time, the answer is no.

4- Stick with people who don’t remind you of at-takathur, the competition to see who can get the best. Surround yourself with friends who compete with you in good deeds instead.

5- Keep it simple. The Prophet

said to be in this world as a traveler. We’ve all seen those poor souls at the airports  struggling to carry and lugging around way too much luggage. Don’t be one of them.

6- Go to a developing country and see how the vast majority of humanity lives. If you can’t go, then read the World News. I’ve never witnessed poverty like I saw in Egypt. I felt disgusted in myself and in our culture for how wasteful and ungrateful we are, while they were so thankful for the simple piece of bread they were able to have for dinner.

7- Read the biography of the Prophet

and the lives of the Companions and righteous and see how they lived. We may not be able to live how they lived, but we can be as simple as they were in our own way. The Prophet

10- Focus on the hereafter, and Allah will give you the dunya. The Prophet

said, “For the ones whose concern is this world Allah will scatter his affair, and place poverty between his two eyes. And he will not get from the world except what is written for him. And for the one whose intention is the hereafter Allah will gather for him his affair and place contentment in his heart, and the world will come to him willingly.‌” [ibn Majah]

If these tips aren’t enough to help you, then think of the last ayah of Surah At-Takathur:

ثُمَّ لَتُسْأَلُنَّ يَوْمَئِذٍ عَنِ النَّعِيمِ
Then, on that Day, you shall be asked about the delight (you indulged in, in this world)!

Can you imagine standing in front of Allah, Lord of all that exists, and being asked about the stuff we spoiled ourselves with?

Free yourself now from the shackles of Dollar Bill, before your time is up and your belongings will be left for someone else to sort through.

Top Ten Things Every Student of Knowledge Should Know