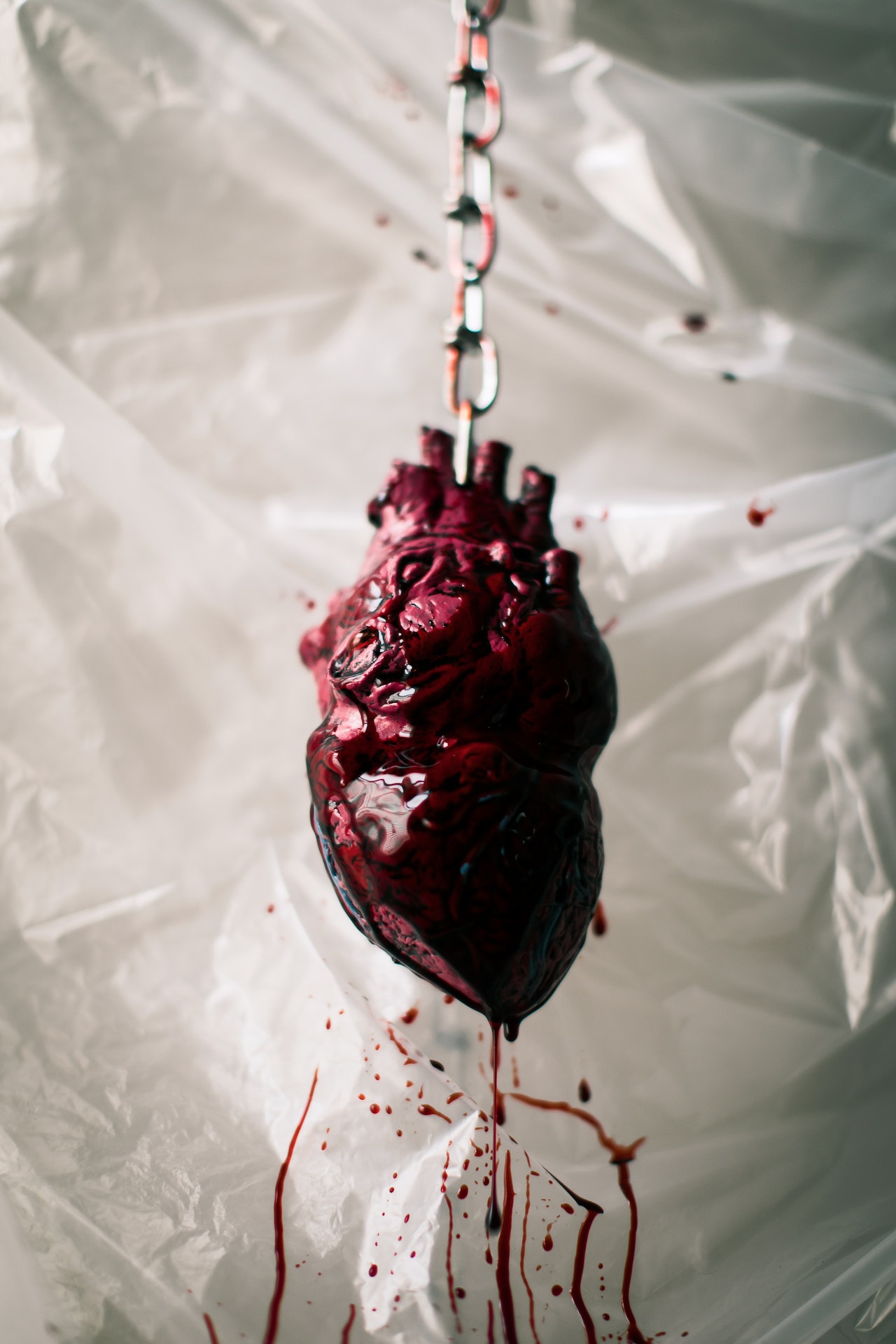 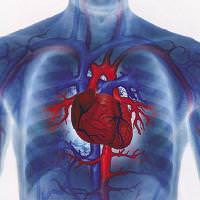 How Clean is Your Heart?

Recently, a Muslim sister sent me an email about an incident that “traumatised” her. She came to attend one of my talks and was greeted with “smug faces.” She continues that she is not overly devout, does not wear a scarf but prays as much as she can and wishes to improve.  As with all of us, at one time or another, she was dealing with a personal tragedy and hardship. After hearing that my talk at the University of Western Australia was titled, “Overcoming a Calamity –An Islamic Self Help Guide to Reformation and Happiness,” she decided that she had to attend. Alhamdulillah, she felt comfortable enough to email me about her experience. Sadly, others simply do not comeback.

All of us, in one way or another, can attest to the fact that ignorance breeds fear.  Hatred and intolerance are usually quick to follow.  An ordinary day can quickly turn to a distasteful night when one encounters an uninformed, ill-mannered individual.  In those situations, anything can happen.

A young Muslim, who does not wear hijab, for instance, may be made to feel uncomfortable while attending an Islamic lecture or course.  Condescending looks, snide smirks, rolled eyes, bullish “dawa” target her.

A young brother, never taught to pray properly at home, is scolded for “not following the Sunnah.”

A new Muslim is kissed and hugged after declaring his testimony of Faith.  Years later, he struggles to find a family to accept his genuine interest in their daughter.

A community member delivers a Jum’ah Khutbah at a local mosque. He, for whatever reason misspoke, as a consequence the whole masjid is deemed a place of heresy and Bidah.

It happens all the time in our community. Not just to our community, but rather, within our domain of action and authority.  In our Islamic Societies, MSAs, Musallah prayer halls, Islamic camps, and public lectures, Muslims at times make other Muslims feel insignificant and marginalised. At times, we can, through our insensitivity and bigotry, make other Muslims feel uncomfortable, unwelcome and unloved.

We, individually and collectively, judge people all the time.  We do so, at times, as subtly and reflexively as a wave of our hand to shoo away an obnoxious fly.

That in fact is a spiritual calamity.  The Prophet sala Allahu ‘alihi wasSalaam (my prayers of Peace and Mercy of Allah be upon Him) cautioned us implicitly and explicitly about judging others reflexively. Equally, he warned us of taking that huge plunge into the abyss of conceitedness and false pride in oneself.

“Verily, there has come unto you a Messenger from amongst yourselves. It grieves him that you should receive any injury or difficulty. He is anxious over you; for the believers (he is) full of pity, kind, and merciful. “

In the third Chapter of the Quran Allah illuminates the nature of the Prophet and his natural inclination and disposition, (sala Allahu ‘alihi wasSalaam).

“And by the Mercy of Allah, you dealt with them gently. And had you been severe and harsh­hearted, they would have broken away from about you; so pass over (their faults), and ask (Allah’s) Forgiveness for them; and consult them in the affairs. Then when you have taken a decision, put your trust in Allah, certainly, Allah loves those who put their trust (in Him).” Ali Imran 3:159

Upon reflection, these verses are aimed at the Ummah of the Prophet (sala Allahu ‘alihi wasSalaam). The intent is not to simply embellish the fame of the Prophet of Mercy (sala Allahu ‘alihi wasSalaam).  Simply, the aim is to build in the Ummah a desire to recreate the modality and conduct of the Messenger of Allah within our domain of authority and oversight.

Can you imagine Abu Bakr or ‘Ali, ‘Umar or Khalid, Allah be pleased with them all, breaking away from the Messenger of Allah?  Harshness, severity of consequence, dwelling on the past, hindering progress, lack of consultation, harbouring suspicion and exposing faults would have driven the most pious of the Ummah away from the spring of mercy, Muhammed (sala Allahu ‘alihi wasSalaam).

“These mosques are not suitable places for urine and filth, but are only for worshipping Allah, remembrance of Allah, prayer and recitation of the Quran. Do not do this again.”

Then the Messenger of Allah, Muhammad (sala Allahu ‘alihi wasSalaam) gave orders to one of his companions to bring a bucket and pour water over it.

The Prophet Muhammad (sala Allahu ‘alihi wasSalaam) smiled and corrected the man, “Do not confine the limitless! You have constricted the vastness (of Allah’s Mercy) into narrowness.”

Mercy, forbearance, kindness and genuine love for his fellow man are hallmarks of the Messenger of Allah (sala Allahu ‘alihi wasSalaam).

That is the mark of the believer.

The Sahaba were not infallible.  We forget that living amongst the Prophet (sala Allahu alihi wasSalaam) and amongst his noble companions, there were those who were sinners, adulterers, alcoholics and hypocrites.

Allah the Almighty says, “Make allowances for people, command what is right, and turn away from the ignorant.” (7:199)

The Sunnah is love and forgiveness.

The Sunnah is clemency and sincerity.

The Sunnah is putting others first.

The Sunnah is easy to read about, difficult to implement, except for those whom Allah has granted Mercy.

Islam is a way of life that is not built on ostentation and showiness. The apparent aspects of the different acts of worship are, according to Islam, meaningless unless they are motivated by sincerity and devotion to Allah and the service of others. True worship, when sincerely motivated, produces effects within the individual’s heart which result, amongst other things, in righteous and just conduct with others.

Why do we see in others what we fail to see in ourselves?  How is it that we can overlook other person’s feelings so readily and easily?  Why does it take us so long to admit to someone that we wronged them? How often do we misrepresent an occurrence or embellish a story?  Why can we comment on others, and feel disheartened when we discover the same being done to us?

The answer, simple as it is, is that our heart is not truly attached to Allah.  It is veiled behind self-praise, obscured by hate and clouded with jealousy.

The closer you draw to Allah, the more virtuous you become in your conduct with His creation.  The more careful and precise you are in your dealings with Allah, the more reliable your character becomes.  As a general principle – Tawheed builds character.

Often, we overestimate our nearness to Allah and become subconsciously complacent.  Our private worship of Allah weakens.  This resulting darkness settles and permeates upon our spiritual heart.

We sin with our heart long before we sin with our actions.  The root of all righteous conduct is the heart and the sincerity it contains.  It is the pure heart that guides to righteousness and becomes a compass for others to find their way to Allah.  It is the soft heart that shelters others and conceals their indiscretions.   It is the bright heart that resonates with the Quran and its meaning, and finds solace and comforting tranquillity in the remembrance and daily devotions.  It is the heart wherein faith takes root and manifests its reality in our conduct.

So, how clean is your heart?

Related Topics:convertsHeartIslamYahya Ibrahim
Up Next