The CNN Interview released on Islamophobia released on September 2nd, 2010 can be found here while the interview CNN interview on Moderates vs Keyboard Jihadists released August 12th can be found here.  A final story from another prominent print news organization remains pending and will be released in the weeks ahead, insha’Allah, and once that’s posted, we’ll link to that as well. 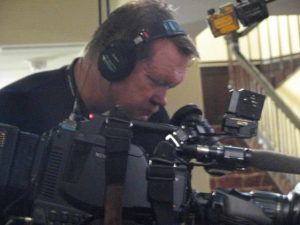 The Media and the FBI

Each year, Shaykh Yasir adds a new wrinkle to Ilm Summit to “raise the bar” so to speak.  This year was no different, except instead of inviting speakers that could tell us all about speaking to the media if in the unlikely event it were to happen or how to speak in a of roundtable discussion that the media was watching and the FBI would be a part of, we were now in the midst of it.

A number of brothers and sisters had the opportunity to speak with reporters from two prominent national news organizations.  The questions raised related to how Muslims felt they were perceived, what difficulties they were encountering, and their take on why the crazy neo-con right hated us so much. 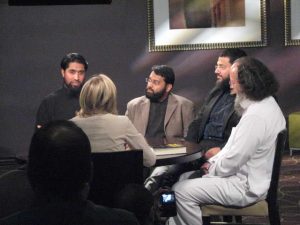 Perhaps the irony of ironies was our beloved Shaykh Jamaal, who we’ve been looking for forever, was all of a sudden interviewing on TV, showing up on national tv to speak out against extremism.  Shaykh Yasir’s elder brother ‘Ubaid (a student of Shaykh Jamaal’s from back in the day as well) said that if this kept up, he was going to start calling him “diva” from now on =)

As for the roundtable discussion, Abu Noor AbdulMalik Ryan (you’ve seen his comments on here before), Mohammed Elibiary (the guy rooting for McCain back in ’08), ‘Iesa Galloway (moderator), sister Rana al-Dabagh, Shaykhs Yasir and Waleed, as well as yours truly sat down with Supervisory Special Agent Brad Deardorff to have a discussion about issues Muslims are facing with law enforcement. There should be a video on it somewhere out there, not sure who has it, but eventually, it’ll be an MM video, and you can see for yourself what we discussed, and if it was substantive or touchy-feely fluffy PR posturing (or a combination thereof =) 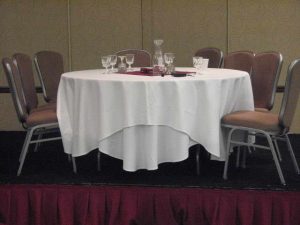 In all honesty, the media was a distraction for me personally, and I think it was so for a lot of students between Tuesday and Thursday. In the past, Ilm Summit was this isolated iman bubble where we’d disconnect from the rest of the world to focus on just seeking knowledge for two weeks.  Having it abbreviated to 10 days, and then adding the interviews and roundtable on top did take away from the academic experience a bit.

The good thing about the media was that was that they weren’t obnoxious jerks looking for gotchas (unless you’re Sarah Palin, and asking about what magazines you read is “gotcha-doncha-know?” journalism) and they were in fact the exact opposite – they were empathetic and looking for our perspective from our perspective. So while their presence was distracting, it was most definitely not unwelcome, and I was glad they came, especially one of the videographers (because I was able to talk to him later about his experiences filming the humanitarian crisis in Haiti).

Insha’Allah once the roundtable discussion becomes available, that’ll be posted as well.