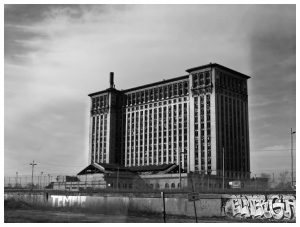 Crossposted from The Manrilla Blog with permission from the author:

The last several weeks’ events have showcased the utter dismay, confusion, and chaos that the American Muslim community is operating under. The recent affairs regarding Colleen Renee Rose, also known as Jihad Jane, Jamie Paulin-Ramirez, and Sharif Mobley, present for us a number of disturbing and urgent dilemmas currently facing American Muslims. It should be staggeringly clear by now that if Muslims in America do not take steps to deal with these issues, the downward slope will only become more and more slippery.

There are many topics or bullet points I can think of when it comes to the aforementioned issues that Muslims face, but I will attempt to list what I have observed to be the most critical ones, as well as hopefully, some ways we can move to address these crises. First amongst these thoughts is the complete absence of authority in the American Muslim community. In a recent conversation with a brother, we both lamented on the fractured structure of authority in the Muslim community here in the States. The reason for this is varied and all the sub-points are beyond the aim of this article, but I would like to point to a couple of social factors that I feel have led to this. The impact of literacy on the modern world has had a plethora of wide-ranging effects and consequences. The results in the Muslim context had had no less impact than it did for modern Europe and America.

There are, however, a number of delicate points to this observation I would like to briefly illuminate upon. Amongst them, has been the tendency to view the Muslim world as “behind” [Robinson 233] the Christian world, in terms of literacy, and in reality, technology. The unquestioned stance of many Orientalist scholars has been to assume for the West and by proxy, Christianity, a tract or trajectory that the West was “a head of the game” if you will. Seen from this position, Islam and by proxy Muslims, could only be seen as lagging behind. Robinson, however, eludes to a number of important points that deserve considerable reconsideration: “…the origin of the negative Muslim response to printing lay much more deeply than this.

Robinson continues by quoting one of the great Muslim thinkers, Ibn Khaldun, from his seminal work, al-Muqaddimah: “The Qur’ān has become the basis of instruction, the foundation of all habits that may be acquired later on” [Khaldun 421]. In this light, it is clear to see that traditional Muslim learning placed an equal if not heavier weight on the necessity of a teacher to transmit knowledge, not merely information. Without the authority of a teacher, the pupil could very well run the risk of reading the work, but not understanding what the book said. While the discussion on this part of the topic deserves much greater attention, I am forsaking it for the time being to simply highlight and underscore the role and distinction that Muslim authority, scholarship and thinking played in the development of Muslim thought and behavior.

You may ask how the relates to the initial point above: the complete absence of authority in the American Muslim community. I would venture to say it has been precisely the uncritical adoption of methodologies and modes of thought, both from the Western secular perspective, which desacrilizes knowledge, reducing it to “information”, as well as from the modern Muslim world, which despite its claims to classical scholarship, simply does not deliver on this. As to the desacralization of knowledge, this to a great extent is what has happened as Muslims have rejected the role of the teacher-student transmission, and have assumed that they would be capable if not better off, to understand Islam by themselves. This has been facilitated by the rapid growth of literacy, especially in the modern Western context where Muslims are much more likely to be literate in their own respective vernaculars. With no criterion to hold themselves to, Muslims have abandoned traditional methodologies for modern secular ones. The result has been the nearly complete dismantling of religious guidance and authority in the Muslim community.

In my opinion, this has been doubly so in America, where Muslims have been living fractured lives, at times best held up through socio-ethnic bonds. As Muslims have dispersed and assimilated into American society, so has the tradition of attachment to real human teachers as guides. The result has been a buffet of sorts: pick and choose without any consequence or consideration as to whether what you’re putting on your plate is good for you. After all, at a buffet, it’s all food, isn’t it? The recent obsession with American Muslims with “traditional” or “classical” Muslim knowledge can been seen as both positive and negative.

I cite positive in that some Muslims have come to realize that modernity is not the be-all and end-all solution to their woes. And while not all systems of knowledge in modernity are fully bankrupt, as some Muslim scholars have contended, it certainly cannot be imbibed without some measure of scrutiny. The negative aspects have been similar to those cited above, namely, the uncritical acceptance of packaged goods. If it looks like and sounds like it’s traditional, then it is. While the contents of the package may indeed include elements of traditional knowledge, the system of delivery is most obviously modern.

I do not use modern here as an epithet, but rather as a critical observation: modernity is not equipped to deliver on the moral, ethical, religious, or spiritual needs of Muslims [for more on this topic, please see Dr. William Chittick’s, Science of the Cosmos, Science of the Soul].

In order to be “traditional,” Muslims in America would have to establish communities in which there are dedicated teachers who can pass on and take responsibility for the knowledge that they pass on. It is this latter part that may have saved our brother Sharif Mobley from his current fate. Brother Mobley, as do so many other young Muslims feel, out of a lack of fulfillment, that they must travel abroad to learn sacred knowledge. Not only is it problematic that there is an assumption that these destinations do in fact contain sacred knowledge simply by proxy of their location in the historic Muslim world, but that such endeavors are not fraught with danger and peril. In a recent Friday sermon, Mufti Imam Anwar Muhaimin commented on very concerning condition that many young Muslims labor under: a linguistic or cultural inferiority complex.

The American Muslim community, to paraphrase the Imam, has provided woeful substance to our young brothers and sisters; substance to feel that they are and can be legitimately Muslim here in America. That we have the infrastructure to provide to them the sacred knowledge they wish to learn. The results from this quietude on the part of the Muslim community in America for the past ten to twenty years, as my wife has put it, has been the development of a linguistic and cultural inferiority complex.

Perhaps if there could be the establishment of more real living and breathing scholars and teachers in America, then perhaps our youth would not have to trek off to the unknown places of the Muslim world, where we cannot assure that what they will be learning will be of a benefit to them, either in this life or The Next. It is my belief, that if we do not work to develop a crop of active and legitimate American Muslim scholars, not just rock star imams, but live-in teachers, then what we have witnessed will only be the beginning of a very long and unattractive nightmare.

To my Muslim brothers and sisters: please help to develop authentic Muslim scholarship, leaders and teachers in your own communities. We are in desperate need of this, not simply doctors, lawyers, and engineers. We are in need of teachers who will, in exchange for the support and cooperation of their respective communities, teach and lead a new generation of Muslims who are so very desperate for the knowledge of Islam, for their lives here and now, as well as for their lives in the Hereafter. Living teachers, living examples, who will take the appropriate and responsible track in how they teach and propagate Islam and the next generation of Muslims.

The above photograph was taken by my father, Pierre Manley. It is the Amtrak train station in downtown Detroit, Michigan. © 2010.

Tariq Ramadan at Cooper Union: Too Much Hype, Too Little Substance