Frazzled, short of time, in a hurry, with no time to talk – does that describe you? Whether you are a religious teacher, an administrator, khateeb, curriculum planner, halaqah leader, children’s program coordinator at the mosque, or a volunteer for any other da’wah-based good work that comes your way in the path of Allah; you might not realize that you are taking your work a tad bit too arduously, resulting in an impending but impairing burnout. When a person feels chronically tired, irritable and stressed, it is a sign that they need to slow down, be it corporate work, housework (for homemaking mothers/women in particular) or even sincere da’wah work.

Irritability, fatigue and lack of recreation is a wake-up call for a da’ee to realize that he or she is swerving away from the sunnah of Prophet Muhammad [صلی اللہ علیہ وسلم]. He had more roles to play on a communal and familial level than any of us, yet he knew how to strike the perfect balance in his life that enabled him to stay positive, cheerful, easygoing, focused (on both work and worship) and most of all, sporting a smiling countenance and a relaxed demeanor whenever anyone met him.

How did he do it? What did he do that kept him stress-free and relaxed? 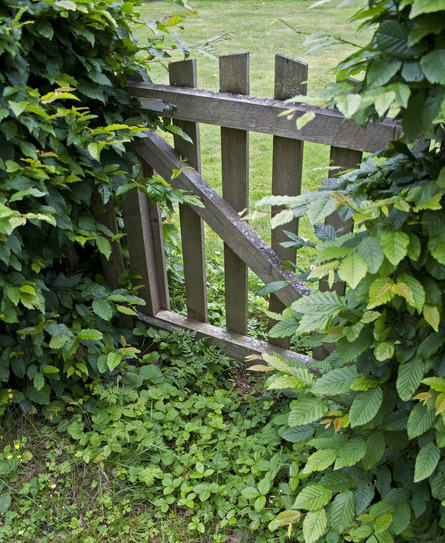 Narrated Abu Musa Al-Ashari: “I performed ablution in my house and then went out and said, “Today I shall stick to Allah’s Apostle and stay with him all this day of mine (in his service).”

I went to the Mosque and asked about the Prophet. They said, “He had gone in this direction.” So I followed his way, asking about him till he entered a place called Bir Aris. I sat at its gate that was made of date-palm leaves until the Prophet finished answering the call of nature and performed ablution. Then I went up to him to see him sitting at the well of Aris at the middle of its edge with his legs uncovered, hanging in the well. I greeted him, and went back and sat at the gate.

I said, “Today I will be the gatekeeper of the Prophet.”

Abu Bakr came and pushed the gate. I asked, “Who is it?” He said, “Abu Bakr.” I told him to wait, went in and said, “O Allah’s Apostle! Abu Bakr asks for permission to enter.” He said, “Admit him and give him the glad tidings that he will be in Paradise.” So I went out and said to Abu Bakr, “Come in, and Allah’s Apostle gives you the glad tidings that you will be in Paradise” Abu Bakr entered and sat on the right side of Allah’s Apostle on the built edge of the well and hung his legs n the well as the Prophet did and uncovered his legs.

I then returned and sat (at the gate). I had left my brother performing ablution and he intended to follow me. So I said (to myself). “If Allah wants good for so-and-so (i.e. my brother) He will bring him here.” Suddenly somebody moved the door. I asked, “Who is it?” He said, “‘Umar bin Al-Khattab.” I asked him to wait, went to Allah’s Apostle, greeted him and said, ‘Umar bin Al-Khattab asks the permission to enter.” He said, “Admit him, and give him the glad tidings that he will be in Paradise.” I went to “Umar and said “Come in, and Allah’s Apostle, gives you the glad tidings that you will be in Paradise.” So he entered and sat beside Allah’s Apostle on the built edge of the well on the left side and hung his legs in the well.

Uthman then came in and found that the built edge of the well was occupied, so he sat opposite to the Prophet on the other side.

Said bin Al-Musaiyab said, “I interpret this (narration) in terms of their graves.”

The above narration is significant in many aspects, but the point for narrating it here, is to show how the Prophet [صلی اللہ علیہ وسلم] and his companions ‘hung out’ together in a casual way. None of them appears to be stressing about any urgent matter, or rushed for reaching somewhere. Notice the way they all stay in the state of ablution as a habit, and of the eagerness with which each companion sought the company of our beloved Prophet – and surprisingly – got it.

Why would the Prophet decide to sit on the wall of a well with this legs dangling inside? Didn’t he have important matters to attend to? Why would Abu Musa decide to dedicate a whole of his day to play the role of gatekeeper of the Prophet? Doesn’t this hadith make clear how all of them were adorably normal people, ones we can relate to now, centuries down the road?

As da’ee’s who should be eager to incorporate the sunnah into our lives, we must try to strike a balance so that we always have time in the week or the month to hang out like this with people whom we love for the sake of Allah.

Unfortunately, though, I sometimes come across colleagues at dinner parties or weddings, who use even these social gatherings as ‘strictly business’ or networking opportunities. Taking out their journals, planners or blackberries, they attempt to engage people they have met after a long time in future work opportunities. They do not realize that one of the signs of being a workaholic is not to be able to divorce yourself from your work even in places or situations that are intended to make you enjoy yourself and simply let go and have fun. Holding mini-work meetings at social get-togethers, and discussing nothing but work, work and work is not part of our Prophet’s sunnah.

Sport with little children (not just your own): 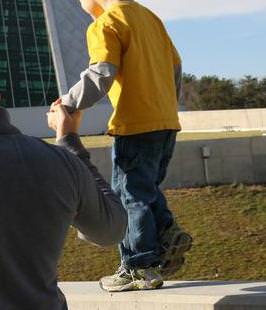 The Prophet would not rebuke or scold children. He’d joke and play with them, and allow them their little quirks. He would allow the children to come close to him, touch him, sit in his lap, and he’d talk to them in a manner they’d be endeared to.

Anas Bin Malik narrated that, “The Prophet was the best amongst people in conduct and manners. I had a brother called Abu Umair and he was weaned at that time. When the Prophet would see him, he used to say, ‘Abu Umair! What has done the Nughair (an Arabian bird)?‘” [Sahih Muslim]

Notice the mention of the nughair in a way that rhymes with the child’s name!

As for those of us who dash out of the room the instant an infant or toddler does something in its diaper, the narration below should act as a reminder to increase our the level of tolerance for little children’s needs:

Narrated Lubabah daughter of al-Harith, “Hussain ibn Ali was (sitting) in the lap of the Apostle of Allah. He passed water [urinated] on him. I said, “Put on (other) clothes, and give me your wrapper to wash”. He said, “The urine of a female child should be washed (thoroughly) and the urine of a male child should be sprinkled over*.”” [Abu Dawud, Book 1, Number 0375]

*[Note: this ruling applies only if the child is still being breastfed]

Chill Out Like The Prophet: Tips For The Stressed Muslim Da’ee – Part II