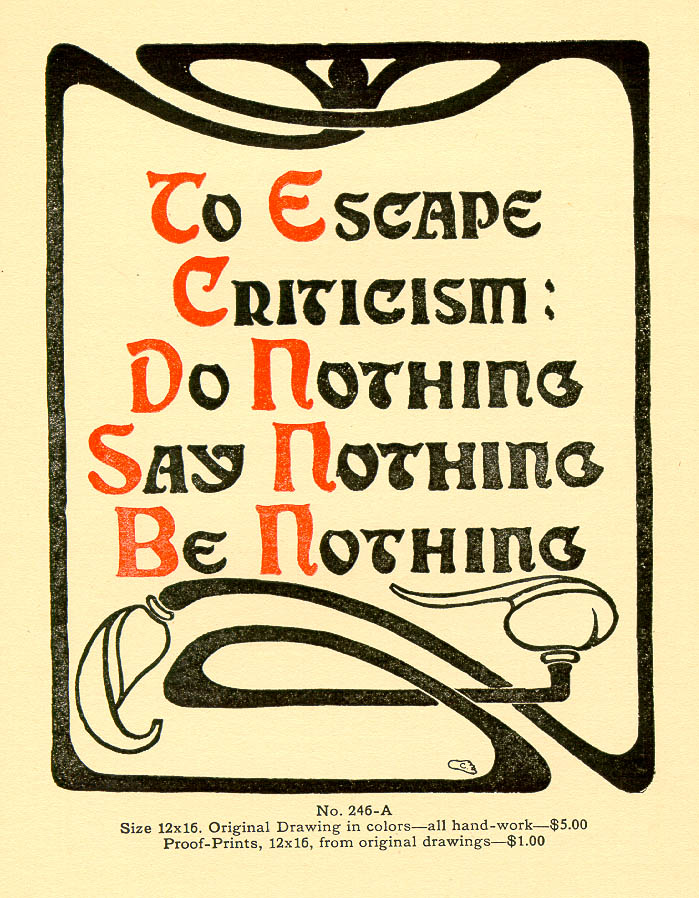 Let us make a second pledge, that we will no longer criticize the efforts of others (as long as that effort is halal).

This pledge is the natural progression to the pledge of not complaining;  for the very fact that a person is actually trying to make an effort towards a solution — even if not the most efficient effort — deserves our commendation and praise. I urge that whenever we see or hear of our brothers or sisters doing good deeds, we only do one or more of the following:

One of the worst traits that Muslim activists possess is our narcissistic love of ourselves and our methods; the mentality that “our way” is the only “right way”, that “our organization” is better than “your organization”, that we “should not do that” until we “first perfect this”, or that we should leave something entirely because we wonder “what is the point?”  Each of these points does nothing to move us forward. So how can we stop ourselves from giving non-constructive criticism?

The First Golden Rule: We Are Judged By Our Efforts, Not By the Outcome

Allah says in the Holy Qu’ran:

“So whoever does an atom’s weight of good will see it” (Al-Zalzalah:7)

Remember that no sincere effort goes unrewarded. A person may spend a lifetime hoping to achieve something that will never end up blossoming; yet that would not be a wasted time or life, as long as the efforts were done with sincerity for the sake of Allah.  In our society of instant gratification, a person’s efforts may sometimes seem fruitless, only to be later redeemed by future generations.

Every person’s individual attempt at changing society works for the benefit of all others.

The Second Golden Rule: Allah Has Made Easy Our Individual Good Deeds

Imam Malik  — one of the great scholars of our past — excelled in his character and conduct. He used to eat well, dress in the finest clothes and wear the best fragrances when narrating the hadith of the Prophet

, and carry himself with dignity in his circles of society. One day, Imam Malik received a letter from a person who excelled in his asceticism advising him to spend more of his time performing acts of worship and being ascetic.   Imam Malik replied to the letter with a great pearl of wisdom,  saying:

‘Verily Allah has divided the acts of deeds among people as He divided rizq or wealth among them. Some are given talents in knowledge and how to spread it while others are given talents in jihad, fasting and so on. So what he (Imam Malik) was given is no less than what Ibn al-Juwairiyah was given and he hoped that both of them are on the right track and do the things that please Allah

, reported that some of the Companions of the Messenger of Allah, [saw], said to him:

What really awoke me up was an incident which happened several years ago.  Someone asked me about a close friend saying:  “So you are more religious, right?”

I froze for a second, then replied back:

“And who is to decide who is more religious? Yes, I may seem to have a more traditional portrait of religiosity (giving halaqas, having a beard, etc.), but he does things for the sake of Allah that I don’t do. He goes to protests to fight for my rights and speak out against injustice, he makes huge efforts in dawah and takes the message out to the public rather than waiting for the people to come, and he commits so much time to masajid trying to improve on their infrastructure and processes.”

I remember thinking to myself that I am introverted at times — shying away from street dawah , political action, and organizations — yet I truly appreciated having a friend in the community who was the total opposite of me, in filling all those gaps which I left behind. From then on, I realized the value of different approaches and promised myself not to criticize others for these different approaches, even if I may disagree or be unable to do so myself. Rather, I would like to work with them when I am able or interested, providing support and sincere advise when I am not, and at the very least just step aside without opening my mouth.

The Final Thought: Imagine a Society Without Synergy

Many anthropologists theorize that when a tribal society moves from a nomadic to an agricultural way of life, the doors of civilization open.  A more stable and increased economy ensues, and those who once spent the majority of their time outside the community on hunting and gathering trips now had the means to stay in the community and take on other roles. Certain members of the society take on the roles/work that provide the basic necessities of life, other tribesman were free to develop professional skills such as making weapons, forging, construction, leather-making, etc. With this seed of diversification comes the ability to turn into a true civilization.

Salah Al-din’s mentor and predecessor,  Nur Al-Din Al-Zenki  — well, at least the actor that played him in the Syrian mini series — said it best when one of his generals mocked the ascetics staying their homes while they had just returned from battles in the cause of Allah. He said:

” Do not mock them! For by Allah, they support us in our battle with their prayers while we sleep soundly in the middle of the night”

What a beautiful statement. This, hmm… screenplay writer understood so well that each person does what he can do best; and although we should strive to be great achievers in every field, most of us just strive in what we can.

Today must be the last day we tolerate complaining and non-constructive criticism, both in our own writings and speeches as well as in our peers.  I have given the means by which any writer, lecturer, scholar or layman know-it-all can face our modern issues with concrete solutions and without resorting to the easy and destructive method of putting down others who are actually trying to make a difference. Let us inshaAllah keep mindset that if we can’t be part of the solution at least not to be part of the problem.

We are all children of Adam, we are all working towards the same goal, and we all have to answer to only One Authority.

A Wake-Up Call For Muslim Parents

Moving Forward: The End Of Complaining