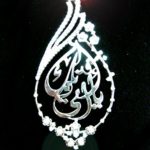 For this edition of the Open Thread, I feel that it’s time we have a good dose of spirituality before we dive into the gritty news once more.

A dip into MM’s Inspiration and Spirituality archives yields many amazing results from which we can all take benefit. These days, with so much focus on the latest political news around the world, we are perhaps forgetting some of the most important, core aspects of our Deen: our relationship with Allah, our worship of Him, and how it affects us as individuals and as a society.

On that note, we present some MM Golden Oldies:

THE OCEAN OF MA‘RIFAH: SHALLOW & DEEP
In explaining the hadith: “Know Allah in times of prosperity and He will know you in times of adversity,” [7] Ibn Rajab writes about ma‘rifah , or knowing Allah:

“A servant’s ma‘rifah of his Lord is of two levels: Firstly, a general acquaintance which involves acknowledging, affirming and having faith in Him: this type of ma‘rifah is common to all believers. Secondly, a deeper type of ma‘rifah, or acquaintance, which leads to hearts being totally inclined to Allah: devoted to Him; intimate with Him; at peace when remembering Him; being shy of Him; and being held in awe of Him. This is the specific type of ma‘rifah around which the gnostics, or ‘årifun, revolve – as one of them remarked: “The poor people of this world have departed from it without xperiencing the most delightful thing in it.” He was asked: What is the most delightful of things? He said: “The ma‘rifah of Allah, Mighty and Majestic is He.” Ahmad ibn ‘Asim al-Antaqi said: “I desire not to die until I attain ma‘rifah of my Lord. I do not mean ma‘rifah in the sense of merely believing in Him; but a ma‘rifah so that, when I know Him, I feel shy of Him.”

Having fortified our souls with reminders of spirituality, we can turn our refreshed gazes to the grim reality:

JERUSALEM (AFP) — An Israeli human rights group on Monday called for the immediate dismissal of the chief military rabbi, claiming he gave soldiers fighting in Gaza pamphlets urging them to show no mercy.

Middle East peacemaking has been smothered in deceptive euphemisms, so let me state bluntly that each of these claims is a lie. Israel, not Hamas, violated the truce: Hamas undertook to stop firing rockets into Israel; in return, Israel was to ease its throttlehold on Gaza. In fact, during the truce, it tightened it further. This was confirmed not only by every neutral international observer and NGO on the scene but by Brigadier General (Res.) Shmuel Zakai, a former commander of the IDF’s Gaza Division. In an interview in Ha’aretz on 22 December, he accused Israel’s government of having made a ‘central error’ during the tahdiyeh, the six-month period of relative truce, by failing ‘to take advantage of the calm to improve, rather than markedly worsen, the economic plight of the Palestinians of the Strip . . . When you create a tahdiyeh, and the economic pressure on the Strip continues,’ General Zakai said, ‘it is obvious that Hamas will try to reach an improved tahdiyeh, and that their way to achieve this is resumed Qassam fire . . . You cannot just land blows, leave the Palestinians in Gaza in the economic distress they’re in, and expect that Hamas will just sit around and do nothing.’

WASHINGTON, DC  – Congressman Keith Ellison (D-MN) was appointed to serve on the House Foreign Affairs Committee by Speaker of the House, Nancy Pelosi (D-CA).  Ellison will serve on the Middle East and South Asia Subcommittee, as well as the International Organizations Human Rights and Oversight Subcommittee.

“I am pleased to appoint Congressman Ellison to the Foreign Affairs Committee,” said Speaker Nancy Pelosi.  “I am certain he will do an excellent job with his deep understanding of foreign policy issues and his strong commitment to peace and diplomacy.”

“I am honored to accept the Speaker’s appointment to the Foreign Affairs Committee.  I am convinced that diplomacy and development must be elevated to the proper place as instruments of peace-making,” said Ellison.  “I am pleased to have this opportunity to have a more direct role in the pursuit of peace, as well as the pursuit of economic opportunities for the 5th Congressional District,” Ellison stated.

Ellison noted that he hopes to support President Obama’s efforts to restore and enhance America’s standing in the world as a beacon of democratic ideals.

“President Obama has said he wishes to initiate a partnership with the world based on mutual respect and mutual interest,” Ellison said. “I concur wholeheartedly with him, and stand ready to help,” Ellison said.

Ellison was repeatedly called on by both the Bush Administration and Democratic leadership to lend a helping hand in strengthening democratic ideals to varying visiting dignitaries, academics and students.  He also participated in numerous trips abroad for the same purpose.

The 5th Congressional District, which Ellison represents, is the most culturally rich and ethnically diverse district in Minnesota.  Ellison hopes to use the Foreign Affairs Committee as a springboard to facilitate mutual trade opportunities between Minnesota and the world.

When Israel expelled Palestinians: What if…