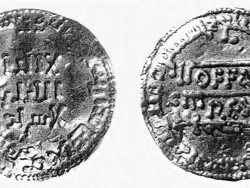 John Donne, the seventeenth-century English poet and preacher, wrote in his Meditations: “No man is an island, entire of itself; every man is a piece of the continent, a part of the main.” In these lines, Donne expresses a notion more apparent to us today in our globalised world than in the Jacobean age in which they were actualy penned: our interconnectedness with others. This, in turn, goes to highlight a quality so quintessential to human nature: our need and our interdependency on others. One of the most famous descriptions about Man describes him as a ‘social animal’. That is to say, it is part of his nature to form groups and communities and to live in a social set-up or society.

Man: the Social Creature
In classical Arabic, the notion of Man as a social creature is etched into the very word for man, insan, which – according to one of the two lexical views – has its root in the word, anisa: to be friendly, sociable, genial. Raghib al-Asbahani, one of the premiere classical Arabic lexicalists, says of its etymology: “It is said that he is called this because he was created with a nature to not be able to establish his affairs save by being sociable with others. This is why it is said that man is civil, or social, by nature (al-insan madani bi’l-tab‘).”[1]

Ibn Taymiyyah, another medieval jurist, addresses the sociological phenomena of man, spot-lighting: “The welfare of people can never be perfected, not in this life nor in the next, save with society; mutual aid; and mutual co-operation, so as to procure benefit and ward off harm. This is why man is said to be social by nature. So when men group together there must be things they must undertake so as to procure their welfare, and things they must avoid because of the harms they entail. They will, therefore, obey someone who commands these [desired] objectives and proscribes the harmful … Thus the Prophet, peace be upon him, ordered his nation to appoint authorities over themselves, and to instruct these authorities to render back things held in trust to their rightful owners and that when they judge between people, they judge justly.[2] He ordered them to obey those in authority as part of obedience to God, Exalted is He.”[3]

He then concludes: “Now since the smallest of groups and the most limited of societies are obliged to put someone in overall authority, the same must apply when greater numbers are involved.”[6]

British Muslim Leadership
The implications of this religious and rational imperative for Muslims in Britain (equally applicable to Muslims in America and Europe) will not be lost on the reader. The question of who can best represent the diverse communities of Muslims living here in Britain is one that stokes fierce debate and controversy. Regretably, it has also given rise to a plethora of inter-Muslim invectives. Yet amidst this quagmire of contention a consensus seems to be emerging about what type of leadership British Muslims wish to see representing their hopes, aspirations and interests.

This leadership must be one that understands Britain and its society: its history, institutions, culture and collective identity. Moreover, such leadership must be, as far as possible, local; indigenous; British born and bred, such that it is part and parcel of the social fabric, and so that society at large may better relate to it. More importantly, if leadership is indigenous there is often a deeper sense of commitment that may not otherwise emerge if the engagement is borne simply out of a sense of ‘duty’.

The leadership should not only work for the welfare of Muslim communities,[7] it must, of necessity, work for the welfare of society in general. “None of you [truly] believes,” informs a famous hadith, “until he loves for his brother what he loves for himself.”[8] No less that Imam al-Nawawi explained, “It is preferred to understand this as a general brotherhood so that it includes the non-Muslim and Muslim alike.”[9]

Such an outlook accords with the Qur’an and its dual address: “O you who believe – ya ayyuhal-ladhina amanu, and: “O humanity – ya ayyuha’l-nas.” Shaykh Bin Bayyah, a distinguished jurist of the contemporary age, explained to an American Muslim audience how: “We have to maintain those things that are particular to us as a community, but we must also recognize that there are other things that are not particular to us, but instead are general to the human condition that we can partake in […] We have to maintain our roots. We have deep roots in our faith, but at the same time we have to be open.”[10]

The leadership must focus on domestic responsibilities and obligations and not allow them to be overshadowed by foreign agendas peripheral (or irrelevant) to the British Muslim context or priorities. Yet at the same time, since it is part of a transnational ummah, it cannot be indifferent to matters of global Muslim concern. Most certainly, leadership of British Muslims should in no way be under the ‘patronage’ of foreign governments or their funds; or even foreign Islamic movements.

This raises the rather complex question about the relation of such leadership to government. Should it remain aloof from government, with the likelihood of being politically marginalised? Should it take on the semblance of a grassroots, activist-like movement? Or should it seek to gain government’s ear? One thing is certain, which is that any leadership perceived as being ‘fed’ by government, or too pally pally with it, stands in danger of alienating itself from the Muslim masses and exposing itself to the charge of being a sort of “house Negro” – to borrow Malcolm X’s phrase. Then there is the concern of government’s friendly embrace which can so easily morph into a rib-crushing bear hug! Whatever be the case, it does not behove a believer to be a mere armchair critic. An ancient Arabic proverb recalls: “Either lessen your criticism or fill in the gap.” Either something better than what currently exists be brought to the table, or else working to improve existing institutions of leadership becomes the obligation. Beyond that, supplication and silence is the approach required if we are to steer clear of acting like rabble-rousers or sowers of schism and sedition.

Imam al-Sa‘di stated towards the end of the first half of the twentieth century: “[T]his endevour to unify the Muslims and this appeal to effect reconciliation between them is the best of deeds. It is, in this age, better than being engaged in [optional] fasting or prayer. It is also from the greatest and most important forms of jihad in God’s path.” [11] Furthermore: “Muslims are required to not let differences between them in regard to their various schools of thought, or in [issues of] leadership, politics or personal interests, become an obstacle against them actualising religious brotherhood and unity. Instead, they should make all such differences and partial interests subordinate to this great principle.”[12]

Any leadership of the British Muslim communities must, if it wishes to remain true to the essence of the faith, provide sound ethical and spiritual leadership; the least of which is that it should keep at bay the tendency to exploit each and every religious issue in order for it to gain political mileage.

How it engages as well as articulates the anger, frustration and alienation that presently characterises a large swathe of Britain’s young Muslims will be a key factor in determining just how genuinely representative such leadership is of the nation’s one and a half plus million Muslims. Above all, British Muslim leadership must set-out a clear vision for Islam in our contemporary society: a vision, to quote Abdal-Hakim Murad, that must be “rooted in immediate and sincere concern for human welfare under a compassionate God”