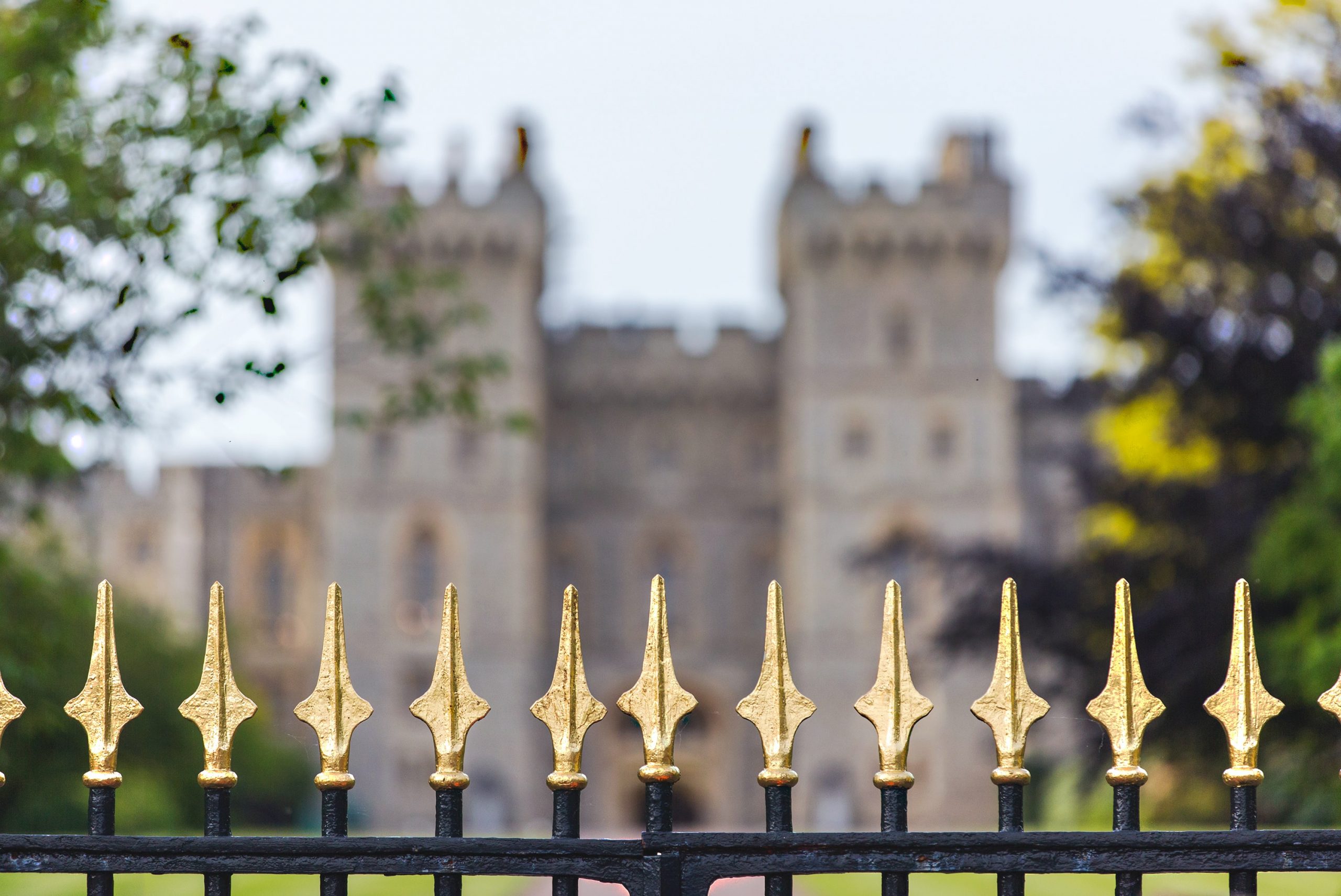 The reaction by some Muslims to the pageantry surrounding the death of the British monarch was a sight to behold. Some commiserated, others used Islamic expressions and phrases, yet others prayed for the deceased queen or –in at least one instance, where it was not quite clear if a person was a Muslim– made a prostration (sujud) next to her coffin. These examples constitute a particular form of monarchy-envy. They indicate the yearning for political stability, which is elusive in many Muslim countries.

The feeling of monarchy-envy, a wish to have a monarch or a strong leader, is puzzling because many Muslims live in republics without monarchical rule. Yet, some Muslims have been conditioned through history about the need for a strong ruler. The sight of an orderly transition of power is sorely missing in many Muslim nations, especially in the Middle East.

What is baffling in the Muslim reaction is that they live in countries that were formerly colonies, many of them under British rule. What we have witnessed, in fact, is a particular form of monarchy-envy by the people who are failing at self-governance and are romantically imagining a kingly savior who would rescue them from the depressing situation in which they find themselves. Envious of the glory of the British monarchy and humiliated by the constant oppression of their leaders, they imagine a righteous king who would rescue them from the unbearable present. Whether they want a king or a monarchical caliph, the yearning for justice and stability is so deep that it seems many Muslims are ready to surrender their freedom. The gifts of self-governance and freedom become a burden for the people who are unsure of their selves.

“Appoint a King for Us”

In the second surah (chapter) of the Qur’an, we are told the story of the Israelites who demanded from their prophet at the time -whom the Biblical tradition identifies as Samuel

– to appoint a king for them. This demand came after a history of defeats and attacks by the outside enemy forces. The Israelites thought that Samuel was getting old and that his children would not be able to govern and defend them properly. They had no faith in themselves and were ready to surrender the hard-fought freedom to a king. Like the Muslims today, the Israelites then had a choice: either find a way to govern themselves in the light of the prophetic teachings that lead to freedom, or subject themselves to a king.

The Qur’an narrates this event as follows: 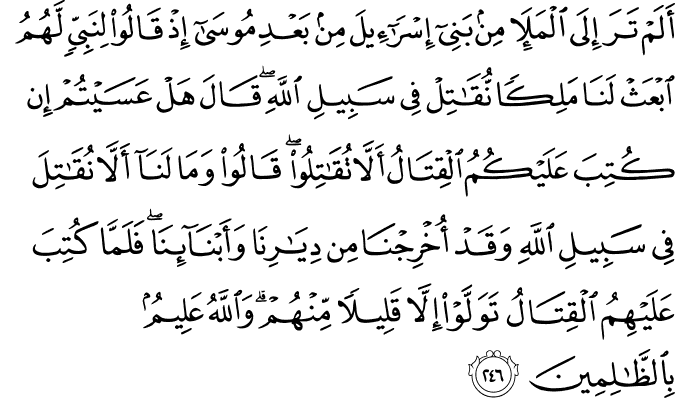 “Consider the leaders of the Children of Israel who came after Moses, when they said to one of their prophets, ‘Appoint a king for us and we shall fight in God’s cause.’ He said, ‘But could it be that you would not fight, if it were ordained for you?’ They said, ‘How would we not fight in God’s cause when we and our children have been driven out of our homeland?’ Yet when they were commanded to fight, all but a few of them turned away. God has full knowledge of those who do wrong.” [Al-Baqarah, 2:246]

Looking at the Bible, according to the Old Testament, Samuel appointed his sons as judges, but they were corrupt. So, the leaders of the Israelites came to Samuel and asked him to appoint a king “to become like all the nations.” Samuel complained to God about this request. God answered that the people were not rejecting Samuel; they were rejecting God and His commandments. They constantly did so after the demise of Musa/Moses and served other gods. God’s instruction to Samuel was to inform people about the ways of the kings and let them make their choice. This event was the beginning of the kingship among the Israelites after the judges had ruled them for generations.

Samuel warned the Israelites that the king would conscript their sons as soldiers, employ others as laborers, collect taxes on crops and other wealth, put their women to work, and generally enslave them. When that happens, they will call unto God to rescue them, but “the Lord will not answer you in that day.” People who surrender their freedom and enslave themselves to a king forfeit the right to Divine intervention.

This story is embedded within the Muslim experience too. After Abu Bakr

, among the things he said were the following words:

“I have been elected your Amir (leader), although I am not better than you. Help me, if I am in the right; set me right if I am in the wrong. Truth is a trust; falsehood is treason.”

We can discern several principles from this:

This Republican moment did not last long. After the death of Imam Ali

, the monarchical forces gained momentum. The history of the Umayyads, after Imam Ali was assassinated, is the history of the contestation between monarchical usurpation and Republican supporters. The protracted fighting among the Muslim groups led them to accept the compromise solution: they would gain some stability through the royal rule. Still, they will surrender the right to elect their leaders and accept the life of habitual humiliation and servitude at the hands of kings and monarchs.

Al-Bukhari narrates in his Sahih an interesting story when one of the companions, Jarir

, was in Yemen and met two wise men. One of them, Dhu ‘Amr

, eventually became a Muslim. Upon hearing that the Prophet

passed away and that Abu Bakr

was elected a caliph, Dhu ‘Amr offered the following observation:

“You, the nation of ‘Arabs, will remain prosperous as long as you choose and appoint another chief whenever a former one is dead. But if authority is obtained by the power of the sword, then the rulers will become kings who will get angry, as kings get angry, and will be delighted as kings get delighted.” [Sahih al-Bukhari, Kitab al-Maghazi, Hadith no.4359]

This prediction came to pass. Eventually, the Muslim jurists accepted authority “obtained by the power of the sword” (hukm al-taghallub). The Muslims succumbed to the desire to “become like all the nations.” The jurists played their part and devised various ways of legitimizing this usurpation of power. Nonetheless, they always maintained that the ideal way of selecting government is through ikhtiyar – a free (s)election. This option, however, was rarely available. For generations, Muslims have been ruled over or governed. They did not govern or had an opportunity to learn how to do so.

The Gifts of Self-Governance and Freedom

Self-governance is hard. Abdicating one’s responsibilities and leaving governance to an un-elected few is an easier option, but one that results in complete negation of one’s autonomy and leads to subjugation and humiliation. Self-governance requires self-discipline, personal responsibility, self-awareness, and a basic level of education. One could argue that these four elements are at the core of Islamic teachings. Yet, the Muslims –especially in the Middle East– seem to be at difficulty mastering these elements; leaving them either incapable of self-governance or eagerly ready to embrace a strong leader, either of monarchical or authoritarian orientation –and frequently both.

The road from authoritarianism to freedom is not easy and will not come without sacrifice. Even a casual student of Western societies would conclude that they had paid a high price for enjoying the freedoms they have today. Through a series of revolutions and wars, they have come to a more representative form of government that allows them to be free from monarchical and clerical tyranny.

Of course, Western societies are not perfect. But they have, for the most part, achieved a much higher level of self-governance, ensured respect for human freedom and ingenuity, and protected people from arbitrary powers of the government. 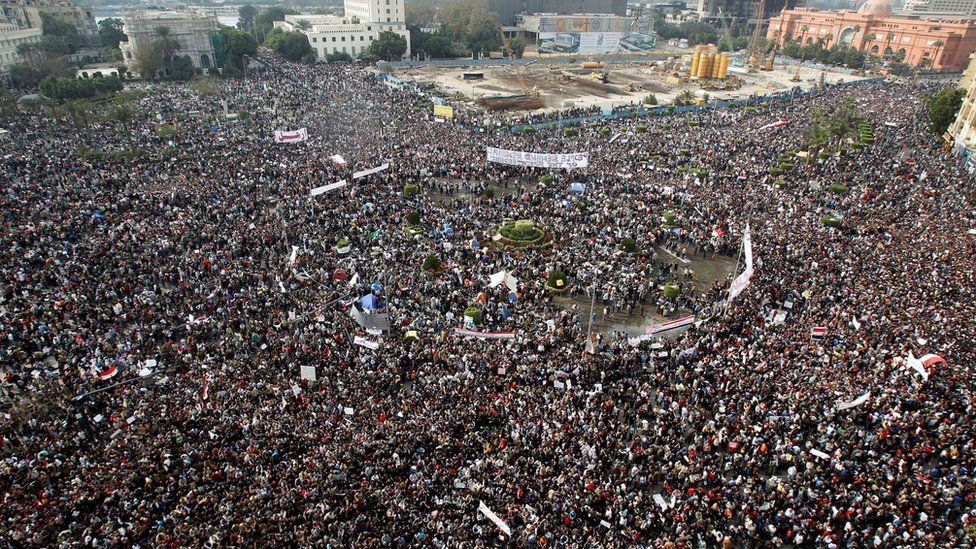 The recent Egyptian and Tunisian examples provide a cautionary tale. After a very brief flirtation with democracy and self-governance, many were eager to accept a strongman. The people who, for much of their history, had known only a tyrannical rule felt disoriented when granted an opportunity to govern themselves. Many, unfortunately, gave up on democracy too soon and surrendered their long-awaited and hard-fought freedoms to a dictator. Winning back those freedoms is now going to be exponentially more complex.

Abdul Rahman al-Kawakibi (d.1902), a Syrian thinker, wrote in his inspirational book The Nature of Tyranny, that Islam is free from despotism, tyranny, and dictatorship. These phenomena have existed in Muslim history but were far from the ideal state of things. More than a century later, the spirit of al-Kawakibi’s ideas calls upon Muslims to reject monarchy-envy and adopt self-governance and freedom.

The road toward these goals will not be easy, but it is the only way to secure the dignified future that so many are yearning for – and that God intended for His followers.

– Who Speaks for Islam? Part 2- Democracy or Theocracy

Who Speaks for Islam? Part 2- Democracy or Theocracy

– Part I | The Decline of the Ottoman Empire

Part I | The Decline of the Ottoman Empire

Ermin Sinanović is executive director of the Center for Islam in the Contemporary World (CICW) at Shenandoah University, where he is also Scholar in Residence. His Twitter is @SinanovicErmin, and his personal website is www.erminsinanovic.com.