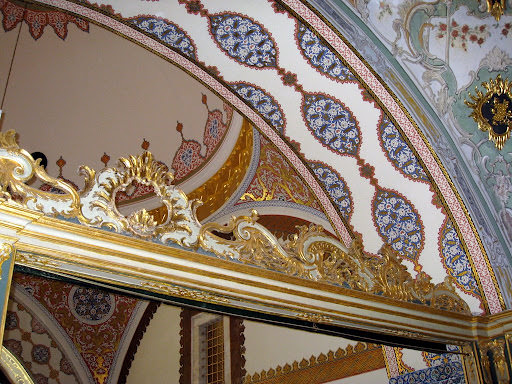 Empires can be likened to complex kaleidoscopes which change colours through time. For this reason it is difficult to see if an empire is steadily weakening or reforming by changing colour. Hence there is much debate over when the Ottoman Empire began to significantly decline. Historians such as Dan Smith, Edward Freeman, Albert Hourani assert that the empire began to steadily decline after the death of Sulayman the Magnificent in 1566.[1] Others such as Donald Quataert claim that the reformations in the late 17th and 18th Century “should be seen as transformation but not decline”.[2] Some such as Stanford Shaw traced the starting point of decline from “midway in the reign of Sulayman and continuing almost without pause until the end of 18th century,” however the Europeans only noticed this decline in the 17th Century.[3]

Despite the disagreements, the majority agree that it was during the reign of Sulayman that the Empire reached its zenith. Therefore this paper will deal with the major events which took place after Sulayman. I will look at the four sources of power claimed by Michael Mann; military, economic, political, ideological[4] and show how the Ottomans steadily lost power in each of these areas.

Firstly, from a military perspective the Ottomans began to be defeated in battles and despite a few victories, overall they lost and subsequently began to contract. The Ottomans, who began as a warrior state against the Byzantine Empire, were known for their military edge. However with the discovery of the New World and thus the wealth which flowed into Europe, they advanced technologically and militarily and so the balance began to tip. This was exasperated, as Hourani says, by the end of the 16th Century as rulers who were weak in character and intellect came into power.[5] This stopped military progress as this curtailed the constant quest for better and more effective military strategies.

The Ottomans lost many battles and signed many treaties but four incidents marked as major milestones in the Empire’s decline. The first were the Ottoman-Habsburg wars. In 1683 they were defeated by the better trained and technologically advanced Habsburg army outside Vienna. This was followed by a further defeat in 1687 at the battle of Mohacs which freed Hungary from Ottoman control.[6] In 1697 they were again defeated by the Habsburgs at the Battle of Zenta which was the impetus for the Treaty of Karlowitz[7]. This treaty signified the end of Ottoman power in central and south Eastern Europe and the beginning of the Habsburg dominance.

The second was the Ottoman-Russian wars in 1768-1774.[8] The war which was a decisive Russian victory culminated with the Treaty of Kukuk Kaynarca in 1774. This treaty had devastating effects. Crimea, where the population was mainly Muslim[9], became independent (later annexed by the Czarist state[10]), which meant the Ottoman lost the Crimean Khan’s military forces. This force was particularly important as it had supported the Ottoman army since the revolt of the Janissaries (more on this below). The Ottomans also had to lose their monopoly over the Black Sea. Moreover the Russians now had the right to protect the Christians in the Ottoman Empire which marked the first time another power ratified their authority. [11] But later, as Quartaert who denies the decline in the 18th century points out, some of these agreements were revoked as the Ottomans won a few other battles where they regained the Black Sea monopoly and Russia withdrew from the principalities.[12] Yet overall the Empire did not territorially expand.

The third major turning point was the invasion of Egypt, the jewel of the Empire, by Napoleon Bonaparte in 1798.[13] This effortless victory shattered the illusion of the powerful Ottoman Empire and hence this gave Europe more confidence to divide and conquer in the later years. When the French left, Mohammad Ali came into power in 1805 and modernised Egypt. He destroyed the Mamluks who were against reform and created a modern army and navy trained by the French. His increase in power decreased Ottoman control in Egypt and from that point on Egypt’s revenue no longer went to Istanbul.[14] However they did collaborate when they had the same interests for example the extermination the Wahhabi movement in Arabia.

The fourth major turning point was the Greek revolt in 1821-1830. In Romania and Greece they wanted independence and supremacy to lie with the Greek Orthodox rather than the Turkish Muslims. At first the Ottoman army were unable to subdue the revolt but were successful with the help of Mohammad Ali’s new army and navy. However with European intervention their army was defeated and in 1830 at the Treat of London, Greece was declared an independent state. This was an inspiration for other Christians to gain independence and use the European powers to their advantage.[15]

From an economic perspective, the Empire was also suffering by the international development in trade, industry and finance.  In the 16th Century Europe was on the hunt for gold and so they focused on the navigation of the seas to find new trade routes. As early as 1580 Ottoman geographers warned the Sultan of this new trend. Omer Talib wrote, “Now the Europeans have learnt to know the whole world; they send their ships everywhere and seize important ports. Formerly the goods…used to come to Suez and were distributed by Muslims to the entire world. But now these goods are carried on Portuguese, Dutch and English ships…the Ottomans must seize the shores of Yemen and the passing trade…otherwise Europeans will rule.[16]”

Exactly as Talib predicted, the world trade which used to flow through the Ottoman Empire decreased sharply in the 17th Century. The Europeans traded directly with Asia leaving the Ottomans in the middle. Moreover the Ottomans had a silver based monetary system and with the new found metals from Americas it caused the sudden flow of cheap and plentiful silver which had a catastrophic financial impact. The price of silver fell and that of gold increased. Turkish raw materials became cheap for European traders so they bought in great quantities. The industrial revolution in Europe led to the creation of new industries especially in textiles and metallurgy. Hence with the cheap raw materials from Turkey these products were developed and exported back to the Ottomans competing with their own indigenous craftsmen. The European products were cheaper and at times better quality which undermined local businesses.[17]

Continued inflation meant that prices quadrupled and the devaluation of the coin. In 1584 the asper was reduced from one-fifth to one-eighth of a dirham of silver. Twice in the 17th Century the government tried to curtail inflation by introducing new silver currency; first the para in the 1620’s which was a silver coin and then the piastre in the 1680’s, an imitation of the European dollar.[18] In the mid 16th century, Egypt had been a major contributor to the state revenue but by the 18th century no revenue or military people were conscripted. In 1789 the Ottoman revenue was a pitiful £3.75 million compared to £16.8 million for the British and £24 million for the French. It is estimated at this time that more than four fifths of the states’ revenue stuck to the hands of the local elites which shows how decentralised the system had become.[19]

Furthermore, unlike in England whose technological advancements had revolutionised English agriculture, in Turkey they were still primitive. Not only were they not advancing, but farmers abandoned their villages and fled to the towns, known as the “Great Flight”[20]. This was firstly because of the decrease in feudal siphasis, a tactic used by Mehmed the Conqueror during the monetary crisis, namely paying the soldiers with fiefs rather than money. However; since warfare had changed in the 16th and 17th Century this was no longer feasible as the use of firearms and artillery necessitated the maintenance of even larger paid professional armies.  This led to tax farming and land-owners that did not care for peasant welfare or land conservation but just immediate taxes. Due to the decentralisation of power, regular land surveys and population censuses were abandoned, leaving it to the tax farmers, lease holders and bailiffs.

The result of the “Great Flight” in the late 16th Century was that agriculture shrank, hence the supplies of food diminished and increased prices hit the trade routes while Europe traded elsewhere. The influx of peasants in the urban areas caused issues with housing, employment and food. Many found jobs in the lowest level of urban society as cleaners and servants. Schools were inundated with poor boys that saw education as their only outlet. However with the falling standards of education, the system could not cope and became centres of idleness with students participating in social anarchy.

The ruling class reacted with trying to bring about social reform by rooting out corruption. While they enjoyed little success they could not reverse the steady decline. The system needed to be revamped and modernised, but with no finance, an angry population and a decentralised government the task was insurmountable.

To be continued in Part II…

In the Recession: Job Interview Tips for Muslim Men