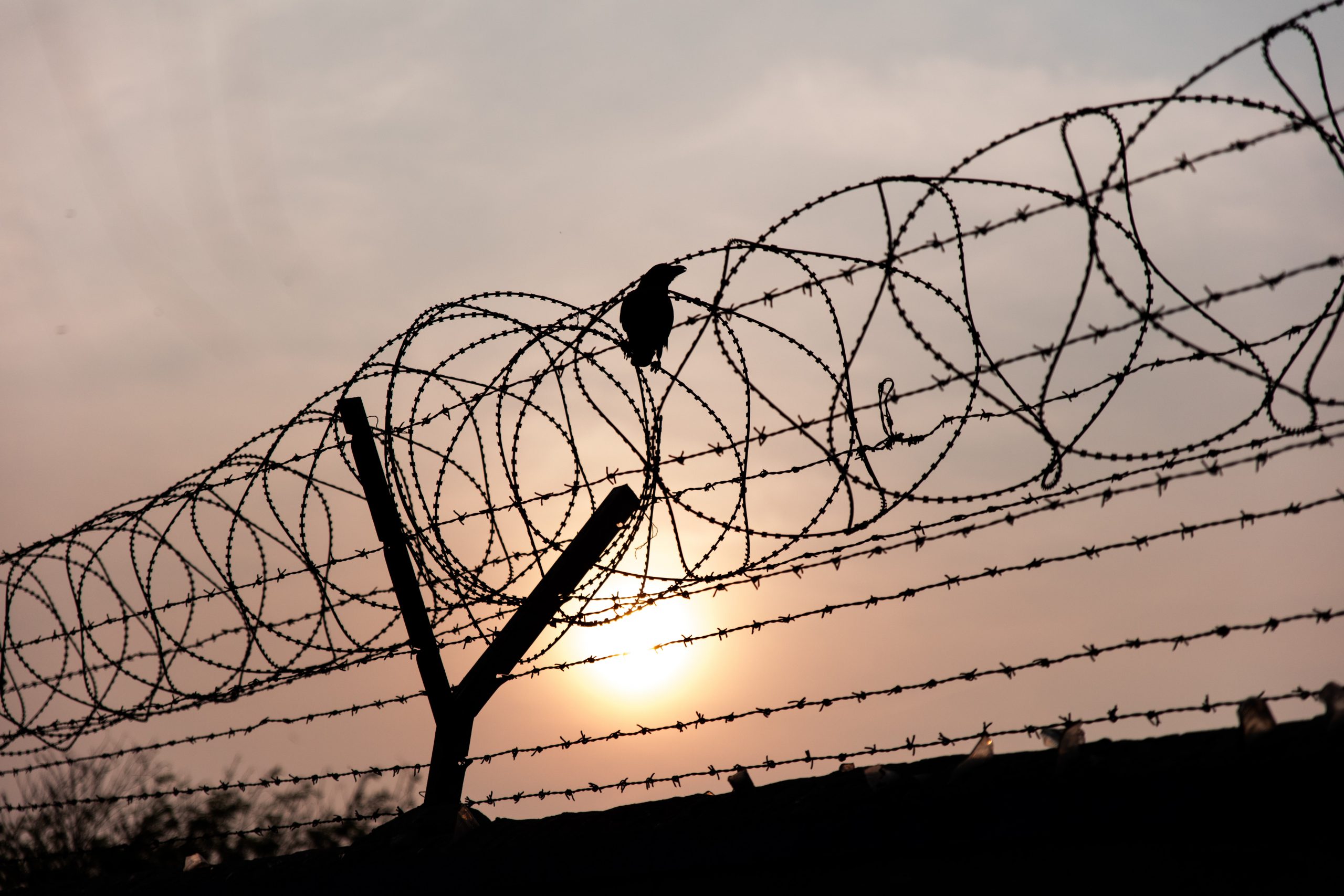 The words “Guantanamo Bay” hardly need much introduction. Opened amongst the hysteria and bloodthirst of a post-9/11 world, this detention camp stands as one of the most notorious prisons in modern times.

Images of (exclusively) Muslim men shackled, hooded, and made to kneel in scorching cages off the shore of Cuba have become one of the defining images of what the newly minted “War on Terror” had enabled in 2002. It still remains open today.

Guantanamo Bay is more than just a legal no-man’s land however; it signalled the beginning of a global movement to usurp international law, abuse human dignity, and deny basic rights to fair representation for men presented to the world as “the worst of the worst.”

In the name of freedom, Guantanamo Bay is just one cog in a vast machine of CIA black sites across the world where prisoners are taken for weeks, months, and years to be brutally tortured. Some never make it out alive. Some disappear altogether. Some are then transferred to Guantanamo Bay to face indefinite detention without trial or charge.

The era of state-sanctioned torture in plain sight had arrived. The 2014 Senate report on CIA torture highlighted many of the gruesome torture methods, euphemistically referred to as ‘”enhanced interrogation techniques.” The  lack of due process is a reality that stifles lawyers struggling to represent their clients, as they are  heavily-redacted files that prisoners themselves are banned from seeing. Many are never given answers to the most basic questions: Why are we here? What are the charges against me? What evidence do you have? Will I ever get my day in court? Will I leave here alive?

Our organization began named “CagePrisoners” in reference to what these men had become to the world: dehumanized prisoners held in cages. With secrecy and a damning silence around the plight of Guantanamo’s detainees, CAGE was the first to produce a list of named prisoners – which was published in the Washington Post in 2005 – publicizing the names of, and sharing information about prisoners when the US government refused to. Today, Guantanamo is one of a broad and growing number of issues that we advocate for; our work united under the common banner of abuses meted out in the name of the  “War on Terror.”

Despite two decades of campaigning, Guantanamo remains open, while still being viewed as a symbol of the injustice of the War on Terror. President Obama acknowledged it “is contrary to who we are, it is contrary to our interests, and it needs to stop.” President Biden is now pursuing a policy of closing the detention site. The shift in opinion on Guantanamo owes itself in no small way to  the tireless efforts of campaigners in calling for justice  and changing the narrative on Guantanamo.

We at  CAGE remain committed to highlighting abuse of state power – work that is ever more critical in today’s world. In a world of competing and conflicting narratives, raising our voices to protect justice is our individual and collective responsibility. We celebrate the successes when they come, and have been heartened to see many former detainees leave the camp to become authors, speakers, activists, and thought leaders in their own right.  The work is far from over however, and to do more, we must first know more. Here is a summary of what we all need to know: 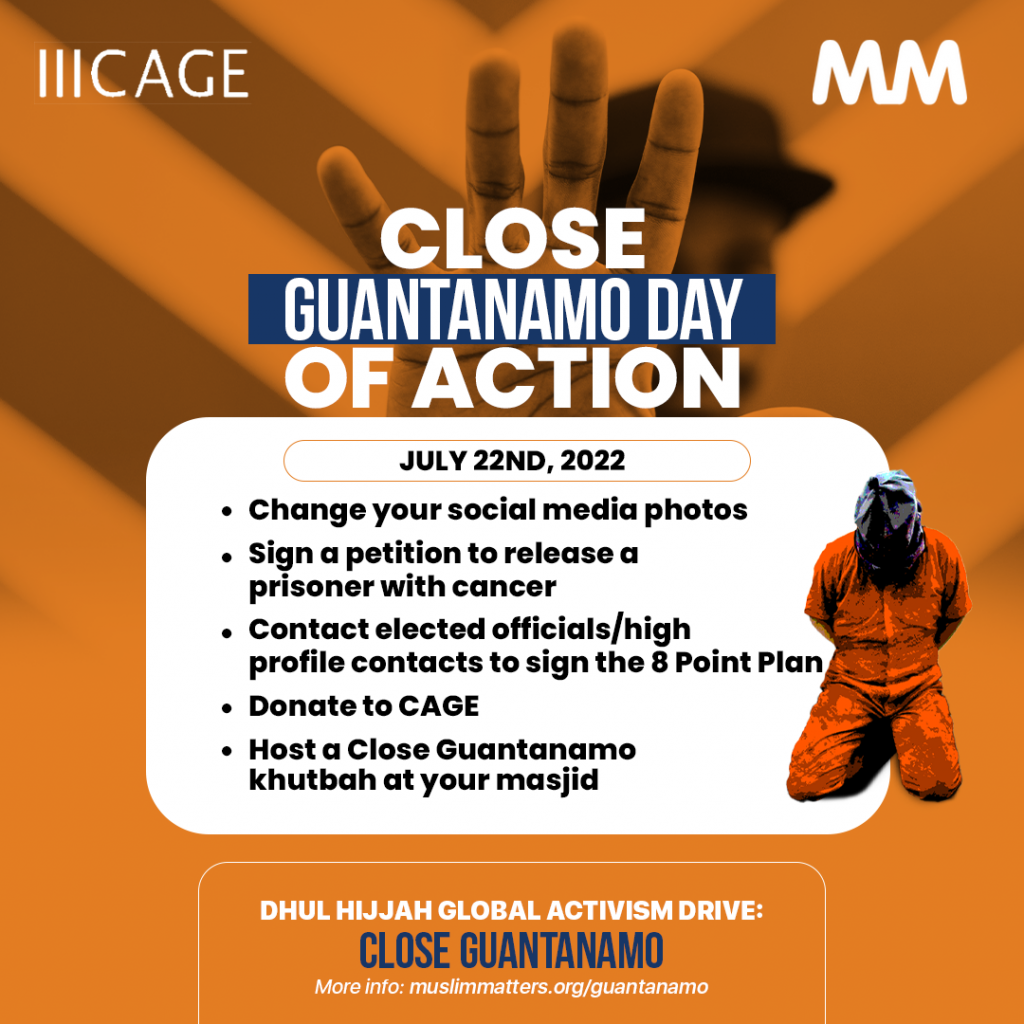 How has this happened?

A Call To Action

Guantanamo Bay is not an aberration. It is one of the most notable symbols of an ever-expanding counter-terror network steeped in Islamophobic assumptions and actions. As a community, we must take effective, informed, and practical action to raise awareness around the injustices and abuses that are taking place in real time. Our advocacy works on multiple levels: from learning to sharing information, from supporting the organizations who are dedicated to this work and to re-examining the narratives that distort our understanding of state abuse against the belief and practice of observant Muslims.

This is the time for all of us to organize and ally with one another to call for accountability, on behalf of those who are unable to advocate for themselves. Guantanamo Bay is more than just a symbol, it is our obligation towards the oppressed and to our own selves. It is a signpost pointing to the work ahead for all of us. We must unite together and stand firm to raise our voices for justice, together.

– I Saw Him Murdered Saying “Ya Allah!”

CAGE advocates for due process, the rule of law and an end to the injustices of the War on Terror. CAGE is an independent grassroots organisation striving for a world free of injustice and oppression. We campaign against discriminatory state policies and advocate for due process and the rule of law. We work closely with survivors of abuse and mistreatment across the globe, documenting their abuse and enabling them to take action and access due process. We carry out cutting edge research and provide a voice for survivors of the war on terror, challenging the dominant narrative of suspect communities and the perceived threat of terrorism. We empower communities through educational workshops, community events and informative seminars.