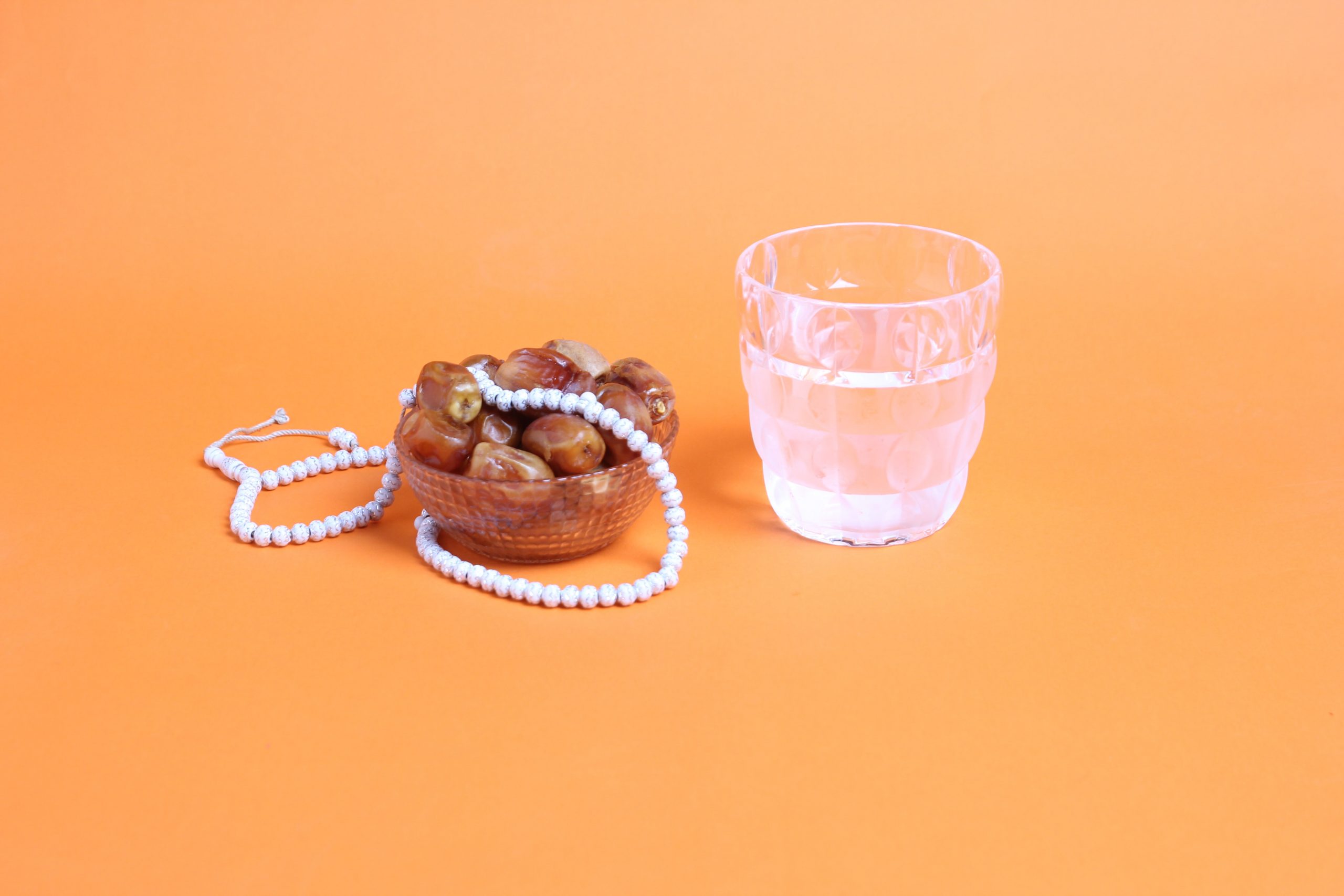 Those who live far from loved ones, and new Muslims observing Ramadan for the first time may not have experienced the same sense of community this past Ramadan. For Muslim converts in particular, this sense of loneliness continues long after Ramadan has passed.

As COVID restrictions eased up, Muslim communities across the country and the world held large community gatherings during Ramadan.

The number of new daily cases nationwide remains at its lowest level since the summer of 2021. According to Healthline, daily case rates “dropped to a seven-day average of less than 27,000 during the first week of April compared to a peak of more than 800,000 in mid-January at the height of the Omicron surge.” In addition, over 60% of the population in the U.S. is fully vaccinated.

The decline in new case rates and increased vaccination resulted in lifted mask mandates across the country and rolling back of restrictions on holding large gatherings.

For many Muslims, large Ramadan gatherings which did not seem possible in 2020 and 2021 returned in 2022. This included large community iftars (the meal to break the fast) and packed mosques for taraweeh prayers at night.

However, for some Muslims, this past Ramadan induced feelings of loneliness and isolation. Those who observed Ramadan for the first time or living alone felt disconnected from that community feel that characterizes the month for many others.

Robyn Buschke, a woman living in Wisconsin, converted to Islam less than two months prior to Ramadan. She lives alone in a nursing home and said she had no one to gather with during Ramadan. The nearest mosque is far away and difficult to get to.

“I’m going alone for the most part,” she said. “There’s a few people…but I’ve kind of had a distance because they sit around, they talk about going to the bar, and you know, it’s just that kind of lifestyle I’m like, well, that doesn’t really fit me anymore.”

Buschke said she noticed a general lack of support from the surrounding Muslim community. Growing up in a Christian household, she said it was common for people to call their church and say they need a ride to church or need help with an errand.

“That doesn’t happen here,” Buschke said. “Everybody keeps to themselves.”

“I do feel a bit like an odd man out because I’m Native American,” she said. “There’s just stuff in our culture that is completely different than the Quran.”

Several efforts and initiatives grew out of a recognition that Muslim converts face unique challenges and need tailored support. One such organization is Embrace, a project of the Islamic Circle of North America (ICNA), which aims to provide Muslim converts with a support system and sense of belonging.

For Morales, Ramadan is a very special time because she took her shahada, or declaration of faith, during Ramadan. She also experienced first-hand the isolation stemming from not knowing anyone in the community and not feeling supported.

“Reverts come from all walks of life, different backgrounds, different trauma, different baggage, different happiness,” she said. “The masjid doesn’t know how to cater to us…they put us in a basket just like labeled reverts.”

Morales says she feels it is important for there to be more visibility, acknowledgement, and nourishment from the broader community because “the struggle is real and every story is different.”

“When you come into Islam and you are the only Muslim in your family, you obviously feel somewhat isolated,” she said. “Unless you find a place where you feel comfortable, you’re doing it alone.”

Embrace aims to provide that comfortable space by hosting iftars five to six times per week. Morales said that this year half of the attendees were  celebrating their first Ramadan and fasting for the first time, and she valued that they have a place to be and a sense of belonging.

for letting me do this work,” she said.

A Ramadan Away From Home

While converts face challenges in trying to connect with the community, they are not the only ones experiencing loneliness and isolation during or after Ramadan. Those who have been Muslim for a long time may still experience a similar set of challenges.

Lamis El-Sawah, a product development engineer at a medical device company, lives on her own in the Boston area, far from her family in Pennsylvania.

“Breaking my fast by myself is not the most fun,” she said.

However, Elsawah said her isolation this year felt different compared to Ramadan in 2020 and 2021.

“I don’t think my isolation this year was really a result of COVID,” she said. “I think it was more a result of living in a state where I don’t have family living and working here.”

Elsawah moved to the Boston area in January 2021, before vaccines were available to the public. She said she found it challenging to make new friends and form a new community after moving.

“Post-grad it’s already hard enough meeting people, and it was exponentially harder in a pandemic in a new city,” she said.

Isolation may also be the result of a temporary circumstance. Sarah Aly, a pharmacy student at Rutgers University who was completing a clinical rotation in New Mexico, observed Ramadan far from her family in New Jersey. This was her first time living away from family and in a place without a large Muslim community.

“I’m in the middle of nowhere,” she said. “I don’t think there’s a mosque like in a four hour radius to where I am.”

Aly said Ramadan should be a time of spiritual renewal, gathering with family, and going to the mosque with friends, but her experience of observing Ramadan alone with no Muslims around was “almost like taking away the taste of Ramadan.”

Although Aly’s friends were aware of her fasting, she said it was difficult to be around people who were not spiritually cognizant of Ramadan.

“My non-Muslim friends were not going to ask me about spirituality,” she said. “They’re were just thinking, oh, when can you drink water?”

Noura El Sherif, an engineering student at Boston University (BU) studying abroad in Spain this semester, faced similar challenges. Her exchange program cohort does not include any other Muslim students.

“This Ramadan has been very different from other Ramadans I’ve experienced,” she said.

El Sherif said she is used to being surrounded by family or her Muslim friends at BU, and took that for granted.

She also said some of her friends in the program fasted with her in solidarity or made an effort to learn more about her religion, but it still felt different.

“There was no celebratory atmosphere almost,” she said. “You know when you’re fasting somewhere and you can feel that it’s Ramadan in the air…Nothing has to be said, you wake up in the morning and you’re like it’s Ramadan let’s go.”

Despite these challenges, El Sherif still tried to find ways to feel connected, by listening to lectures or going to the mosque when she was able to.

“There are things that feel like they were lacking in this Ramadan experience, but it’s what you make of it,” she said.

For converts in particular, isolation does not end when Ramadan ends.

Nahela Morales, Embrace co-founder, says she wants to see more families teaching their children about convert communities, and more communities getting to know organizations like Embrace. She also hopes to see programs and support for converts throughout the year, not just during Ramadan.

Cleaning Out Our Own Closets This Ramadan: Bigotry

Convert Story: To Ask Or Not to Ask, That is the Question

Nada is a senior at Boston University where she is studying economics with minors in public policy analysis and computer science. Nada has experience working as a Research Assistant at the Wilson Center in Washington, D.C., where she conducted foreign policy and international affairs research, focusing on the Middle East. She has also been a Policy Fellow at the Council on American-Islamic Relations (CAIR), and writes for the International Relations Review and Boston Political Review. More recently, she interned with the Policy and Communications group at the Abdul Latif Jameel Poverty Action Lab (J-PAL). She is a recipient of the Boston University Departmental Prize in Economics, which is awarded annually to the most distinguished graduating seniors in the Economics Department. She can be reached at nshalash@bu.edu.