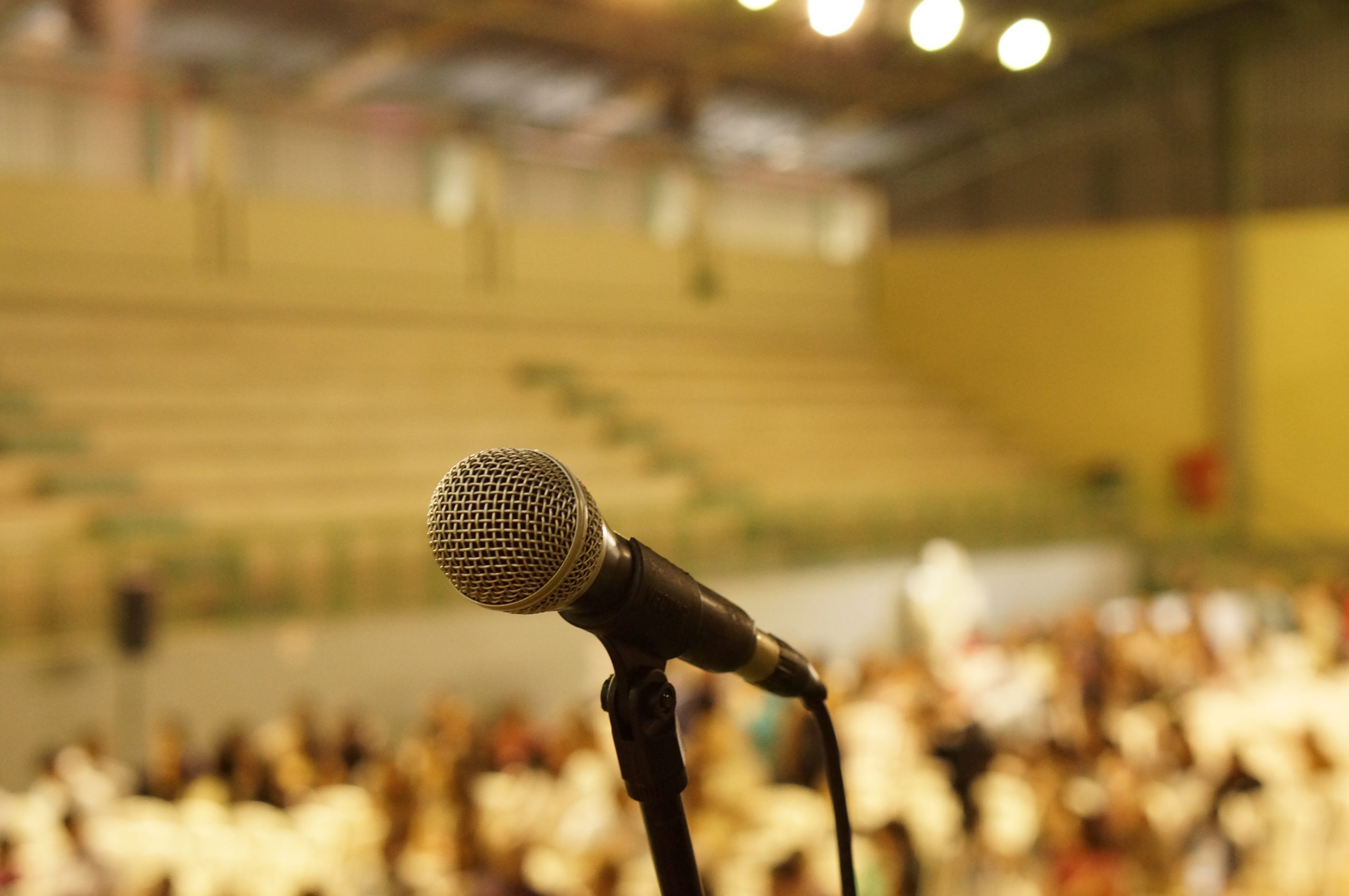 Siraaj Muhammad tackles the concept of celebrity shaykh worship: being so swept up in adoring the personality of a religious leader that we forget the real message of Islam.

We Muslims are humans subject to the same failings all mankind suffers. Possessing revelation with direction doesn’t automatically translate into practice. For a few quick examples, re-read Surat al-Baqarah; you’ll find stories of a people given direction by Allah

, and for one reason or another, chose differently. It was not just Bani Isra’eel, but even our father Adam

who was dealing directly with Allah

. The latter example should not cause us to fear Shaytan, but to fear the feeling of, “I’m safe, and it’s off to heaven I go!”

Among the human problems we suffer from is celebrity worship. Religion-centered individuals often point out that the Muslim community is enamored with celebrity culture – in a way that looks like a form of ‘ibadah. And that may be true, but religion-centered individuals have their own celebrities, don’t they? From the first generations of human existence, the pious were memorialized as statues. These statues were initially kept in the rear of the prayer area, and then later moved to the front and worshipped. Historically, thought leaders of various schools of Christian theology debated among themselves until the belief that kept Jesus

a Prophet alone (ebionites) lost out to the belief that made him divine enough, one way or another, to worship.

‘Ata’ reported: Ibn Abbas, may Allah be pleased with him, said, “All of the idols among the people of Noah appeared among the Arabs later. They were the names of righteous men among the people of Noah. When they passed away, Satan inspired in their people to build statues in the places they used to sit and name them by their names. They did so and they were not worshipped until the first generation passed away and knowledge was lost; then they were worshipped.” [Ṣaḥīḥ al-Bukhārī 4636]

We Muslims are human, and we have to come to terms emotionally that we also suffer from human problems. Some are rightfully complaining that we have a celebrity shaykh problem. It’s not a problem with the shaykh in speaking well and getting his message out – it’s a human problem among ourselves that we become so enamored with their charisma that we allow ourselves to be consumed by their personality. We lose ourselves in how they make us feel, rather than having their message help us better glorify and worship Allah

, develop our personal character, and become contributing members of society. We should most assuredly look up to them and benefit from them as ROLE MODELS.

Our celebrity shaykhs aren’t just those living, but those who have long ago passed and have left great legacies behind. Often, they are converted from fallible humans to mythical legends who could do no wrong. Their names often become a cause for affiliation or opposition. There is no group of religion-centered individuals I’ve seen that don’t suffer from this problem because it’s not, at its heart, a religion-centered problem, but a human problem. Different celebrities for different individuals, but the same sort of glazed mental outlook.

How Not To Be A Groupie

Many are the great people who have sacrificed and left spiritual riches for our community to benefit from. Take benefit from what they’ve left behind and be grateful by making du’a from them. Just remember that the goal wasn’t for you to become so enamored with them that all you do is think about them, magnify their praises, or even depend on them for salvation. The point was that you learn so that your relationship, your love, your du’a, your dependency, all of it and then more increases for Allah

You’ll know it for what it is because it will translate into increased quality and quantity of prayers, du’a, dhikr, and Qur’an; all borne from wanting to come closer to Allah

. And you’ll know the opposite for what it is too: when, after all the classes and reading, these fundamental areas are not increasing – they may not even be consistent.

Be careful not to celebritize, memorialize, or mythologize people who are trying to connect you back to worshiping Allah

. Definitely take them as ROLE MODELS! Love and benefit from people, be inspired by them, make du’a for them. Just remember to seek spiritual closeness to Allah

You will find in the perfect example of the Prophet

. It is through their example that we learn to appropriately love and respect people of good faith. There is no question that these are the best role models, and they’ve provided the best examples to follow. Look at their habits, and you’ll realize where the majority of your own time should be spent in coming closer to Allah

. Of course, if you’re a layperson (like me), be sure to ask your local trusted imam/scholar to explain what they did, and how often they did it! ;)

From The Chaplain’s Desk: Empowering Yourself To Seek Allah’s Forgiveness