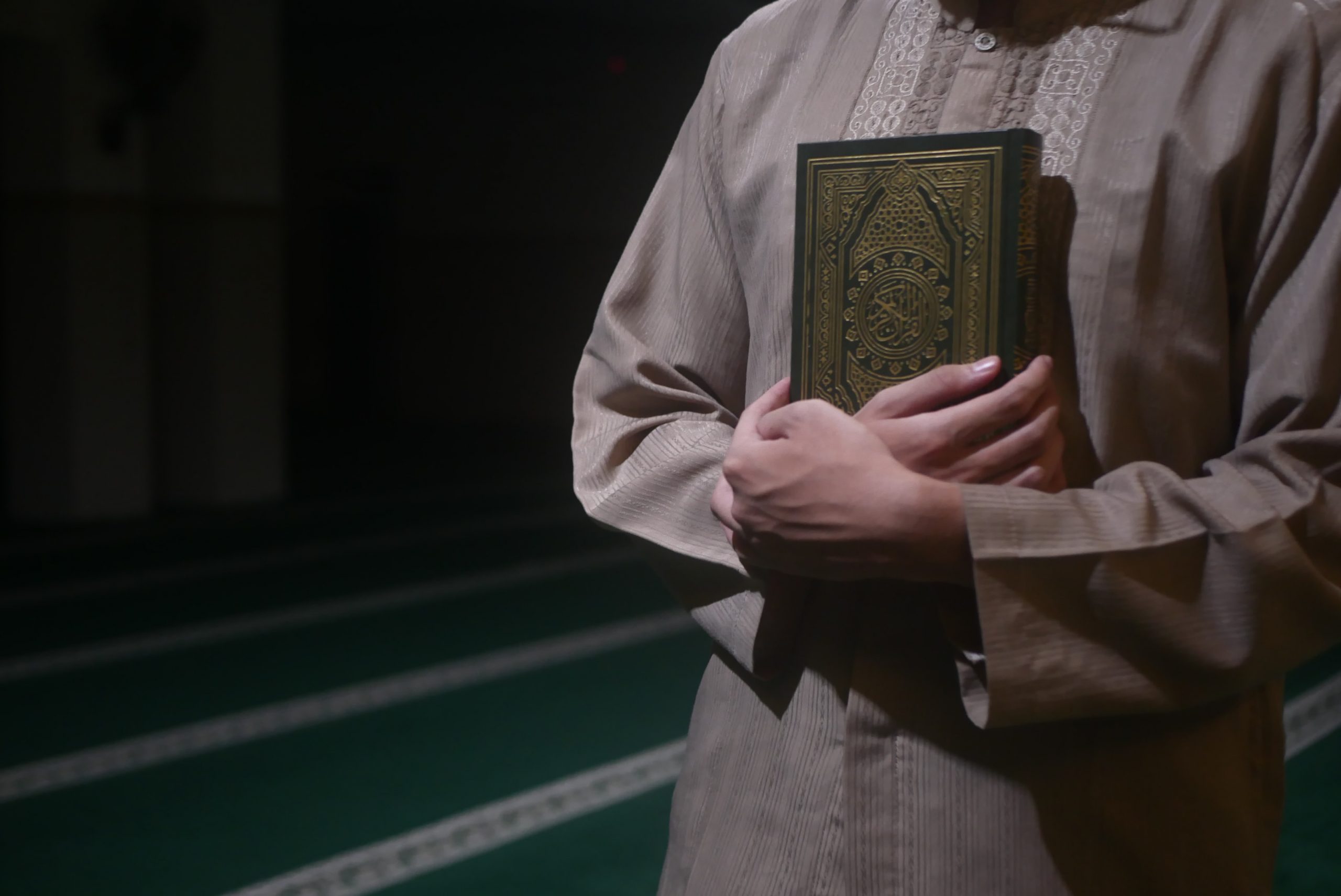 “Three things are required of every believer in all circumstances: A command to be obeyed, a prohibition to be avoided, and a divine decree to be accepted with good cheer. The least state of a believer is that he will not be free from [at least] one of these three things. Therefore the believer must, at all times, keep his heart focused upon them, talk to himself about them, and physically carry out what they demand of him.”1Futuh al-Ghayb (Cairo: Dar al-Maqtam, 2007), 19.

A few reflections on the above passage:

1 – The above words make up the first (and also by far, the shortest) discourse in a slim anthology of seventy-eight celebrated spiritual discourses titled, Futuh al-Ghayb – ‘Openings of the Unseen.’ In his part commentary to some of these discourses, Ibn Taymiyyah stated about the above words: هَذَا كَلَامٌ شَرِيفٌ جَامِعٌ يَحْتَاجُ إلَيْهِ كُلُّ أَحَدٍ – “This statement is noble and comprehensive, which every person is in need of.”2Majmu‘ Fatawa (Riyadh: Dar ‘Alam al-Kutub, 1991), 10:456. And while Ibn Taymiyyah only comments on four discourses, his explanation of them are fairly lengthy and, at places, quite intricate. They also demonstrate his reverence of al-Jilani, in terms of his spiritual realizations and scholarly pedigree.

2 – The discourse essentializes the true life of a Muslim who is actively seeking the divine presence: loving surrender to Allah

through fulfilling the obligations (fara’id), shunning the forbidden (muharramat), and nurturing an inward state of rida bi’l-qada – ‘contentment with the divine decree’. The entire religious life revolves around these three pillars. Thus a seeker’s life is about how best to root such pillars in one’s life with an eye to actualizing them inwardly, outwardly, and in every circumstance.

3 – Fulfilling the obligations and shunning whatever is forbidden is the essence of taqwa – God-consciousness and godliness. In one hadith qudsi we learn that Allah

said: “My servant does not draw closer to Me with anything more beloved to me than the obligations I have enjoined upon him.”3Al-Bukhari, no.6502. Our outward state, then, must be one that is in conformity (muwafaqah) with what Allah

commands or forbids, in respect to what we do with our eyes, ears, tongue, stomach, private parts, hands and feet. This requires knowing what is obligatory. Thus this basic level of knowledge is an obligation upon every Muslim to learn and to know; no other learning ranks higher than it (except, of course, for learning basic tawhid and beliefs).

4 – As for the inward virtue of contentment with Allah’s

decree, rida bi’l-qada, it is really the key to living the religious life as Allah

wants, and becoming people of inward and outward serenity and beauty. Rida is a consequence of tawhid. It is all about knowing, that despite the onset of calamities, tragedies or personal loss, all is still in Allah’s hand

; under His able control; unfolding according to His wisdom. As such, in the depths of our very being, even if saddened by grief or loss, we are at peace with Allah

and do not resent His decree, but continue to do what is required. So contentment is to be inwardly at peace with Allah’s

acts, whilst outwardly obedient to Allah’s

laws. Rida is the heart’s tranquility amidst tribulations. When a believer is blessed with inner contentment, life is soothed; anxieties are lifted; the heart is healed; and the soul is satisfied with what is and stops hankering after what isn’t.4Cf. al-Qushayri, al-Risalah (Jeddah: Dar al-Minhaj, 2017), 457. The Prophet ﷺ stated: “He has tasted the sweetness of faith who is content with Allah as Lord, Islam as religion and with Muhammad ﷺ as prophet.’5Muslim, no.34. Another hadith says: “Whoever says upon hearing the call to prayer, ‘I am content with Allah as Lord, with Islam as religion, and Muhammad as messenger,’ his sin will be forgiven.”6ibid., no.386.

5 – Masters of spiritual wayfaring (suluk) tell us that rida is acquired in respect to its causes, but pure gift from Allah

in terms of its essence and reality. Once a person uses the causes that bring about contentment with Allah

, and plants the seeds, he can then reap its fruits. That is, once a person becomes firmly-rooted in trust and reliance on Allah

(tawakkul), surrendering himself wholeheartedly to Him (taslim) and resigning his affairs to Him (tafwid), then contentment will surely come to him. “However, because of its tremendous rank and the inability of most souls to incline to it, and the difficulty of maintaining it, Allah

– in His mercy and easing things – has not made it obligatory upon His creation. Rather He commended it to them and extolled its people, and told us that His reward is that He is pleased with them – which is far greater, more illustrious and much more considerable than the Gardens [of Paradise] and all that they contain.”7Ibn al-Qayyim, Madarij al-Salikin (Makkah: Dar ‘Alam al-Fawa’id, 2019), 2:480. In short, it is as sayyiduna ‘Umar

said: “Indeed, all good is in contentment (rida). If you have the ability to be content, then do so; if not, then have patience (sabr).”8Cited in al-Qushayri, al-Risalah, 458.

, and not resenting Him or His judgements and decree. In the thirty-fourth discourse or majlis, he declared: “Have good adab. Take to silence, patience, contentment and compliance with your Lord; mighty and majestic is He. Repent from your resentment of Him as well as your suspicion concerning His actions … For He is Singular throughout eternity, existing before all things. Rather, He created them and created their benefits and harms. He knows their beginnings, their ends and their terminations. He, mighty and majestic is He, is wise in His acts and masterful in His craftsmanship; there is no contradiction in what He does. He doesn’t act uselessly, nor create in jest or futility. There can be no question of criticizing Him or reproaching Him for His acts.”9Futuh al-Ghayb, 78.

for firmness upon obedience and contentment with His decree.

Sincerity : How To Empty The Heart For God

Best Ramadan Ever: Increasing In Fear of Allah

I Don’t Know If Allah Will Forgive Me