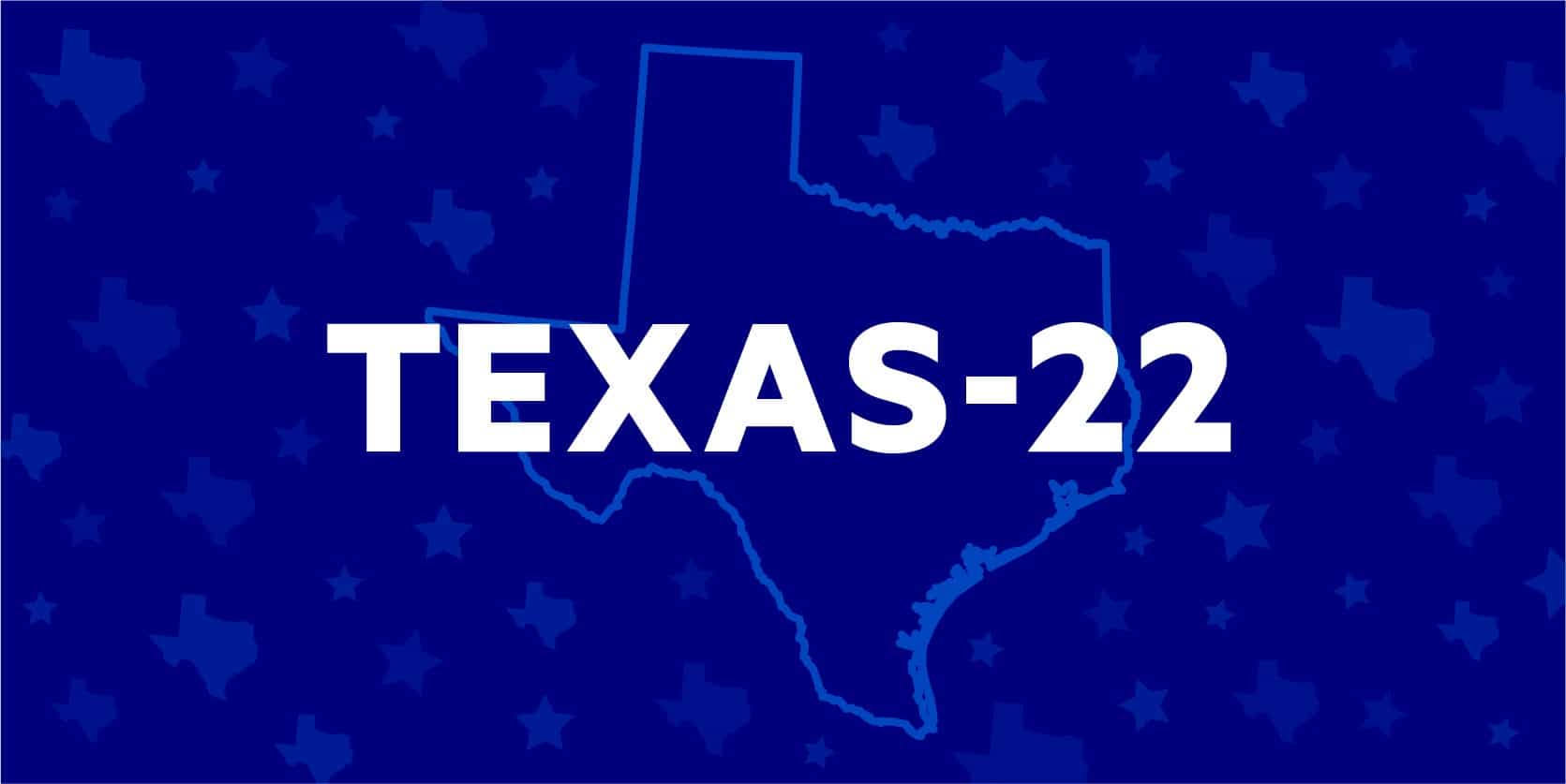 “Things come apart so easily when they have been held together with lies.” — Dorothy Allison (American Writer)

Elections are a time when stretching the truth is the norm rather than the exception, and “fact checking” an imperative for anyone who wants to make an informed decision about their vote. However, nowhere has the narrative collided as head on with the truth as in the campaign of Sri Preston Kulkarni, Democratic candidate for the Texas Congressional District #22. Such is the brazenness of Kulkarni’s lies that multiple groups that have vowed to vote President Trump out of office believe it is in the best interest of the district and the country if Kulkarni loses his second bid for a place in the US House of Representatives, his purported commitment to the Democratic platform notwithstanding.

Many are understandably curious about the reason for so many Democrats turning against a candidate from the party they normally support. To be clear, it is not so much Kulkarni’s campaign narrative, as the conflict between that narrative and the truth. To many voters of District 22, Kulkarni’s campaign ostensibly stands for human rights and religious freedom, and against fascism and nationalism. Unfortunately, and as multiple exposes that are now going viral have demonstrated, Kulkarni’s association with fascist and nationalist elements both in India and the US run deep, and indeed are the key drivers of his candidacy.

Kulkarni is no ordinary immigrant success story, having come from a family with deep connections to India’s ruling Hindu nationalist Bharatiya Janata Party (BJP), and its ideological parent, the Rashtriya Swayamsevak Sangh (RSS). The RSS is one of the world’s largest militia, and the ideological fountainhead of Hindutva, a fascist and supremacist ideology that seeks to turn India into a Hindu state, where Christians, Muslims and other religious minorities are relegated to the status of second-class citizens with few rights. In the last two decades, front organizations of the RSS in America have fielded multiple candidates for political office, some of whom have gone on to make significant contributions to advancing Hindutva’s agenda in Washington, DC. It is no surprise therefore, that the RSS’s American affiliate, the Hindu Swayamsevak Sangh (HSS), are among the primary backers of Kulkarni’s candidacy. The irony of a man who claims to stand against racism, fascism and nationalism, being backed by the same forces that assassinated Mahatma Gandhi is something Kulkarni would prefer voters don’t pay attention to.

However, the connection with RSS is based on more than just mutual benefit. Kulkarni is the nephew of the late Pramod Mahajan, a highly influential Indian politician and minister, who was an RSS veteran and the BJP’s chief strategist. He held several important cabinet positions including Defense, and until his murder in 2006 by another uncle of Sri Kulkarni, Mahajan was considered the “heir apparent” to the Hindu nationalist Prime Minister A. B. Vajpayee. Mahajan was among the key organizers of L. K. Advani’s Rath Yatra, a campaign that finally led to the criminal demolition of the Babri Mosque and the subsequent killing of over 3,000 people in sectarian violence across India.

What is striking about Kulkarni’s candidacy is not just these RSS connections that are now falling out of the proverbial closet, but Kulkarni’s silly attempt at feigning ignorance about the RSS, claiming he did not know it was an organization until two years ago. This is rich, coming from a man who claims to have been a career diplomat, and whose next posting before he quit the Foreign Service was going to be in New Delhi. Kulkarni has gone on record to say that Ramesh Bhutada, the Vice-President of HSS, was “like a father,” to him, and his son Rishi Bhutada was among those without whose support the campaign itself might not have been possible.

Another relative of Sri Kulkarni is the well-known Indian politician Gopinath Munde, who married Mahajan’s sister. Munde was a member of Modi’s cabinet before his death in a road accident, and was once in charge of the RSS branches in the city of Pune. Kulkarni’s cousin Poonam Mahajan, currently a member of the Indian Parliament, was once the national President of the BJP “Youth Wing” and the Secretary of the BJP in 2013.

Much to Kulkarni’s discomfiture, his fascist friends are actually flaunting their connection to him, starting with BJP ideologue Subramanian Swamy, hailing Kulkarni’s candidacy as “Hindutva’s hope in Houston.” Yet, Kulkarni wants voters to believe him when he claims ignorance about the RSS.

The struggle with facts continues, with Kulkarni claiming without proof, a lineage from the famed General Sam Houston. Short on facts are also Kulkarni’s claims of expertise on issues of national security, as he has provided almost no details of his tenure in the Foreign Service. Kulkarni’s complete refusal to acknowledge his campaign’s connections to RSS should also be seen in light of the fact that the RSS’s nationalist and Islamophobic agenda finds a natural ally in the Republican Party, particularly in Donald Trump. It is no surprise therefore, that Prime Minister Modi was welcomed in Houston by President Trump and prominent Republicans at a massive “Howdy Modi” rally in September 2019. The same Rishi Bhutada who helped Kulkarni launch his campaign was one of the main organizers and spokesperson for the event. Not to be outdone, Prime Minister Modi broke protocol in giving President Trump a rousing endorsement for reelection during the latter’s visit to India.

None of these would have been uncomfortable truths for Kulkarni, had he been running as a Republican. However, Kulkarni’s candidacy as a Democrat flies in the face of facts, and the support he is getting from many of the district’s Democrat voters is more the result of revulsion against President Trump than a proper vetting of Kulkarni’s politics.

If Kulkarni makes it to Capitol Hill, expect stonewalling on issues of human rights and religious freedom by right wing forces around the world. With Kulkarni as their representative, South Asian voters can forget about any accountability for India, for its egregious violations of human rights and religious freedom. In a “letter to the Muslim community,” apparently conscious of the growing disquiet about his candidacy among Muslims, liberals and progressives, Kulkarni brags about having taken a stand on the “violence in Delhi” and the “situation in Kashmir,” as evidence of his commitment to human rights and religious freedom. In truth, both statements by Kulkarni are ritualistic expressions of standing for peace and human rights, while failing to call out the role of ideologically driven violence against religious minorities. The perpetrators of such violence are widely known to be proponents of the same ideology whose affiliates in the US are among his donors. Such statements are actually a disservice to the victims of sectarian violence for they seek to obfuscate the role of Hindu nationalism in driving such persecution.

Kulkarni’s has apparently promised to take a public position against the use of India’s National Register of Citizens (NRC) and the Citizenship Amendment Act (CAA) to strip citizenship away from India’s Muslim citizens. Absent from Kulkarni’s narrative is any mention of how the CAA and NRC are discriminatory in their essence against people of the Muslim faith, and a clear violation of India’s secular Constitution. Clearly Kulkarni is not on the same page as respected human rights organizations such as Amnesty International and Human Rights Watch. How Kulkarni is expected to be vocal about civil rights in the US, while actively shielding those who are eroding these very rights abroad defies explanation.

Similarly, Kulkarni has issued a statement on the “situation” in Kashmir that does nothing to shine the light on the historic betrayal of the Kashmiri people represented by the revocation of Article 370, and the enormous human suffering caused by the Government of India’s tyrannical curfew and lockdown, imposed long before Covid-19. In this regard, Kulkarni apparently does not want to displease his RSS supporters by condemning the unprecedented human rights catastrophe in Kashmir, something many prominent Democrats have done, in the form of statements and House resolutions. For Kulkarni to call out the role of the India’s Hindu nationalist government in causing such suffering on Kashmir’s civilian population is unthinkable. In fact, Kulkarni is loath to even call out the Indian military’s tyranny in Kashmir, and instead prefers to advise the Indian government “behind closed doors,” through the “ladder of diplomacy.”

The truth about Sri Kulkarni’s campaign is closely tied to the money trail. Kulkarni has accepted in excess of $80,000 from just 10 families linked to RSS affiliates in the United States. Despite repeated demands by voters in his district to return such tainted donations, Kulkarni has instead doubled down, attacking those raising concerns as “nefarious actors,” while claiming he was unaware of the RSS as an organization.

It is possible that Kulkarni is genuine in his advocacy for the environment and his concern about gun violence. However, his janus-faced campaign is being weighed down by its own internal contradictions and his refusal to come clean on important facts that affect his prospective constituents. Among all the lies of the 2020 elections, Kulkarni’s claim that he is against fascism and nationalism must rank among the most brazen.

The opinions expressed in this article are the author’s own. деньги в займ на карту срочно

Why Boycotting France is the Wrong Response