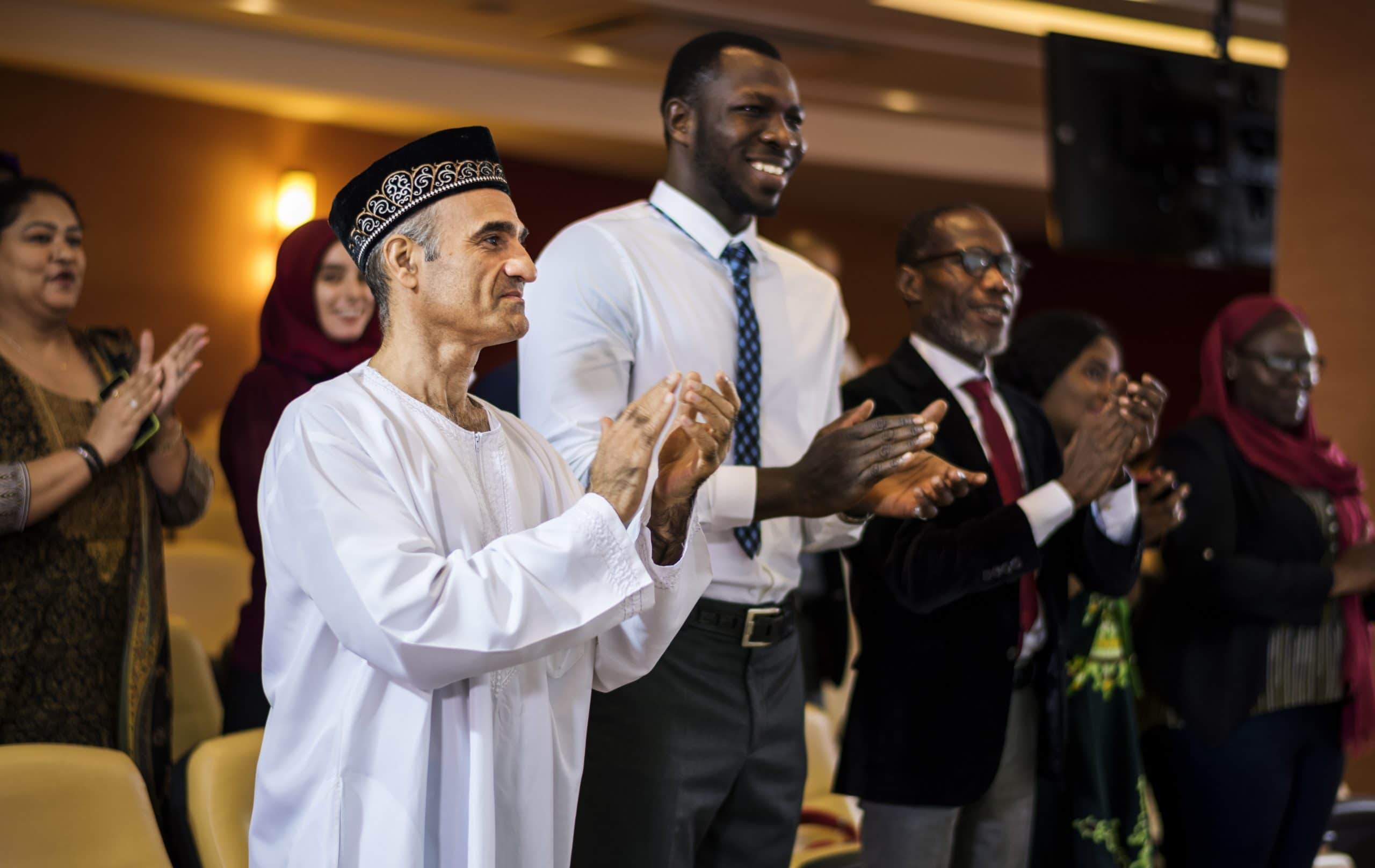 In the Fall of 2018, we surveyed Muslims of Hispanic/Latino descent and asked what is the one thing they would want the Muslim community to know about them. We gathered 25 responses and released an article called, “25 Things Latino Muslims Want you to Know.” The purpose of the piece was to educate the general Muslim body about the Latino Muslim community and its dynamics, to debunk common stereotypes about Latinos, and to lend a voice to a marginalized sector in the Islamic community and in the United States.

Now, with the current climate of racial tension in the U.S. and the revival of the national movement for Black rights, I thought it not only imperative, but seriously overdue to put together a similar list of reactions from our African American brethren. Moving away from the obvious fact that there should be no racism in Islam, we want to open up about the racism and anti-blackness that unfortunately does exist within the Muslim community and how that affects our relationships with each other and hinders the struggle for change.

When I was collecting responses for this article what I found was that, unsurprisingly, Latino Muslims and Black Muslims have similar messages to send to the general Muslim community. Our shared experiences fuel a mutual call for justice and equality in society and within our own places of worship. I also had a difficult time gathering the same amount of feedback, because I began at a time when images of the murdered Breonna Taylor, George Floyd, and Rayshard Brooks were still circulating social media as a constant reminder of the injustice happening all over the country, specifically the targeting Black men and women. These wounds, so deep and raw were gaping in the collective psyche of African Americans, both Muslim and non-Muslim, fueling sentiments of anger and mistrust, and rightfully so. Many people refused to comment while others could not find the right words to use to address the Muslim brothers and sisters who have often failed them, as well.

The following is a list of 15 things the African American community, not only want you to know, but have been saying for decades. Are we listening?

Our culture is not the antithesis of Islam. We do not come from broken homes. – Umm Layyan Zainab, Mental Health Counselor/Recovery Specialist, Brooklyn, New YorkClick To Tweet All Black Muslims are not African American. There are also Afro-Latinos, Caribbean Muslims, etc. Halleemah Munoz, Educator, Atlanta, GeorgiaClick To Tweet We are not new to Islam. Our ancestors were the vanguard of Islam in the Americas, starting with the Spanish occupations of the Caribbean in the 1500’s to the mass exodus of African Americans into Sunni Islam in the 70’s due to the influence of Islamic leaders such as Malcolm X, Muhammad Ali, W. Deen Muhammad, and even members of the Black panthers. Abu Yazid Dumas, IT Tech, student of religious studies, Detroit, MichiganClick To Tweet

According to a 2017 Pew Research Center Survey, non-Hispanic or mixed-race black people accounted for 20% of the Muslim population in the United States, meaning 1 in every 5 Muslims is Black, and that is not counting Afro-Latinos or Americans of mixed-race backgrounds. Just a little under half of that 20% are converts to Islam, and this also highlights the obvious fact that Black Muslims are not newcomers to our communities. In fact, they are pioneers who have been here since before the establishment of this country and paved the way for immigrant Muslims to migrate here to settle and build Islamic centers and schools. To deny our brothers and sisters fair treatment, companionship, or support based on the color of their skin is delusional and self-destructive.

If we are not pained and haunted by the images of African American victims of police brutality and hate crimes, then we need to take a long look in the mirror and really check ourselves. Our Prophet Muhammad, peace be upon him, clearly defined true brotherhood when he stated, “The parable of the believers in their affection, mercy, and compassion for each other is that of a body. When any limb aches, the whole body reacts with sleeplessness and fever.” (Bukhari and Muslim) Right now, we should all be breathless, we should all be restless. Until anti-Blackness is eradicated from our own families and communities, we should not feel comfortable to worship freely and go on about our lives. We may not be able to extinguish the ugly flames of racism worldwide, but we can start with ourselves.

Racism And The Plagues of Egypt – Coronavirus And Racism: America’s Two Pandemics

Columnist Wendy Díaz is a Puerto Rican Muslim writer, poet, translator, and children's book author. She is the Spanish content coordinator for ICNA-WhyIslam. She is also the co-founder of Hablamos Islam, a non-profit organization that produces educational resources about Islam in the Spanish language.