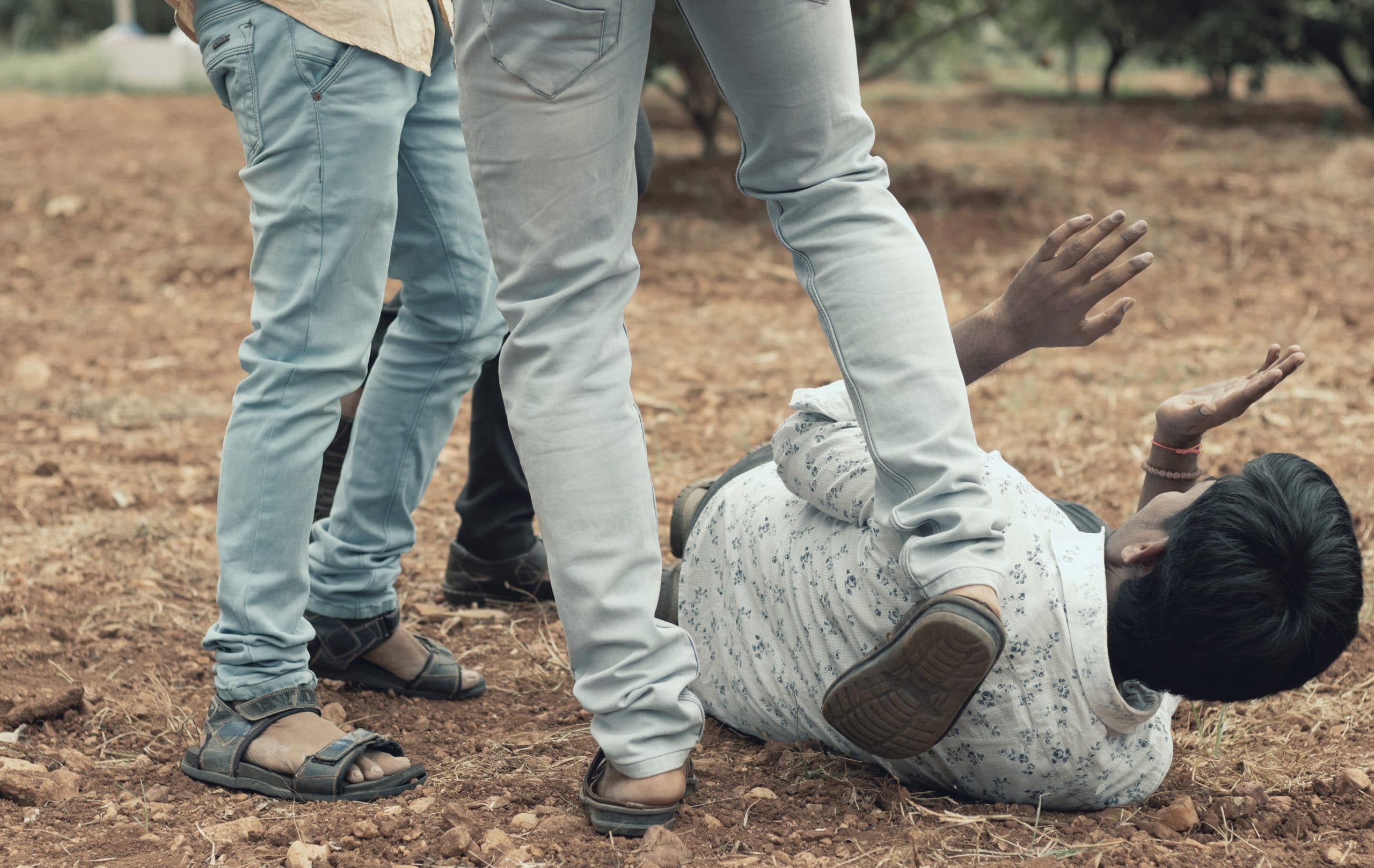 When tracing the political genealogy of modern India after its partition in 1947, historians identify the two defining principles used by the state as secularism and democracy. Yet the idea of India, post-1947, a newly born nation-state and now-market of 1.4 billion people, as a home for multiple religious, ethnic and linguistic denominations continues to unravel under the contradictions of historicity.

While the Union of India was historically seen as a progressive multi-ethnic secular democracy, throughout the past few decades the policies and politics of inequality for minorities, violent objectification based on castiesm, virulent manifestation of Islamophobia, and clampdown on all forms of democratic political dissent show a paradoxical paradigm shift from its founding principles.

Tracing the Genealogy of Partition

In the early years after independence, the country’s first prime minister, Jawaharlal Nehru, and the ruling Indian National Congress (or Congress Party) advocated for an Indian brand of secularism designed to hold the country’s disparate communities together under one roof.

Yet this idea of a nation that tolerates religious and ethnic minorities was contradictory of Hindu nationalist ideology, first collated in the 1920s by V. D. Savarkar in Hindutva: Who Is a Hindu?. Savarkar defines India culturally as a Hindu country and intended to transform it into a Hindu Rashtra (nation-state).

Hindu nationalists view India as a Hindu nation-state not only because Hindus make up about 80 percent of the population but also because they see themselves as the rightful sons of the soil, whereas they view Muslims and Christians as the outcome of bloody foreign invasions or denationalising influences.

“the enthusiasm for ancient India has often come from the Hindutva movement—the promoters of a narrowly Hindu view of Indian Civilization—who have tried to separate out the period preceding the Muslim conquest of India.”

The case for  secularism, with its own historical pitfalls, really started to shake when Hindu nationalists populated the Bharatiya Janata Party (BJP) and its various ideological affiliates and started promoting a starkly different worldview; envisioning India as a majoritarian Hindutva nation-state, not a country with diverse multi-religious and cultural history.

The question of the viability of India’s secularist tradition, and the tensions inherent in these competing visions of Indian nationhood have come to the fore in recent years, since the BJP’s landmark electoral victory in 2014.

After India’s parliament revoked article 370 in Kashmir (called out as constitutional blasphemy), it passed a bill in the parliament offering ‘amnesty’ to non-Muslim illegal immigrants from three neighbouring countries.

It was a major step towards the official marginalisation of Muslims that would establish a religious test for migrants who want to become citizens, solidifying Prime Minister Narendra Modi’s Hindu-nationalist agenda.

The bill offers citizenship to religious minorities from Pakistan, Bangladesh and Afghanistan. The government, led by the Hindu nationalist Bharatiya Janata Party (BJP), argued “this will give sanctuary to people fleeing religious persecution”, while forcing Muslims, many of whom do not have any official documentation, of re-registering as Indian citizens.

This is one more step towards realising the grand project of creating a Hindutva Nation.

Arundhati Roy, one of India’s most famous writers, compared the Citizenship Amendment Act and the National Register of Citizens (NRC) to the Nazis’ 1935 Nuremberg Laws, which blocked Jews from German citizenship.

The ruling BJP government itself includes the Shiv Sena (Army of Shivaji) political party, which actually sought inspiration from Nazi Germany.Click To Tweet

In 1967, Bal Thackeray said, “it is Hitler that is needed in India today,” in an interview to Time magazine. In 1993, he said, “If you take Mein Kampf and if you remove the word “Jew” and put in the word “Muslim,” that is what I believe.”

This new reality of India clearly manifests the reductionist understanding of religion and use of politics as a means to achieve religious goals inspired from the Hindutva theology with all institutions working in tandem to promote the politics of exclusion.

Take the case of the Babri Mosque in the city of Ayodhya, which was demolished by Hindu fundamentalists in 1992. Then, last year India’s Supreme Court awarded the disputed site to Hindus for the construction of a temple for the Hindu deity Ram.

Hindu hardliners, including BJP supporters, say that Ram was born at the site of the Babri Mosque, which was built 460 years ago during Mughal rule in the subcontinent.

The unanimous verdict of the Supreme Court in the Ayodha dispute“gives precedence to faith and belief over available documented archaeological evidence”, according to Kashmiri political analyst Sheikh Showkat Hussain.

The case of the Babri Mosque dispute, if read in continuation of other steps taken by the BJP government is another move towards the delegitimisation of Muslims’ citizenship.

Just as it is illustrated in Brad Evans and Natasha Lenard’s Violence: Humans in Dark Times,the increasing expression and acceptance of violence-in all strata of society has become a defining feature of today’s world.

In December, while China was fighting the outbreak of the virus in Wuhan, the government of India was dealing with a mass uprising by hundreds of thousands of its citizens protesting against the brazenly discriminatory anti-Muslim citizenship law it had just passed in parliament.

There was punishment to be meted out to Delhi’s Muslims, who were blamed for the humiliation. Armed mobs of Hindu vigilantes, backed by the police, and attacked Muslims in the working-class neighborhoods of north-east Delhi. Houses, shops, mosques and schools were burnt and more than 50 Muslims were killed.

While much of the international response to the coronavirus pandemic was unity and shared responsibility, , the battle against Covid-19 in India metamorphosed into Muslim-bashing.

Coming just weeks after pogroms based on religious hatred ended up 36 Muslims dead in Delhi, the outpouring of intolerable tweets manifest how concerns over the coronavirus have merged with longstanding Islamophobia in India, at a time when the Muslim minority — 200 million people in a nation of 1.3 billion — feels increasingly targeted by the ruling Hindu nationalists.

Since March 28, tweets with the hashtag #CoronaJihad have appeared nearly 300,000 times and potentially seen by 165 million people on Twitter, according to data shared with TIME by Equality Labs, a digital human rights group.

Coronavirus is just “one more opportunity to cast the Muslim as the other, as dangerous,” says Ali, an assistant professor of political science at JNU in Delhi.

Antagonism towards the minority community, which had already spread its tentacles in society, intensified amidst the nationwide lockdown. By singling out an Islamic religious congregation as a major source of the spread of the infection, the authorities inflamed communal tensions and reports of Islamophobia poured in from various quarters across the country.

The mainstream media has incorporated the COVID story into its 24/7 toxic anti-Muslim campaign. An organisation called the Tablighi Jamaat, which held a meeting in Delhi before the lockdown was announced, has turned out to be a “super spreader”.

That is being used to stigmatise and demonise Muslims. The overall tone suggests that Muslims invented the virus and have deliberately spread it as a form of jihad.India has continued with this claim of being a progressive secular democratic nation even though systematic pogroms have been going on against the Muslim population. Islam and Muslims seen as an immediate ‘other’ die a silent death under different pretexts.

“One of the key features of anti-Muslim sentiment in India for quite a long time has been the idea that Muslims themselves are a kind of infection in the body politic,” said Arjun Appadurai, a professor of media, culture and communication at New York University who studies Indian politics.

“So there’s a kind of affinity between this long-standing image and the new anxieties surrounding coronavirus.”

The left-leaning newspaper The Hindu published a cartoon showing the world being held hostage by the coronavirus—with the virus itself depicted wearing clothing associated with Muslims.

The Nehruvian secularist project and Modi’s communal project are not fundamentally all that different, in that both demand India’s minorities to “integrate” into the national majority which means giving up their socio-cultural way of life.

Modi’s model is to make all minorities homogenous by saying everyone is a Hindu and, therefore, they have to stop being anything else. The other is a secular model whose template is taken from the dominant religion, Hinduism, and, therefore, is cast upon everyone.

Arundhati Roy accused the Indian government of exploiting the coronavirus in a tactic reminiscent of the one used by the Nazis during the Holocaust.

“The whole of the organisation, the RSS to which Modi belongs, which is the mother ship of the BJP, has long said that India should be a Hindu nation. Its ideologues have likened the Muslims of India to the Jews of Germany,” Roy said.

“And if you look at the way in which they are using Covid-19, it was very much like typhus was used against the Jews to get ghettoise them, to stigmatise them.” Click To Tweet

Hatred against Muslims continues after the massacre in Delhi, which was the outcome of people protesting against the anti-Muslim citizenship law.

Now, under the cover of Covid-19 the government is adamant to arrest young Muslim students; already Sharjeel Imam, Safoora Zargar and Umar Khalid have been booked them with anti-terror Laws like Unlawful Activities Prevention Act (UAPA).

It seems the idea of India being the largest secular democratic country has disguised an organised Islamophobia campaign and an institutional oppression of Muslims that has existed for decades.