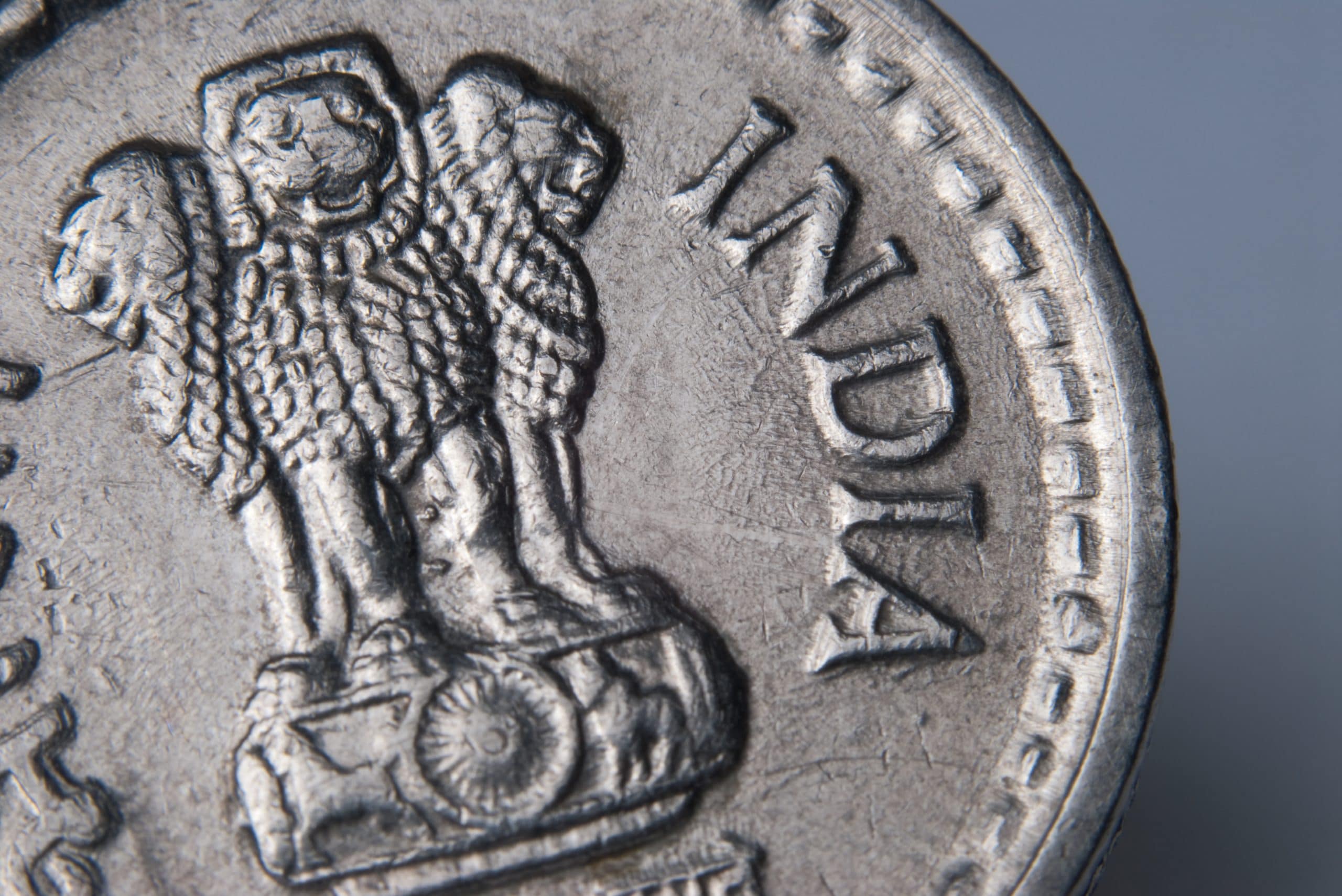 ‘Indian Muslims have nothing to fear. No one knows what CAA/NRC is all about. They are simply protesting because they are misled’, thus proclaimed a former classmate of mine who himself left India for brighter prospects during PM Narendra Modi’s regime but continues to believe in his promise of ‘acche din’ (good days).

Today the whole of India is divided over the controversial Citizenship Amendment Act (CAA) which is to be followed by the National Register of Citizens (NRC). Thousands of students from India’s premier institutions like Jamia Milia Islamia, Jawahar Lal Nehru University, Aligarh Muslim University, Delhi University, IITs and IIMs are thronging the streets to protest against the bigoted law.

The ripple effect has even reached top educational institutions across the world including Harvard, Oxford, Yale and MIT. From lawyers to celebrities to academicians, people across the world, belonging to different religions are raising their dissent against the law which is deemed to be against the secular fabric of the Indian Constitution.

What is this law all about?

The National Register of Citizens (NRC) is an official record of all those who are legal Indian citizens. So far, such a database has only been created for the northeastern state of Assam which has been struggling with the issue of illegal immigration for a long time. In Assam 1.9 million people were effectively rendered stateless after NRC and were put into detention centers. Out of these 1.9 million, around 0.6 million are Muslim.

On November 20, Home Minister Amit Shah declared during a parliamentary session that the register would be extended to the entire country.

Even if we talk about just religious persecution, why does the law only accommodate those from three neighboring countries? Rohingyas are suffering brutal persecution in Myanmar. Christians are suffering in Sri Lanka. Tibetans have been persecuted because of their beliefs.

Many people opine that the CAA is not problematic in itself. It becomes problematic when it’s seen in conjunction with NRC. When NRC is implemented, millions of people will be declared illegal due to lack of documents in a country where the masses live in villages and documentation is a complicated bureaucratic process with a high error rate. According Professor Shruti Rajagopalan, the State Of Aadhaar Report 2017-18 by IDinsight, covering 2,947 households, found that 8.8% of Aadhaar holders reported errors in their name, age, address or other information in their Aadhaar letter (Aadhaar is the identity number issued to Indian residents). In the NRC, a spelling mistake can deprive one of citizenship and 8.8% affects over 120 million people.

They will be rendered stateless and sent to detention centers with inhumane conditions. Out of these ‘illegals’, everyone but Muslims can seek accelerated citizenship under CAA.

The fact is that even if we view CAA alone, the very act of offering citizenship on the basis of religion goes against the fundamentals of secularism and equality as mentioned in the Indian constitution.

In this context, it’s also relevant to understand the revolt that is happening in the north eastern state of Assam. While the rest of India is against CAA and NRC for exclusion of Muslims, the people of Assam are protesting against the inclusion of 1.3 million undocumented Non-Muslims, as identified in the NCR. According to them, if these foreigners are granted citizenship under CAA, they pose a threat to the language and culture of Assam.

Student fraternity across the world was shocked when students of Jamia Milia Islamia who were peacefully protesting against the CAA were brutally attacked by police forces. Police accused students of destroying public property and fired tear gas shells, beat them up mercilessly and even open fired at them. They barged into the library, mosque and even the women’s hostels without authorization.

Video footage shot by students and reviewed by Reuters show students, including women, hiding beneath desks in the library, cowering in restrooms, jumping over broken furniture in an attempt to flee. It was later verified that none of the students had anything to do with some of the buses that were set ablaze outside the campus.

Reports of even more horrific police brutality surfaced from Aligarh Muslim University. A student’s hand had to be amputated after a tear gas shell hit him and exploded. Hundreds of students were severely injured.

Section 144 of the Criminal Code which prohibits any gathering of 5 or more people has been imposed across the entire state of UP. Internet has been shut down in several parts.

Videos showing police destroying properties of innocent Muslims in UP have surfaced which the ‘Godi media’, a term coined for PM Modi’s lapdog media, refuses to acknowledge. Innocent youth are being dragged out of their homes and their properties are being seized on the accusation of destruction of public property. Death toll has crossed 22. Thousands are in custody.

It’s not surprising that Narendra Modi is being compared to Adolf Hitler.

Religion based politics is nothing new in India, the Babri Masjid-Ram Janmabhoomi issue and Gujarat riots being two of the most glaring examples.

However, in day to day life ‘Hindu, Muslim, Sikh, Isai, Aapas mein sab bhai bhai’ (Hindus, Muslims, Sikhs, Christians are all brothers) has not just been a slogan but a way of life.

Muslims in India have held prominent positions in every sphere of life, be it arts, literature, sports or leadership and have been admired by Hindus and Muslims alike.

The current BJP government aims to change all of that with its RSS-inspired fascist ideology of Hindutva – Hindu nationalism and ‘Hindu rashtra’ (nation).

One of the heartening aspects of the CAA/NRC uprising is that it is not being seen as just a Muslim struggle. It is rightly being seen as a struggle to uphold the secular ethos of the Constitution of India. However, there is more to this struggle which is being led by the youth of the country.

Underlying the CAA-NRC struggles is the country’s deep disappointment with PM Modi’s lofty promises of ‘acche din’ (good days) which gave the country a new hope . Among other things he promised to make India an economic superpower. Today the nation’s economy is in doldrums which has led to frustration and dejection in the youth.

IMF’s last forecast for India was 6.1% growth in 2019. This has slumped to 4.9%. Unemployment is at a 45-year high and industrial growth rate is negative.

One of the major reasons for the economic slowdown has been the government’s radical decision of demonetization in 2016 which sent the entire country in a turmoil and failed to achieve any of its stated objectives. Small businesses took a further hit with the implementation of the Goods and Services Tax (GST).

At a time when the government’s primary concern should have been the faltering economy, the government diverted the country’s attention to the Babri Masjid -Ram Janmabhoomi issue. As soon as that ended it announced the CAA and NRC, continuing its propaganda of Hindu nationalism as opposed to real issues faced by the nation.

At this critical junction the economy can be expected to take a further hit by the cost of the implementation of the CAA and NRC exercise.By conservative estimates, nationwide NRC will cost Indians a whopping 500 billion rupees in admin expenses alone. Add to it the massive cost of building and maintaining detention centers across the country and the nation looks set for an economic and logistical nightmare.

Today the educated youth of the country is voicing its frustration at the price the country has been paying due to the government’s fascist ideologies. They no longer want the world to know India for its age old mandir-masjid disputes, mob lynchings, communal riots, human rights violations, poverty or illiteracy.

The current uprising is not just against one particular law.The people, especially the youth of India are protesting for their rights to work together as one nation to take the country towards being an exemplary democracy and an economic superpower.

The New Scramble For Africa

Sadaf Afshan grew up in a pluralistic society in northern India. A Canadian citizen who now calls Houston, TX home, she is a mother of three, blogger, entrepreneur and an active volunteer in the Houston Muslim community.