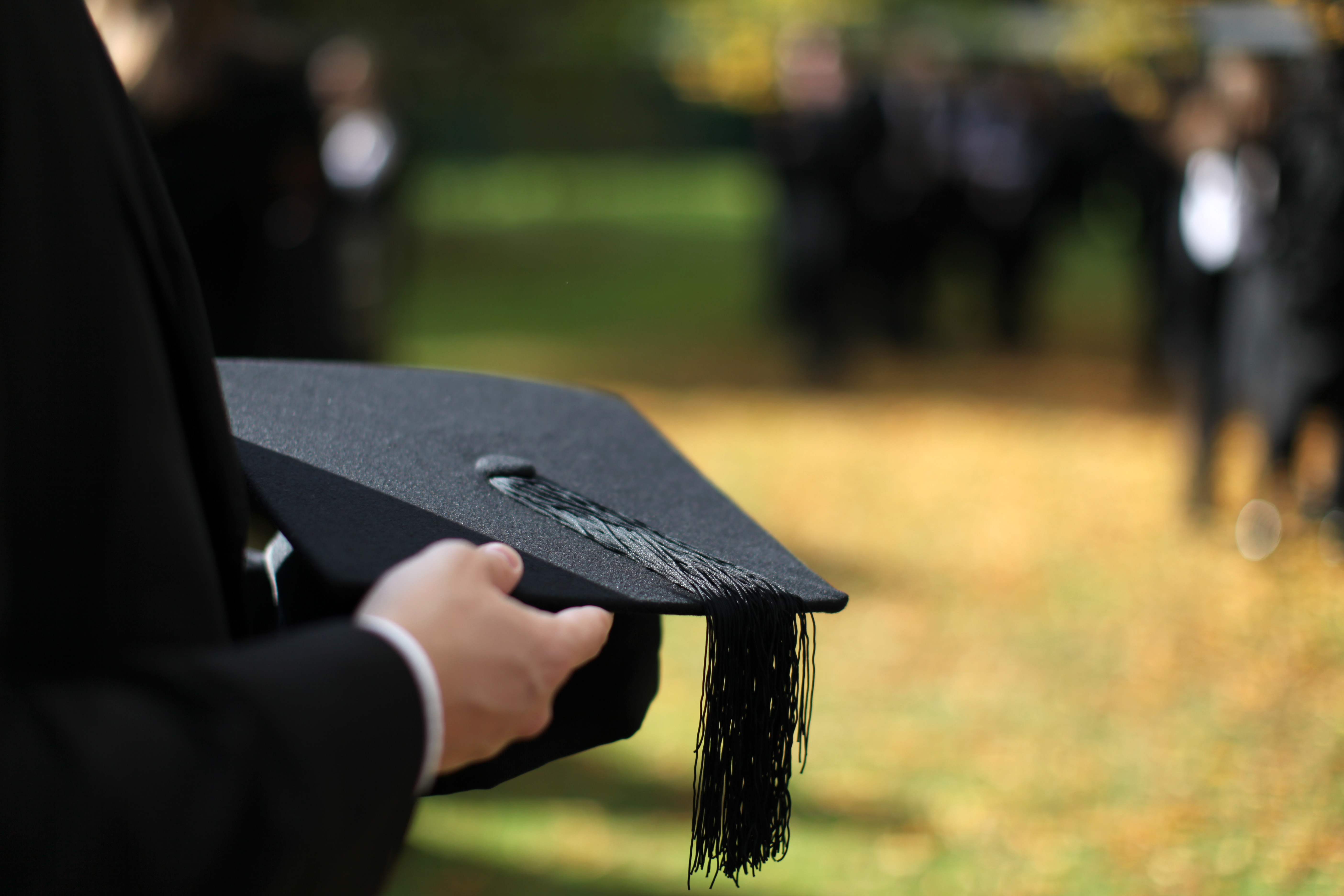 He squirmed in his seat as his Middle East history professor–yet again–made a subtle jab about Islam, this time about the jizyah.  This professor claimed to be pro-Arab and pro-Islam and was part of a university department that touted itself for presenting history and narratives that are typically left out of the West’s Eurocentric social studies sequence. Still, she would subjectively only present an Orientalist interpretation of Islam. Ahmad* sighed. He felt bad just thinking about what all his classmates at this esteemed university thought about Islam and Muslims. He was also worried about fellow Muslims in his class who had not grown up in a practicing household-what if they believed her? He hated how she was using her position as the “sage” in the room to present her bias as absolute truth. As for himself, he knew deep down in his bones that what his professor was alleging just could not be true. His fitrah was protesting her coy smile as she knowingly agitated the few Muslims in her class of one-hundred-fifty.  Yet, Ahmad had never studied such topics growing up and felt all his years of secondary education left him ill-equipped as a freshman in college.  He tried to search for answers to her false accusations after class and approached her later during office hours, but she just laughed him off as a backward, orthodox Muslim who had obviously been brainwashed into believing the “fairy tale version” of Islam.

Asiyah* graduated as class valedictorian of her Islamic school. She loved Biology and Physics and planned to major in Engineering at a top-notch program. While both family, friends, and peers were proud of her (some maybe even wishing they were in her shoes), they had no idea of the bitter inner struggle that was eating away at her, tearing her up from the inside out. Her crisis of faith shook her to the core and her parents were at their wits’ end. While she prayed all her prayers and even properly donned her hijab, deep down she felt……..sort of….……atheist.  Physics was her life–her complete being. She loved how the numbers just added up and everything could be empirically proven. But this led to her greatest anguish: how could certain miraculous events during the time of the Blessed Prophet

have occurred? How could she believe in events that were physically and scientifically impossible?  She felt like an empty body performing the rituals of Islam.

Islam is a way of life. Its principles operate in every avenue of one’s life. However, English, History, Science and Mathematics are often taught as if they are beyond the scope of Islam. It is commonly assumed that moral teaching happens, or should happen, only in the Islamic Studies class. Yet, if we compare what is being taught in the Islamic Studies class with what is being taught consciously or unconsciously in other classes, an unwelcome surprise awaits us. Examining typical reading material in English classes, for example, reveals that too much of the material is actually going against Islamic norms and principles. Some of the most prominent problems with traditional English literature (which directly clash with Islamic moral and ethical principles) include: the mockery of God and religion, the promotion of rebellion against parents and traditional family values, the normalization of immoral conduct such as lying and rude behavior, and the condoning of inappropriate cross-gender interactions. Additionally, positive references about Islamic culture are either nonexistent or rare. Toxic themes of secularism, atheism, materialism, liberalism, and agnosticism are constantly bombarding our young Muslim students, thus shaping the way in which they view and interact with the world.

Corrective Lens: The Worldview of Islam

We need our children to develop an Islamic worldview, one that provides a framework for Muslims to understand their world from the perspective of the Qur’an.  It is impossible for the Islamic Studies classes alone to successfully teach Islamic behavior and nurture moral commitment unless the other classes also reflect the Islamic worldview- an outlook that emphasizes the idea that all our actions should be focused on pleasing Allah and doing good for ourselves and others. Therefore, the majority of what is taught in all academic disciplines should be based on Islamic values, aiming to improve the life of the student by promoting sublime ethical conduct. The unfortunate reality is quite the opposite: a typical child in a school in the West spends a minimum of 576 periods (16 periods of core classes/week * 4 weeks/month * 9 months) of classroom instruction annually on academic subjects that are devoid of Islam and contain minimal teaching of morality that aligns with Islamic principles. How much Islam a child learns depends on whether their parents choose Sunday school, Islamic schools, and/or other forms of supplementation to provide religious knowledge. However, rarely does that supplemental instruction undo the thousands of hours of the atheistic worldview that children soak in by the time they finish high school through the study of secular subjects. By not having an Islamic worldview and not having Muslims’ heritage and contributions to humanity infused into the teaching of academic subjects, we witness the problems experienced by the likes of Ahmad* and Asiyah*–problems that plague modern Muslim youth.

This realization is perhaps the missing piece in the puzzle when it comes to our bewilderment: how are large swaths of youth from some of the kindest, sweetest, practicing Muslim families going astray and getting confused? When we shepherd our flock and find one or more of our “sheep” lost and off the beaten path, we think of the likely suspects, which include negative influences from peers, family, movies, social media, etc. We may even blame the lack of inspiring role models. We are less likely to suspect that the very literature that our children are consuming day in and day out through our well-intentioned efforts to make them “educated” and “sophisticated” could cause them to question Islam or fall into moral abyss.

Islamic Infusion in Academic Study as a Solution

There have been efforts across the globe to infuse Islam into academic study of worldly subjects. Universities such as the International Islamic University of Malaysia(IIUM), which has a dedicated “Centre for Islamisation (CENTRIS),” is an example. At the secondary school level, most brick and mortar Islamic schools do offer Arabic, Qur’an, and Islamic studies; however, few Muslim teachers are trained in how to teach core academic subjects using principles of Islamic pedagogy.

How exactly can educators infuse an Islamic perspective into their teaching? And how can Muslim children have access to high quality education from the worldview of Islam, taught by talented and dynamic educators?

Infusing Islam & Muslim Heritage in Core Academic Subjects, According to the Experts:

Technology has now enabled this Islamic infusion for middle schools and secondary schools to become a reality on a global scale, alhamdulillah. Legacy International Online High School, a college preparatory, online Islamic school serving grades 6-12, whose mission is “Cultivating Compassionate Global Leaders”, offers all academic subjects from the Islamic worldview. Pioneered by leading Muslim educators from around the globe with background in Islamic pedagogy and digital learning, Legacy is the first of its kind online platform that is accessible to:

Alhamdulillah, Legacy IOHS is an accessible resource for families with children in grades 6-8 who are seeking curriculum and instruction that is Islamically infused.

Strengthening Faith & Identity in College and Beyond

For those seeking supplementary resources to address the most prevalent hot topic issues plaguing young Muslims of our times, Yaqeen Institute, whose initial publications were more targeted towards a university audience, is now working to make its research more accessible to the general public through both its Conviction Circles initiative and its short videos featuring infographics.

Another online platform, California Islamic University, offers a comprehensive course sequence which allows college students to graduate with a second degree in Islamic studies while simultaneously completing their undergraduate studies at any accredited community college or university in the United States. Qalam and AlMaghrib Institute also offer online coursework in Islamic studies.

What We Hope to Avoid

While volunteering at his son Sulayman’s* public school with ten student participants, Ibrahim* was saddened when he met a young boy named Chris*. When Chris met Ibrahim, he piped up and eagerly told Ibrahim, “my grandparents are Muslim!” Through the course of the conversation, Ibrahim realized that he knew Chris’ grandparents, a very sweet elderly couple (and currently very practicing) who had not made the Islamic worldview a priority early on in their children’s lives. A mere two generations later, Islam is completely eliminated from their family.  *names changed

We pray that with the above, we will have fulfilled our duty in shepherding our flock in a comprehensive way, with utmost care. It is Allah’s help we seek in these challenging times:

‘Our Lord, do not let our hearts deviate after You have guided us. Grant us Your mercy: You are the Ever Giving. [Qur’an 3:8]

‘Our Lord, give us joy in our spouses and offspring. Make us good examples to those who are aware of You’. [Qur’an 25:74]

“O turner of the hearts, keep my heart firm on your religion.”

Freda Shamma has a M.A. from the University of California, Berkeley, and an Ed.D. from the University of Cincinnati in the area of Curriculum Development. A veteran educator, she has worked with educators from the United States, South Africa and all over the Muslim world to develop integrated curricula based on an Islamic worldview that meets the needs of modern Muslim youth. She serves as Curriculum Advisor for Legacy International Online High School.

An avid student of the Islamic sciences, Zaheer Arastu earned his M.Ed from The George Washington University and completed his training in Educational Leadership from the University of Oklahoma. his experience in Islamic education spans over 15 years serving as both teacher, administrator, and dean of innovation and technology. He currently serves as the Head of School for Legacy International Online High School. микрозайм на карту без звонков от оператора

Grit and Resilience: The Self-Help vs. Islamic Perspective