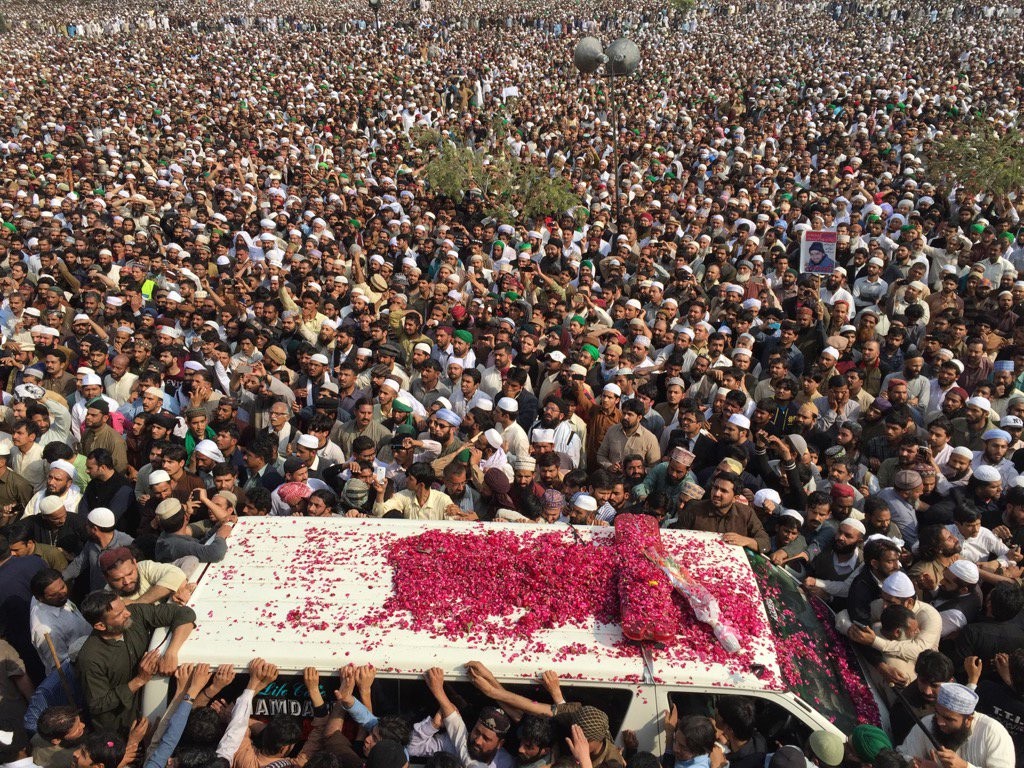 Imam Ahmad Ibn Hanbal (may Allah be pleased with him) in the midst of the torture he endured at the hands of his oppressors used to say: baynana wa baynahum aljanaa’iz, which means, “the difference between us and them will show in our funerals.” The man who instigated the ideological deviation that led to his torture was an appointed judge named Ahmad Ibn Abi Du’ad.

At the moment of Imam Ahmad Ibn Hanbal making those remarks, it appeared Imam Ahmad would die disgraced in a dungeon but Ahmad Ibn Abi Du’ad would have a state funeral with thousands of mourners. Instead, Imam Ahmad persevered through his struggle, was embraced by the people, and honored by Allah with the biggest Janazah ever known to the Arabs with millions of people pouring in from all over. Ahmad Ibn Abu Du’ad was cast aside and buried without anyone attending his janazah out of revulsion.

Now sometimes righteous people do die in isolation, and wicked people are given grand exits. There are people like Uthman Ibn Affan (may Allah be pleased with him) who was murdered by the people of fitnah, then buried at night far away from the people out of fear of the large numbers that would’ve poured out to his janazah and potentially mobilized against his oppressors. But it may be that Allah

inspired Imam Ahmad with the vision to see his victory in this life before the next. To elaborate a bit on his statement though, allow me to reflect:

A wise man once said to me,

“Always put your funeral in front of you, and work backwards in constructing your life accordingly.”

With the deaths of righteous people, that advice always advances to the front of my thoughts. When a person passes away, typically only good things will be said of them. But it’s important to pay attention to 2 aspects about those good things being said:

1. Is there congruence in the particular good quality being attested to about the deceased.

2. Are those good qualities being attested to actually truly of the deceased.

The first one deals with consistency of character, the second one with sincerity of intention which is only known by the Creator and His servant. In regards to the first one, take our sister Hodan Nalayeh (may Allah have mercy on her) who was murdered tragically last week in a terrorist attack in Somalia. Everyone that spoke of her said practically the same thing about how she interacted with them and/or benefitted them. There is complete harmony with all of the testimonies about her. And in that case we all become the witnesses of our sister on the day of judgment, testifying to her good character.

For many that pass away, neither the deceased nor the community fully appreciates the way they benefitted others until that day. It was narrated that when Zainul Abideen Ali Ibn Al Husayn (may Allah be pleased with them), the great grandson of the Prophet

passed away, he had marks on his shoulders from the bags he used to carry to the doorsteps of the poor at night when no one else was watching. The narrations state that the people of Madinah used to live off his charity not knowing the source of it until his death.

But Zainul Abideen didn’t care for the recipients of his charity to know that he was the source of it, because He was fully in tune with it’s true Divine source. He didn’t want to be thanked in this world, but in the next. He didn’t want the eulogy, he wanted Eternity.

He understood that if you become distracted by the allure of this world, you may merely become of it. Focus on bettering the future which you cannot escape, rather than the present that you cannot dictate. Focus on the interview with the One who needs no resume, rather than the judgments of those who are just as disposable as you.

“O Allah, let the best of my lifetime be its ending, and my best deed be that which I seal [my life with], and the best of my days the day I meet You.”

Which brings us to the second aspect of your funeral, the sincerity of the good you’re being praised for. The Prophet (peace be upon him) said, “increase your remembrance of the destroyer of pleasures.” Death only destroys the temporary pleasures of this world, not the pleasure of the Most Merciful in the next. Keeping that in perspective will help you work towards that without being distracted. If it is the praise of the people you seek, that is as temporary as the world that occupies both your worldly vehicle ie. your body, and your companions in this world who shall perish soon after you.

The Prophet (peace be upon him) mentioned the one who passes away with the people lavishing praise on him that he is unworthy of. In a narration in Al Tirmidhi, the Prophet (peace be upon him) said, “No one dies and they stand over him crying and saying: ‘Oh what a great man he was! Oh how honored he was!’ except that two angels are appointed for him to poke him and say: Is that really you?”

May Allah give us all a good ending, and an even better eternity.