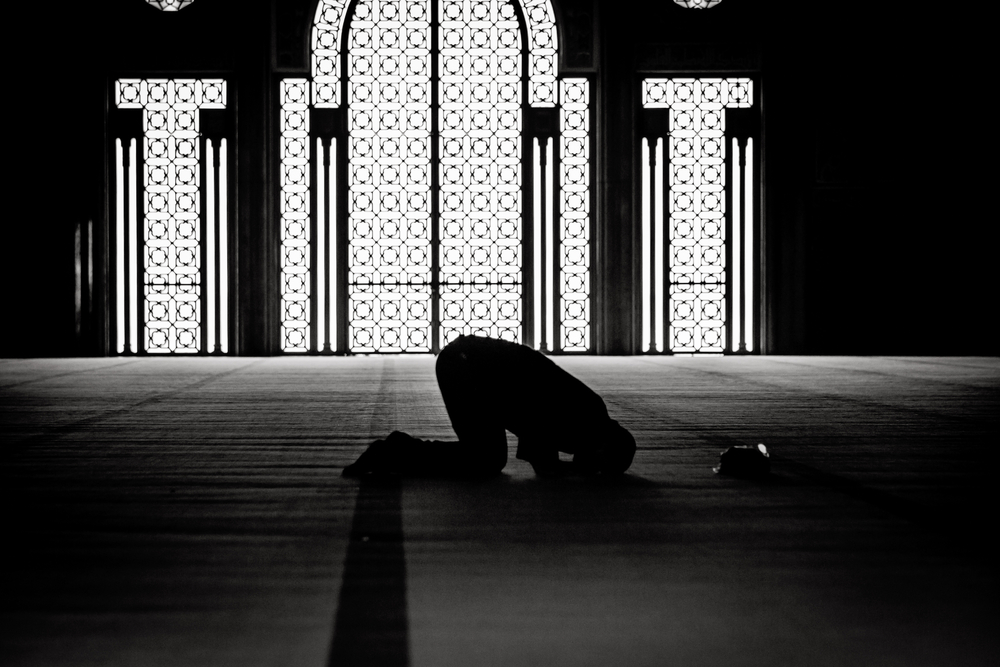 It has been narrated that Imam Al-Hasan Al-Basri said about hypocrisy: “مَا أَمِنَهُ إِلَّا مُنَافِقٌ، وَمَا خَافَهُ إِلَّا مُؤْمِنٌ,” which means no one feels safe from into hypocrisy except a hypocrite, and no one fears falling into hypocrisy except a believer. The fact that you are interested in learning how to maintain your sincerity is a great sign, God willing, of your belief and sincerity, and Allah knows best.

Here is a quick reminder of why it is critical to have our intentions in acts of worship sincerely for the sake of Allah alone:

Remember, for one’s act of worship to be accepted there are two conditions that need to be fulfilled. The action has to be correct (i.e. in accordance to the Quran and Sunnah, and the action has to be done for sake of Allah alone

Allah has said, ““…Whosoever would hope for the meeting with his Lord – let him do righteous work and not associate in the worship of his Lord anyone.” [18:110] 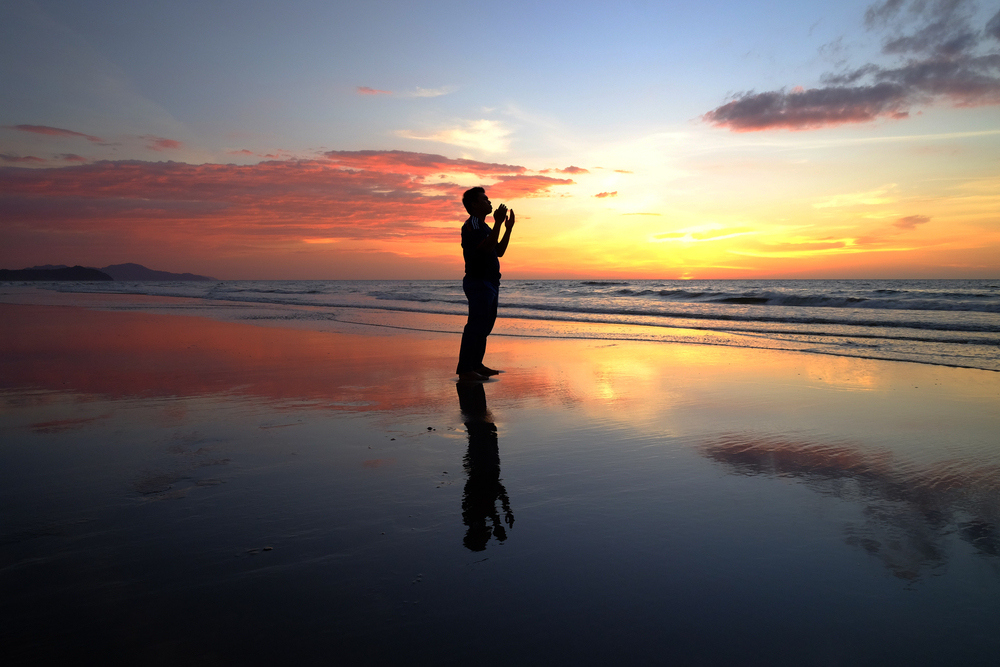 Here are 3 ways to keep your acts of worship sincerely for none other than for the sake of Allah:

We need to keep in mind 2 important points:

And [mention, O Muhammad], when Abraham said, “My Lord, make this city [Makkah] secure and keep me and my sons away from worshipping idols.” [14:35]

Do you realize what he asked for? He asked Allah to assist him and his children to not worship idols! If he, Ibrahim, one of the best humans who ever walked the face of this Earth was seeking Allah’s assistance towards not committing major association (shirk akbar) then what should we do…

Simply amazing! The one who went to the heavens and spoke with Allah still sought assistance in Him towards keeping his heart steadfast and sincere… So be in a habit of making this supplication especially when you feel your sincerity may sway.

Another supplication one should be in the habit of saying:

“And say, “My Lord, cause me to enter a truthful entrance and to exit a truthful exit and grant me from Yourself a supporting authority.” [17:80]

What does it mean to ask for “a truthful entrance?” One of its meanings, as Dr. Mohammed Al-Nabulsi said, is a person asking Allah for that entrance (i.e. to their job, university, travel, marriage, etc.) to be for the sake of Allah alone, subhana Allah. That is beautiful, but is it enough? A person may start an action sincerely for the sake of Allah but as time progresses one’s intention may drift away towards worldly reasons instead. Here, the second part of the supplication comes in where we ask Allah for a “truthful exit”. Just as we would seek to begin our acts of worship with a sincere intention for none other than Allah we would love to end the action with the same sincere intention for Allah. 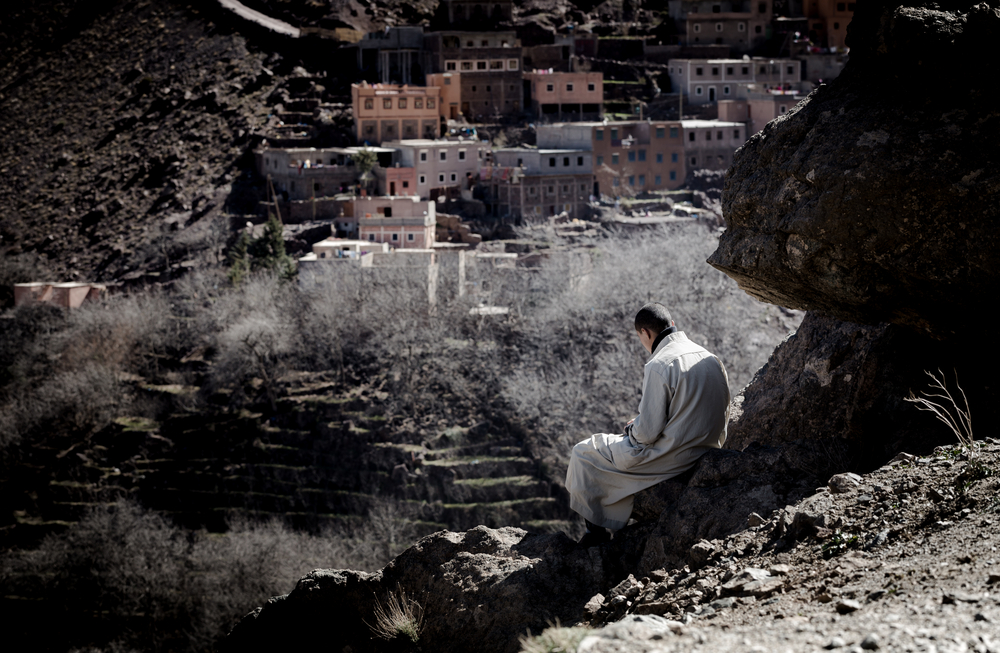 “Call upon your Lord in humility and privately; indeed, He does not like transgressors.” [7:55]

“Hiding (the good deed) is better than publicizing it because it is closer to sincerity and further from showing off (to people).”

The earlyMuslims would not indulge in sharing their worship. We learn from Ibn Katheer that Imam Al-Hasan Al-Basri said:

“We have known people who no act of worship on Earth which they can perform secretly except that they would never end up publicizing it.”

But one, obviously, can publicize their good deed if it wasn’t possible to hide it and if it was seen to be better than hiding it as Allah said:

“If you disclose your charitable expenditures, they are good; but if you conceal them and give them to the poor, it is better for you, and He will remove from you some of your misdeeds [thereby]. And Allah, with what you do, is [fully] acquainted.” [2:271]

Ibn Katheer stated about this verse:

“In it (i.e. this verse) a sign that hiding and being secretive in giving charity is better than publicizing it; because it is further from showing off, unless publicizing the act is more beneficial, such as, for people to be inspired and be positively influenced, then it is better (to publicize it) from this angle.”

One day I had to pick up a brother very early in the morning for an appointment. Upon picking him I asked: “Brother, you seem wide awake. Did you not sleep?” He replied: “I did sleep but I woke up, prayed qiyam (night prayers) and stayed awake since.” To me personally, there were great lessons to extract from this incident. Mainly, one should avoid accusing anyone’s intentions, since one’s intention is located in the heart and only Allah knows about, and because it is possible that the brother publicized to me such a supposedly secret deed just to inspire me to wake up at night and pray to Allah.

With that being said, I’d like to share a thought with you: it is a lot easier to be sincere when performing public good deeds if a person has a good amount of secret good deeds. Think about that. On the other hand, as many have advised in the past: “Hide your good deeds the way you would hide your bad ones”. 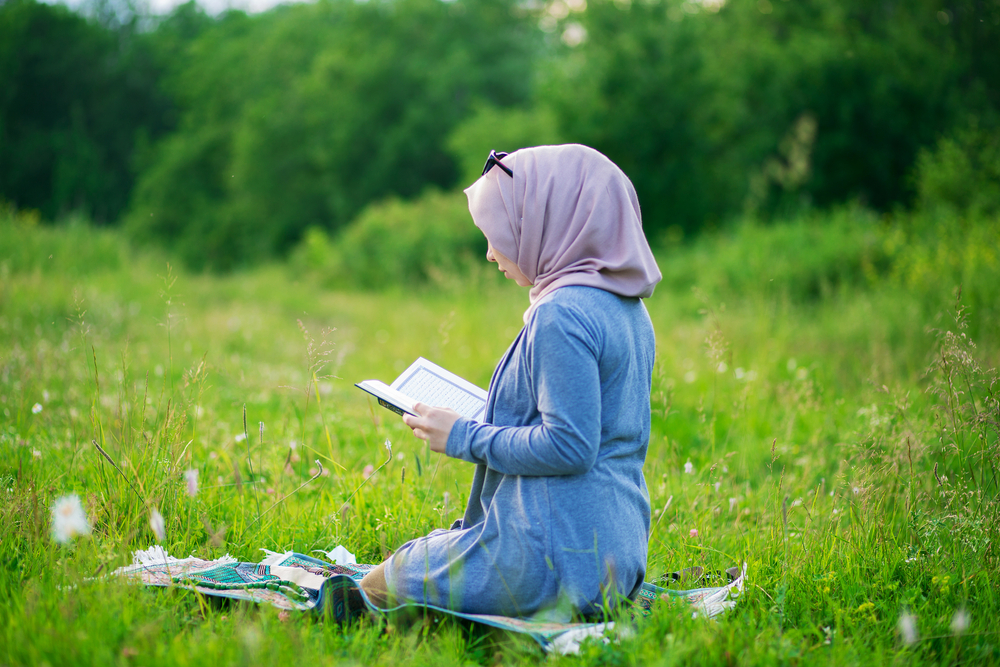 3. Keep in mind the consequences, in this life and afterlife, of seeking peoples’ pleasure over Allah’s pleasure

The insincere will be exposed in this life. Prophet Muhammad (ﷺ) said:

My beloved, be watchful of your intention, be watchful of it even when you are posting on social media. Do not post a hadith, verse or an Islamic reminder of some sort except that your main focus is whether Allah will be pleased with it or not and not whether you will get many likes or not. The people may praise us for the “dawah” work we do but it would be just a matter of time till we get exposed had we been doing it just to please the people and for an intention other than it being for the sake of Allah, and Allah knows best.

The insincere will suffer mentally and physical

Why is that? Because if an act of worship was not performed for the sake of The Creator then it is surely done for the sake of the creation and it will never be possible to please all the creation. So the insincere is wasting his energy, time and all valuable assets for a goal that will never be accomplished. Prophet Muhammad (ﷺ) himself did not have everybody pleased with him. The people accused him of being a magician, madman, possessed…etc. Allah says in the Quran

“Similarly, there came not to those before them any messenger except that they said, “A magician or a madman.” [51:52]

Not just that! Even Allah, glory be to Him, did not have everybody pleased with him and some even considered Him stingy! Allah said in Surah Maidah:

And the Yahood said, “The hand of Allah is chained.” Chained are their hands, and cursed are they for what they say. Rather, both His hands are extended; He spends however He wills. [5:64]

Please pay attention to the following as well: leaving a good deed for the fear that people may think you are showing off is in essence showing off.

Moving on to mentioning the consequences of being insincere in the afterlife- the insincere will be mocked and the first to be punished on the day of judgment. The Beloved Prophet Muhammad (ﷺ) said:

The thing that I fear most for you is minor shirk.” They (companions) said: “O Messenger of Allah, what is minor shirk?” He said: “Showing off, for Allaah will say on the Day when people are recompensed for their actions: ‘Go to those for whom you were showing off with your deeds in the world, and see what reward you find with them.’” [As-selselah As-saheehah]

The first of men (whose case) will be decided on the Day of Judgment will be a man who died as a martyr. He shall be brought (before the Judgment Seat). Allah will make him recount His blessings (i. e. the blessings which He had bestowed upon him) and he will recount them (and admit having enjoyed them in his life). (Then) will Allah say: What did you do (to requite these blessings)? He will say: I fought for Thee until I died as a martyr. Allah will say: You have told a lie. You fought that you might be called a” brave warrior”. And you were called so. (Then) orders will be passed against him and he will be dragged with his face downward and cast into Hell.

Then will be brought a man whom Allah had made abundantly rich and had granted every kind of wealth. He will be brought and Allah will make him recount His blessings and he will recount them and (admit having enjoyed them in his lifetime). Allah will (then) ask: What have you done (to requite these blessings)? He will say: I spent money in every cause in which Thou wished that it should be spent. Allah will say: You are lying. You did (so) that it might be said about (You):” He is a generous fellow” and so it was said. Then will Allah pass orders and he will be dragged with his face downward and thrown into Hell. [Muslim]

May Allah protect us…

Do you know when should one feel completely safe and confident that they are going to make it to Jannah, in shaa Allah? It is when the person hears the angel of death right next to his or her head during the last moments of their life and says as Allah says:

I pray to Allah that you get to hear this said to you, my beloved and respected brothers and sisters, but to hear it you need to do your best to perform your acts of worship sincerely for none other than Allah. Remember to seek Allah’s assistance and hide your good deeds.

Shattering The Stigma of Mental Illness