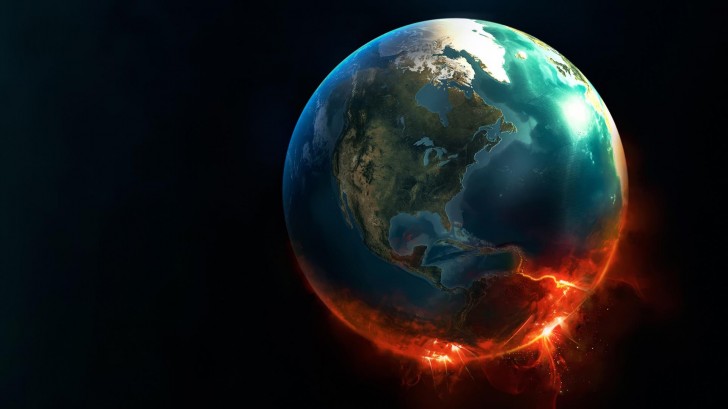 Report after report shows how planet Earth may reach a point of no return. An analysis written by Ian Dunlop claims the planet cannot be saved by the mid-century if we continue on this path. And yet here we are marching towards a war with Iran.

When we think of climate change, we rarely think of war. On June 12th, 2019, Brown University released a report declaring the Department of Defence to be “the world’s largest institution to use petroleum and correspondingly, the single largest producer of greenhouse gases (GHG) in the world.” Burning jet fuel for transportation of troops and weapons make up 70 percent of the Pentagon’s emissions.  Ironically, earlier this year the Pentagon released a 22-page report to Congress stating the ⅔ of their mission-essential installation in the US are vulnerable to flooding, and ½ are susceptible to wildfires. To no surprise, Trump rejected those findings at the time. The Pentagon is now concerned with the impact climate change has on their “foreign missions.”

With tensions high with Iran, and several thousand troops are expected to be deployed, if war with Iran is to happen, it may lead us to a more damaged planet that may not recover. This makes the Pentagon guilty of killing people and the earth. The Department of Defense has consistently used between 77-80% of the entire US energy consumption. We see spikes during times of massive war (since America is in a constant state of war), like in 1991, 2001, and so on.

Here is a list of the seven significant sources of greenhouse emissions done by the Department of Defense:

This impact on the climate is just the portion from America, in the Iraq war, 37 countries fought alongside America, and 60 are allied against ISIS. There is a way to calculate those emissions as well.

The Rules of War

Before engaging in battle, the Prophet Muhammad

A verse in the Holy Qur’an

How does this potential war against Iran play into all this?

Our first call to action is to organize an anti-war rally. This type of work is weak in America, and virtually non-existent within the Muslim community.

Abu Sa’eed said: ‘As for this, he has fulfilled what is upon him. I heard the Messenger of Allah

Historically, anti-war sentiment in America has grown over the years. When the Iraq war first started only 23% thought it was a mistake, today it is close to 60% that believe the war is a mistake. Yes, this is in hindsight, but that it is also growth. The reason the anti-war movement is feeble in America is that there is no platform for the campaign to grow. Both parties are guilty of starting wars or taking over the wars from the past administration. Whether we do it alone as an individual or as a group, we should do everything we can as privileged members of this planet to save and protect those that can’t defend themselves.

There is a famous quote of the famed boxer Muhammad Ali when explaining why he wasn’t fighting in the war. He said, “…I am not going ten thousand miles from home to help murder and burn another poor nation simply to continue the domination of white slave masters of the darker people the world over. This is the day when such evils must come to an end. I have been warned that to take such a stand would put my prestige in jeopardy and could cause me to lose millions of dollars which should accrue to me as the champion.”

With that said, there is a significant interest in the region for more than just fuel and resources. It is truly a problem, our operations in the Gulf is to address our dependency on Persian oil, and the fuel that is used to address our dependence is to protect those resources and access to them. One estimate is that America spends $81 billion annually defending the global oil supply. They do this because the DOD feels its dependency will make it vulnerable on a larger scale.

In 1975 America decided to take away the fear of losing the resources and developed the “Strategic Petroleum Reserve,” and in 1978, they created the Rapid Deployment Force (RDF). Their only purpose was to defend US interest in the Middle East. This, in turn, leads to extractivism of resources and supplies. (Which will be explained in a future article).

This war can be the end of all wars as it can accelerate us to the point of no return in regards to climate change.

A war with Iran is a war with Earth and all who live on it.

A Code of Conduct To Protect Against Spiritual Abuse