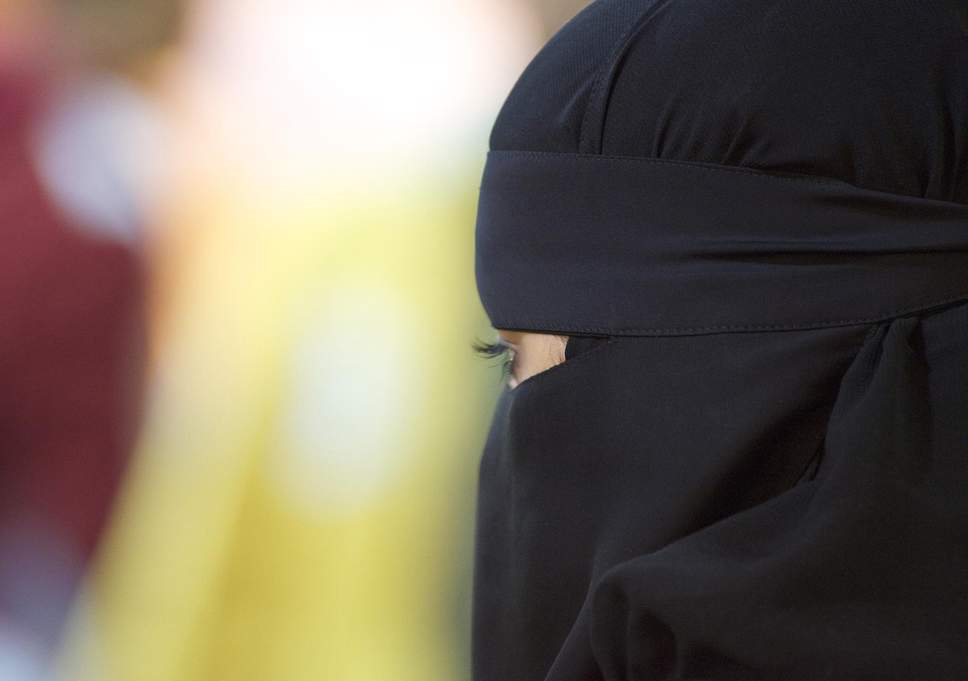 This article was originally published on Groundviews

As of last Monday, Sri Lanka is taking a seat at the table next to a list of 13 other countries from across the world who have passed legislation banning the niqab or face veil.

Amidst incensed murmurs from certain parliamentarians, and following a discussion with the country’s main Islamic theological body, the All Ceylon Jammiatul Ulema (ACJU), the President’s office has announced that ‘any garment or item which obstructs the identification of a person’s face would be barred.’ Sri Lanka has been under emergency regulations following the Easter Sunday attacks which killed over 250 people. The ban will hold until emergency regulations are lifted.

Ever since the identification of the all-male terrorists behind the massacre as members of militant group ISIS, Muslim women -for some inexplicable reason- were to bear the hardest brunt. Instances of headscarved Muslim women being refused entry at various supermarkets and prominent establishments, was followed by the usual scaremongering via alarmist infographics doing the rounds yet again ‘educating’ the public of the differences between the burqa, hijab, and chador.

A victory indeed for both anti-Muslim voices, as well as to many within the Muslim community seeking to audibly amputate themselves from a supposedly dated form of Islam – one that they claim has no bearing to inherent Sri Lankan Muslim identity.  A view that discards the notion that any religious or ethnic identity is fluid, in flux, and subject to constant evolution.

The grand slam however is primarily for the current political establishment, members of whom are probably high-fiving each other as a result of this kneejerk symbol-politics manoeuvre on having supposedly successfully placated the public of their fears of homegrown terrorism. A move that bleeds hypocrisy for it comes at the cost of subliminally ‘othering’ an already marginalized segment of a minority community, while at the same time PSA’ing for peace and coexistence in this time of crisis.

What is most insulting to the intelligence of our society however, is that amidst all this brouhaha, only few have questioned the actual relevance of this new ban to the current state of our security affairs.

No eye witness report nor CCTV footage showed that any of the suicide bombers from any of the coordinated attacks across the country were on that day wearing the niqab/burqa/chador at the time of inflicting their terror. The men were in fact dressed in men’s attire, with faces completely exposed. It might serve to add here also that they weren’t dressed in traditional Muslim man garb either.

How then did the face veiling Muslim woman get pushed under the bus as the most identifiable sign of radicalism?

It is obvious that the government was cornered into passing this legislation, as was the ACJU too in having to support this move. While all communities have only their praises to sing for the exceptional work of the security forces in tracking down the attackers within only just hours, the country’s elected leadership was in dire need of respite following what many experts claim was a massive intelligence failure, a blunder involving the wrongful identification of a terror suspect, and incompetence in the handling of events overall. A distraction was desperately required. Something needed to give, and it just so happened that the niqab-donning Muslim woman was the easiest scapegoat.

To an outsider unfamiliar with Muslim religious symbolism, the face-veil can come across as alien, even unnerving. And while our first instinct is to otherize in an attempt to help deal with the discomfort of dealing with any unknown, a woman out in the street in a niqab is -for as long as anyone can remember- most certainly not an oddity that has compelled anyone to stop and recite their final rites.

The misguided belief that the face veil is a marker of extremism isn’t and hasn’t ever been based on any empirical research. If studies were to be carried out, results would show that Muslim women in general -let alone those with a face cover- have a little role to play, if any, for acts of terror committed in all the countries that have banned them.

Contrarily, there is a clear proven relationship between terrorist attacks and increases in recorded Islamophobic incidents against Muslims, with women being disproportionately targeted. One can then dare infer that being visibly Muslim carries a greater risk to oneself, than to the people around them.

The niqab ban has been put in place as a security measure they say – a flexing of muscles towards any semblance of radicalization that will deter any future acts of terror in the country. Naturally, the perpetuating of this ideological hegemony is doing Muslim women no favors. If anything, the ban is a wholly counterproductive one, in that it ostracizes an already marginalized segment of a minority community – a sliver of a percentage out of the 10% that is the country’s Muslim population.

If -as commonly believed- veiled Muslim women are being hopelessly persecuted, the ban will serve only to increasingly confine these women to their homes, under the control of the men accused of governing their lives, and further disconnected from being able to assimilate with society. Even more dangerous, there are studies which prove that having to live in an environment that is aggressively policed on the basis of belief is more likely to harbour radicalization.

Absurdity of the non-connection of the attacks with the niqab ban aside, this in itself should be a war cry for secular feminists advocating for everyone’s basic right to the civil freedoms of a liberal society. Where now are the proponents and ambassadors so wholly soaked in the ‘Muslim woman saviour complex?’ A segment of Muslim women has been forbidden from wearing what they feel best represents their Sri Lankan Muslim identity. They were not consulted before this legislation was passed, nor were they given the chance to show their willingness to cooperate on instances where identification was required.

Ludicrously, discourses surrounding veiled Muslim women are paradoxically lobbed back and forth according to the convenience of the times. In times of world peace, they are oppressed and subservient to patriarchal whims and fancies, while in the immediate aftermath of a terror attack there are hostile and threatening, capable of devising all kinds of evil. They are either victims of violence or the perpetrators of it.

This age-old preoccupation with Muslim women’s attire is in actuality a gross conflation of conservatism with extremism. In claiming that a strip of cloth holds the answer to combatting a severe global threat is trivialising the greater issues at hand. If there was a direct correlation between the attacks and veiled individuals, legislation forbidding the covering of the face in public would be wholly justified. But there is none.

Muslim women shouldn’t be faulted for the cracks in the state’s china. In not being able to answer the hard questions of accountability, lapses in acting on available intelligence, and general good governance, those at the top should leave well alone and consider hiding their faces instead.