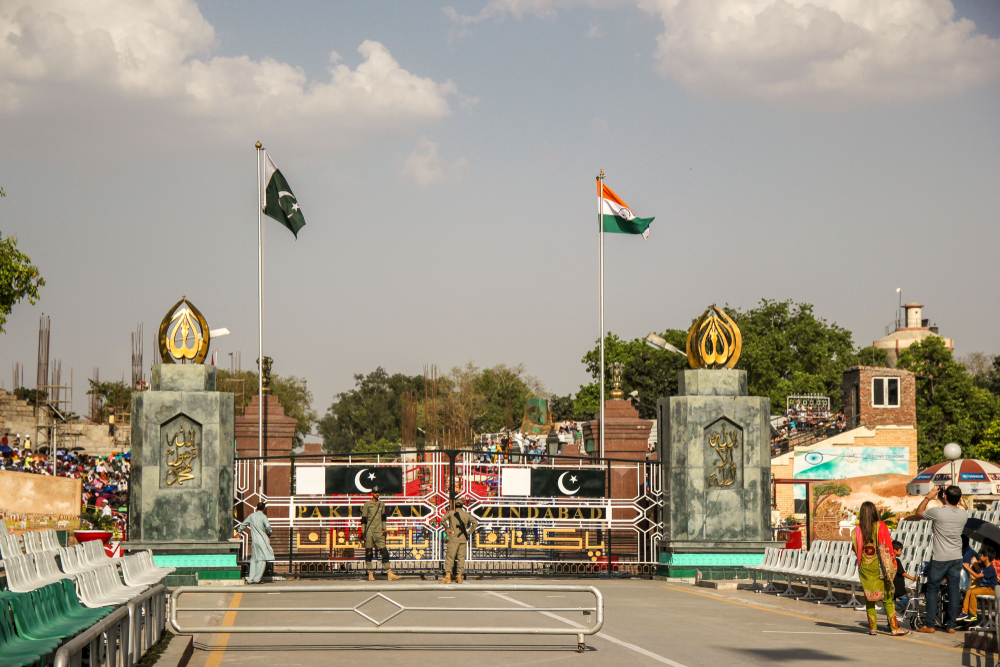 War should never be an option. Sane people in South Asia must wake up to the fact that war only results in greater misery than almost every single alternative

As a Pakistani American who has many Indian friends and who has hired Indians in a professional capacity, it took me years to wean off negativity towards India— not uncommon on both sides of the border.

You can say what you want. But the fact remains that the two people have much more in common than either has with any other nation. Culture, language, history— so much togetherness.

Yet, the British left Kashmir for the two nations to bicker over and avoid real progress. Let’s be honest. Kashmir was the only Muslim majority state not to merge into Pakistan, while all Hindu majority states merged into India. The whole separation exercise was sloppy— leading to countless lives lost during the partition, and countless more in Kashmir since.

Now that’s history. The UN-mandated a plebiscite for Kashmiris to determine their own path; a plebiscite with many preconditions that legally allows India to not carry it out. But then again, which country would allow the breakaway of (what India considers) its own territory? Let’s face it, it’s simply not in India’s strategic interest.

More creative solutions include the possibility of an independent Kashmir (original Kashmir composed of territory from all neighbors as it was prior to partition) may be more possible, but again require massive political capital on both sides.

And thus, this leaves Kashmir as a tinderbox that will continue to create sparks between the neighbors.

As usual, the people suffer; Kashmiris continue to live through decades of violence. The Indian army has a huge presence in the valley— estimated at 700,000 strong. Human rights violations are routine according to independent sources. This is not surprising; mixing a large military presence among civilians usually leads to abuse.

Thus the most recent escalation in Pulwama didn’t happen in a vacuum. Kashmiris, much like Palestinians or not long ago, the Irish, have a lot of resentment, and they can easily be coaxed into violence. Let’s remember the Pulwama attacker was a young Kashmiri man— born and raised on the Indian side of Kashmir.

Unfortunately in an environment of emotional zeal and distrust, blaming the other for any attack has become the norm. The media, esp. the Indian media has gone berserk. Each news outlet trying to prove more nationalistic than the other. And every famous personality seems to be under the burden to say or tweet something patriotic.

As Pakistanis, we have to put ourselves in our neighbors’ shoes— difficult but necessary! So as an Indian, if I were hearing, reading and watching all the emotional nationalistic banter— I too would have been riled up again Pakistan: “How dare Pakistan attack and kill our soldiers?” (Pakistan didn’t, but this fact gets drowned out in the noise).

Recent history has shown us how the media can rile up the vile! We saw how Egyptian media riled up people to the point that they considered the massacre of thousands in Rabaa of their OWN people as justified; not “others”. So how easy can it be to rile up people against a “known enemy” Pakistan?

This is why sane Indians need to rise above fake nationalism, propped up by the Indian media frenzy. How is it nationalism to wish something wherein more of your soldiers will die— because war will kill, on both sides. And not just soldiers, innocent civilians too.

While Pakistani media has been generally more restrained, there are fools on this side too, thinking that war is a video game where you lose lives only on the screen!

JeM (Jaishe Mohammed), a Pakistani based outfit, claimed responsibility for the Pulwama attack. The fact is that JeM is itself a banned outfit in Pakistan. Even so, since when did a claim become proof of culpability? Many groups make opportunistic claims to beef up their own standing. And there are legal requirements for a claim to be verified as true.

However, a claim is a claim and needs to be investigated. Imagine if there was an attack in say Balochistan, and some Indian group claimed responsibility, then just like it would make sense for Pakistan to demand answers. Thus Indian demands are reasonable too. Even if it turns out to be bogus. So an urgent and honest search and hunt must go on for whoever made the claims. Investigate and bring the culprits to justice because international law doesn’t allow this. And if no proof is found, share the results with India!

Everyone is fully aware that India has elections coming. And that India has a leader who has a very checkered background (to put it mildly) with regards to treatment of minorities under his watch. But that’s India’s problem. Pakistan can’t solve it for India.

Fortunately, in Pakistan, we have Imran Khan, whose entire track record is that of being pro-peace and anti-war. Not a new stance, but a proven one.

So if anything Imran presented an opportunity for peace between the two nations. Perhaps in a non-election year, even Modi may have reciprocated. But the reality is that anti-Pakistan rhetoric is a vote-winner in India, so India won’t be sending any positive signals anytime soon.

But Pakistan is doing more than signals. They are sending a soldier back.

In the last 24 hours, Pakistan shot down two jets in its territory. The Indian Air Force pilot who was captured by Pakistani troops was treated with respect and is being returned to his family.

It’s not the media jokers and politicians who will be fighting on the front lines— it will sons and daughters of both countries— more of whom will never return home if war breaks out.

I say it again: Make Peace Not War