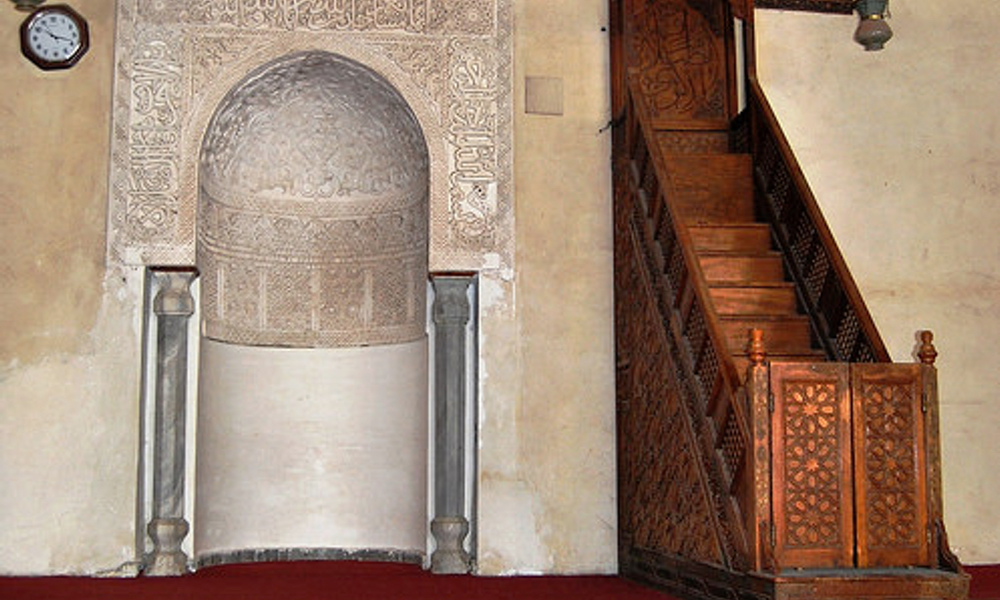 Clergy -or shayukh-  in Muslim communities hold sacred power in that their positions symbolize a representation of character and religious authority in their community.

The role of a shaykh is complex in that community members can turn to their him for financial advice, marital counseling, matchmaking, conflict resolution, religious classes, youth engagement, and pretty much anything else a community needs. You name it and a shaykh is approached for it. In most communities, the shaykh is a critical component of a healthy community, but in some cases – the great power is used to facilitate great abuse instead.

Shaykh Power© doesn’t mean the ability to bless or forgive,  it simply means the effect a shaykh can have on the general public for the very reason that he preaches about religion.

People subconsciously associate their spiritual growth with the shaykh, building a bond of love, respect and trust. It’s perfectly natural – someone who has helped you, taught you, or supported you through a difficult time is likely to become dear to you regardless of their position. As a result it’s natural for people to:

Again, it is natural for people to attach themselves to a shaykh, and it is completely okay for a shaykh to be respected and trusted to that level. It is a relationship built on faith, in which the shaykh earns trusts by demonstrating trustworthiness, fearing Allah in the relationship with his congregants, and maintaining a consciousness of his actions and consequences with God.

There is no conflict in this trust when viewed alongside human fallibility. No one is sin-free, not even a shaykh. They are humans and humans are weak. A healthy community is not one with a sin-free shaykh. However, the line is between fallibility and abuse is crossed when the shaykh’s sins or inherent weakness start hurting others, and the authority they hold is abused to give into those weaknesses.

What is Abuse of “Shaykh-power©”

The abuse of a shaykh’s power happens if a shaykh uses his position, authority, or religious knowledge to manipulate people into compliance or obedience to his sin.

A very simple example of a shaykh using all three – position, authority, and knowledge – to manipulate someone into compliance came from a woman who covers her face. During a Skype call related to business -and not marriage at all- a well-known shaykh diverted from the agenda to convince her to remove her face-veil as he was a “shaykh” and it was okay for him to see her face. The shaykh tried to establish a religious basis for his exception to the rule and made his female student believe that as a shaykh he had “special privileges”.

There are common patterns of “special privileges” that emerge.

Secret marriages occur where the shaykh uses his authority to wrongly legitimize a marriage without witnesses. Please be aware, there is no marriage valid without 2 witnesses, and in majority of the fiqhs, marriage is not valid without a woman’s wali (representative guardian) present.

While the term “marriage” is used, what happens in secret marriage is not what Islam recognizes as marriage. Rather than entering a serious, long-term commitment in which each party agrees to honor the rights and terms decreed by Allah, a secret marriage is usually the culmination of grooming and manipulation. The victim is led to believe that the shaykh is sincere in his pursuit of their marriage and future together, but cannot go public for whatever reason. He convinces the victim that their secret marriage is valid by manipulating Islamic information is his favor, and the result is that the victim consents to what is an otherwise shady arrangement.

After the “marriage” is consummated, the women are divorced – also in secret and without due Islamic process. They have no legal recourse – since they were not legally married. They don’t even have Islamic recourse since oftentimes there are no witnesses to the secret marriage.  Some shayukh misinform the women that they don’t need witnesses because as a person of knowledge, a shaykh is sufficient as a witness to finalize his own marriage contract.

Consider the difference between marriage as a communal celebration, a public declaration, and a legal protection of the rights of both spouses – and compare it to a verbal agreement with one man in a hotel room. Consummation followed by divorce, with no intention to sign a marriage-contract or honor the woman as a wife, is not a valid marriage.

The impermissibility of secret marriages has been discussed in detail here.

Women are deceived into marrying by means of the shaykh’s authority. The shaykh – a person of religious credibility with community trust – implies that something halal, lasting, and keeping with the Islamic sanctity of the family will happen. What happens instead is a woman falling victim to the shaykh’s pattern of marrying a variety of women to satisfy carnal curiosity, and then divorcing women once the desires are satisfied.

The abuse of women goes beyond just the women- the entire community is deceived when a shaykh abuses their religious credibility. They trust that the man committed to the spiritual betterment of their families will act in keeping with that trust. There is no way to legitimize the secret wooing, secret wedding, and immediate, premeditated divorcing of anyone in the community.

Divorce can happen under completely normal circumstances, just because a man is a shaykh doesn’t mean he has to stay in a bad marriage. However, when a pattern is developed to frequently marry and divorce, sometimes after a week or less, and a shaykh does so knowing that the position and reputation will help him replace the wife soon enough-  then this is not what either marriage or divorce is for. This is abuse.

A man on the podium, delivering the Message of God and helping people connect with their Lord holds enormous spiritual power over his community. Unfortunately, some shaykhs can and do use that power to satisfy their desires in religiously inexcusable ways.

Misuse of Polygamy through “Shaykh Power”:

Polygamy itself is not the issue here. Polygamy itself becomes abused when it is used to justify secret marriage and divorce of multiple women, without having any sincere intention or giving any marriage or divorce it’s due Islamic rights or process.

Shayukh who abuse polygamy paint a glamorous picture of polygamy, making it a special mission to “revive the sunnah”, and practicing polygamy almost a measure of a woman’s level of iman.

What the shayukh are luring women into is not a revival of polygamous marriage, as much as it is a revival of temporary marriage – without the decency of telling the women up front what they are consenting to. The woman believes she will be the shaykh’s second wife. Instead, she is third, or fourth, or fifth ex-wife.

Do We Have a Solution?

The first step towards resolving an issue is to acknowledge that problem exists. As a community, we have tried to conceal our dirty laundry in the name of gheerah and satr, only to suppress ‘adl instead. As an ummah, we need to address the harmful behavior of shayukh who abuse their our religion and their power to manipulate and use women – leaving them emotionally and spiritually broken in the name of a religion that is mean to protect them.

Stopping sisters-only sessions with shaykhs or banning sisters from contacting shayukh for personal or Islamic questions is not a foundational solution. Women have to consult knowledgeable men for a variety of issues: spiritual and marital counseling, for Islamic rulings on life matters etc.

Stricter segregation between shayukh and women, or building physical barriers in the masajid is a suggested preventative measure but not a solution either. Frankly, many shayukh have the dignity to respect their boundaries with women without a barrier in their masjid, while many have crossed all lines despite physical barriers.

It is women’s religious right to have access to a religious scholarship for knowledge and seeking verdicts, and the mistakes of few cannot outweigh the virtues of many.

1400 years ago, we– Muslim women — were given protection from a society that sold their daughters in exchange of money and loaned out their wives to other men.  Our Prophet

taught and showed us how to treat women with honor, and he then entrusted the knowledge of Islam to his inheritors– the shayukh.

Consider the gravity of that abuse, when our scholars are trusted to carry forward the Prophet’s legacy, and instead weaponize the Prophet’s words to abuse us instead.

Needless to say, not every shaykh is abusive of his congregants. Alhamdulillah, the abuse is the exception and trust fulfilled is the norm. However, that doesn’t mean that silence should be the norm as well. As a community, we are responsible for each other, in standing up to our oppressors and standing up for our oppressed.

Justice: The Absolute | Principle Guidelines for Scholars in Political Engagement