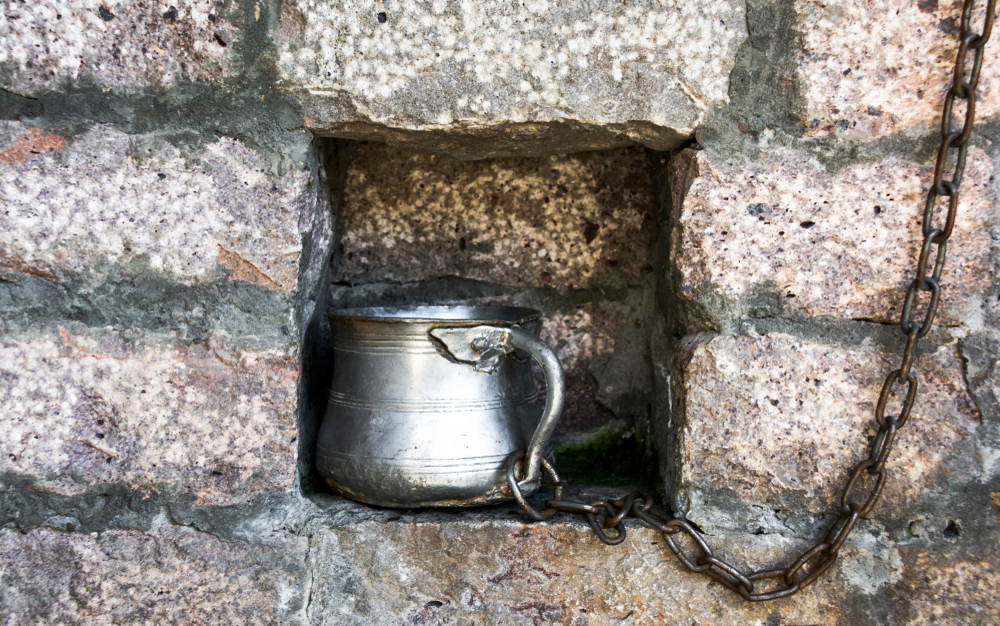 News of the dismissal of Asia Noreen Bibi’s case (a Christian woman accused of blasphemy and imprisoned for almost a decade) in Pakistan has erupted on TV screens and social media feeds. The more I read about the case and watch the hysteria unfolding in the name of preserving the sanctity of the Prophet, the more embarrassed I feel and frustrated with the misuse of Islamic doctrine. Obviously, this is not the first time nor the last when actions are being done in the name of Islam, but these actions have nothing to do with Islam.

Asia Noreen Bibi is a Christian woman, who lived in a small village in Pakistan; she was from one of the only three Christian families in the village. One day she accompanied her co-workers to a nearby farm for extra work.  As she fetched berries under the scorching sun, she wanted nothing more than a few sips of cold water. She walked up to the well in the farm, and as she drank some water in a metal-glass, another woman, Musarat, angrily told her that it was forbidden for a Christian to drink water from the same utensil from which Muslims drink and that some of the co-workers considered her to be unclean because she was a Christian.

Even though a lot of Asia Noreen’s story is “he said – she said”, I do believe this part of the story because I’ve heard this notion many times before. Muslims in Pakistan have asked me if they were allowed to share utensils with non-Muslims. This question often arises among the laborers, and most often amongst the affluent families who have Christian housemaids.

I was once visiting my in-laws in Lahore when a lady who offered on-call beauty salon services came over. She was Christian. While she was doing my pedicure, I started talking to her about her life as a minority in Pakistan. I could relate to some of the emotions and incidents she shared, because I grew up as a minority in the U.S. At the same time, there were some incidents she recalled that were completely ridiculous and I thanked God that I never had to go through them, like some “well-educated” women refusing to eat or drink from utensils that this woman had touched, because she didn’t share the same faith.

There’s a misconstrued belief among some people in Muslim majority countries that people of other faiths are “impure”, so much so that their touch can impurify our food and drink. This belief is obviously wrong.1 Much of this is class related discrimination, as the same people would have no issue serving dignitaries and CEOs (who are Christian) in their prized gold-plated crockery, in fact, it would be a matter of pride. They would also have no issues visiting non-Muslim countries and eating at restaurants and hotels.

Going back to Asia Noreen’s story, an argument broke out among the working women in the field. Again, the story has a lot “he said – she said” but one thing is clear that it was the Muslim woman who raised the issue of Asia contaminating the water by drinking from it simply because she was a “filthy Christian.”

The argument was prolonged when Asia also insulted her co-worker Musarat’s faith which happens to be my faith too. However, I find my sentiments more sympathetic and align with Asia than Musarat and her co. Is it strange that I applaud Asia for speaking up and defending herself?

Although I don’t agree with Asia’s statement at all, the more important question right now is, was her “reaction” wrong? Was she to be blamed for becoming angry and insulting Islam or the Prophet in response to the Muslim women insulting her faith and her Prophet?

I’ve tried to evaluate the situation by putting myself in her shoe. What if I was in the U.S surrounded by a group of Christians and I was criticized for taking a few sips of water in a scorching hot day and was called a “filthy Muslim”?

Had I have not known any better, I might have insulted Jesus too in “reaction”. But those Muslims who actually study the simple basics of Islam, know that we are not allowed to insult anyone else’s religion, no matter what.

What About Musarat’s Blasphemy: Isn’t Esa Our Prophet too?

In the case of Asia, it just happens so that her Prophet Jesus

, is my beloved Prophet too. So as I type this article, I’m wondering why isn’t Musarat on trial for insulting our Prophet Jesus (may God’s peace and blessings be upon him)?

This whole situation is wrong on so many levels. First of all, non-Muslims do not contaminate our water or food by touching it. Second, we are not allowed to put down other people’s religious beliefs. Third, a man was rewarded with Paradise for giving water to a thirsty dog– whose saliva can actually contaminate our utensils– and these women were more concerned about the religious beliefs of a thirsty woman– who was their coworker, and a neighbor– than her state of thirst on a hot summer day.

And most importantly, this Blasphemy Law of Pakistan is far from actual Islamic Law. Our Prophet Muhammad

, never punished anyone for insulting him neither did he ever instruct any of his companions to punish anyone who’d insulted our Prophet. This was not only the case when Muslims were the minority and were being persecuted, but it continued to be the case even after Muslims became stronger and gained political power.

In fact, in our religion, there is more emphasis on respect being earned than forcing it out of people. Non-Muslims, even the ones who opposed Prophet’s message, respected him for his good moral qualities. Islam emphasizes character building, earning respect through love and kindness rather than forcing it upon others through fear and authority. The woman who threw trash on Prophet Muhammad

to irritate him, later converted to Islam because of his kindness towards her when he went to visit her after she got sick.

If the love of Prophet truly resides in our hearts, then it would show more in following into his footsteps and carrying on his legacy by showing kindness to a thirsty woman rather than declaring the water “haram” because of her touching the utensils.

Truth be told, the Blasphemy Law is a misrepresentation of Islam because we are taught to leave those people alone who mock or insult our Creator or His Verses in Qur’an, hence insulting the Prophet would fall in the same lines.

“And when you (Muhammad

) see those who engage in false conversation about Our Verses (of Qur’an) by mocking at them, stay away from them till they turn to another topic…” (6:68)

is instructing the Prophet to walk away from people who are insulting Allah or the verses from Qur’an, not punish them by any means. In fact, he’s being told to join them back after they’ve changed the topic.

So where does the blasphemy law come into the picture?

According to the story, Asia supposedly insulted our Prophet

. Aren’t we told not to insult other people’s religion or religious deities for the exact same reason, i.e. so as not to provoke the reaction from them!

“And do not insult those they invoke other than Allah, lest they insult Allah in enmity without knowledge…” (6:108)

I am not an apologist but today I apologize from the bottom of my heart to Asia, her husband, her daughters and her family, and all the religious minorities living in “Muslim” countries on behalf of all the Muslims who are Muslims because they were born in Muslim families and have yet to learn their religion in its proper format. What Islam truly is and what it has become in the hands of Muslims can be two very opposing things at times.

Do I find it surprising that in some news outlets it has been reported that Musarat had some property disputes with Asia’s family in the past!

My religion has been long used and abused by people for their self-interest, be it political gain, power gain or personal gain. When nothing else works, then they use Islam to mobilize people’s sentiments to advocate their agenda and win the situation in their favor, whether its extremists using Islam for their political gain, or MBS calling Jamal Khashoggi an Islamic extremist to justify his brutal killing, or Musarat claiming to defend our Prophet by accusing Asia of insulting our Prophet.

It is also said that Musarat and other Muslim women asked Asia to convert to Islam to redeem herself. My sincere advice to Musarat and all those Pakistanis who are protesting against Asia being acquitted that they should be more worried about redeeming their own souls, and they should learn the basics of Islam and build Islamic character for their own salvation first.

1 Report from Abu Dawood (3839): “We live next to some of the People of the Book who cook pork in their vessels and drink wine in their vessels.” The Messenger of Allaah (peace and blessings of Allaah be upon him) said: “If you can find anything else, eat from them and drink from them, but if you cannot find anything else, then wash them with water and eat and drink.” Saheeh Abi Dawood.

was invited to eat some barley bread and other food by a Jewish boy.  Narrated by Ahmad, in Irwa’ al-Ghaleel, 1/71.

and his companions did wudoo’ from the leather water skin of a mushrik woman. Narrated by al-Bukhari, 337; Muslim, 682.

On Power, Boundaries, And The Accountability Of Imams