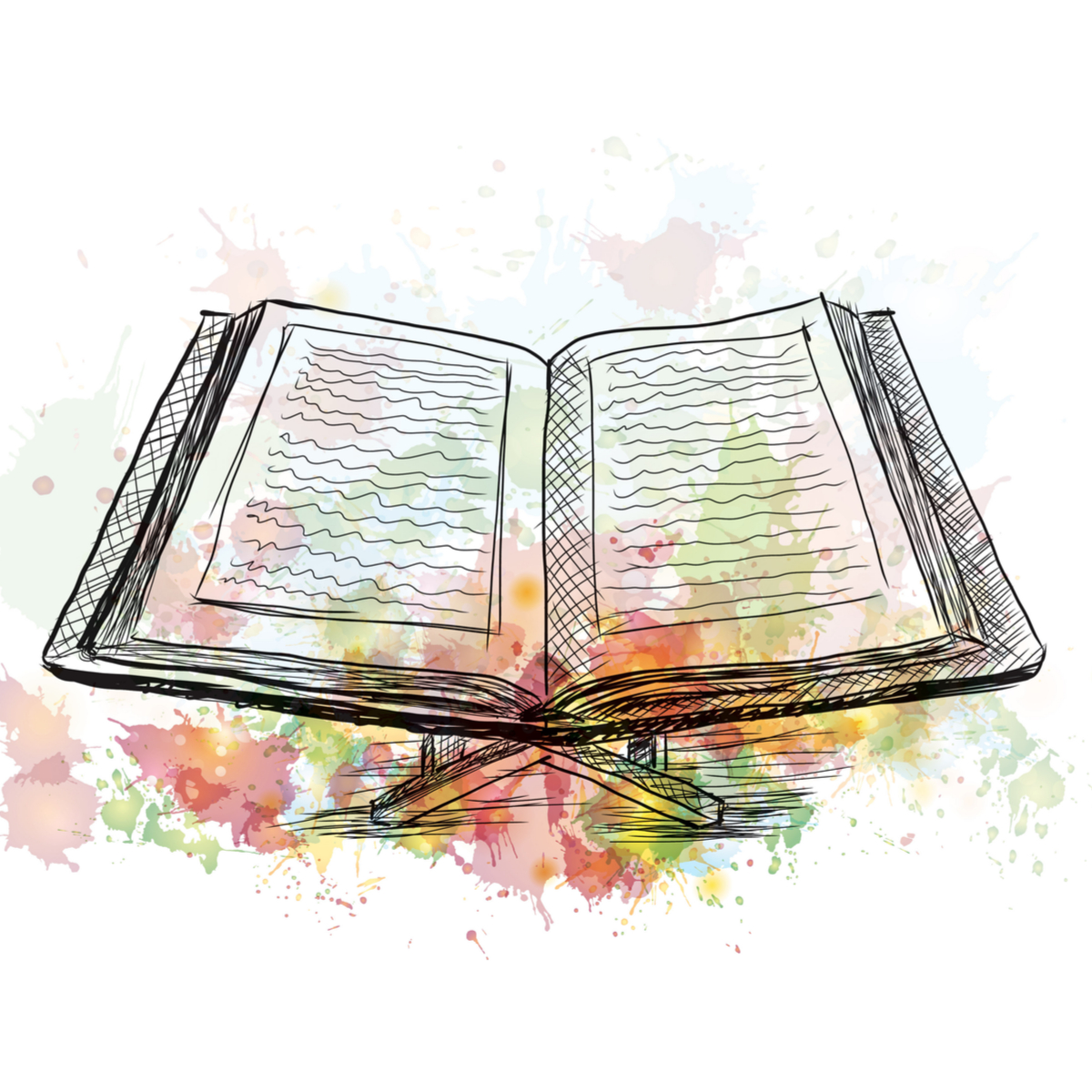 We have unfortunately created a culture of praise where we vouch for someone’s piety without truly knowing them. We see fan pages for teachers and social media comments loaded with praise from people who do not truly know them. We also have a tendency to see someone’s work or their positive results as proof of piety.

Though we should presume innocence and have a good opinion of our brothers and sisters in Islam, piety is a special station that needs to be proven. Piety is not the same as a general blank slate and positive opinion. We have to do our part of not creating a culture where teachers or scholars become so revered that abuse is unfathomable, or when we do learn of abuse we just say ‘no one is infallible’ to minimize cases of truly predatory abuse.

We need to come to terms with the reality that shaykhs can be abusers. In some cases when we hear of spiritual abuse we attempt to comfort ourselves that it was not perpetrated by a ‘real shaykh.’ Or we may tell ourselves that the abuse was the doing of a daai (preacher) or someone who is called shaykh, but would not be considered a scholar in the Muslim world. Or we may tell ourselves that this person has a lot of knowledge, but lacks suhba (companionship) of a true shaykh, and thus did not take the means to spiritually develop along with his knowledge.

Though the above self-assurances are sometimes true, how do we handle a situation when the perpetrator is a ‘real’ shaykh? That is, someone born and raised among scholars and saints of the highest caliber, someone who memorized the Quran as a child, then memorized books of law, Arabic, logic, tasawuf, and exemplified the highest level of understanding, and was authorized to teach—what then?

One real-life example is a shaykh of tariqa, a path of spiritual learning, who is certified through an authentic chain and is a scholar of the outward sciences. His offenses include telling women he is their spiritual father and can be in khalwa -forbidden seclusion- with them, that they don’t need to wear hijab around him, and that he can touch them. He also conducted exorcisms “requiring” touching of their breasts. This issue was brought up to scholars of the locale who fortunately refuted the scholar’s false assertions.

Another shaykh pressured his student, who was seeking religious advice from him, for a secret marriage, saying he is her spiritual father and she should just submit to him. He pressured her to not tell her parents or his wife. Ultimately she did not marry him.

These examples are from shayukh who are very knowledgeable, fit global standards of scholarship, and were extremely respected as pious people. Their knowledge equipped them with loopholes to bend the law, and their status created the cover to lie and invent exceptions for themselves. The abuse was hidden from the larger community and difficult to believe at first for others.

When we see high-level scholars abusing their position, rather than avoiding the reality that “true scholars” can be abusers, we should return to the warnings of the Prophet

about the evil scholars and insincere preachers. Witnessing corruption amongst scholars and preachers should increase our faith because we are witnessing a phenomenon he explained.

This leads to a few questions:

Is the knowledge conveyed by abusers tainted?

The simple answer is no. The feeling of knowledge being tainted is a negative association.

There is a natural association established between knowledge learned and the one who taught that knowledge. This is supposed to be a positive association and it is why we emphasize learning with righteous teachers, in their company, in hopes that students benefit from the character and spiritual state of the teacher. The mother of Imam Malik would tell him to take from his teacher’s forbearance before taking from his knowledge. Studying with teachers who are pious and role models is the Islamic ideal.

Just the gift of not seeing your teacher’s flaws helps magnify the knowledge learned by them. Imam Nawawi would give sadaqah in the form of dua just to not see any blemish in his teacher.

Unfortunately when a teacher lives a double life of contradicting the morals he espouses in public, many can’t help but reflect that hypocrisy back on the knowledge itself. This devalues knowledge. A common sentiment to those who looked up to such teachers is “what’s the point of learning if this is what people do when they have knowledge?”

A common sentiment to those who looked up to such teachers is “what’s the point of learning if this is what people do when they have knowledge?”

Others have been unable to separate their relationship with an abusive teacher and their relationship with Allah. In cases of children molested by Quran teachers, I know of instances where the Quran is a trigger. This is a tragedy—the recitation which is supposed to remind one of God, have one listen attentively out of awe, joy, and reverence triggers the trauma of sexual assault.

One scholar and close teacher of mine told me that he remembers being beaten as a child during his Quran memorization for having difficulty with certain short chapters. He says that 40 years later, he sometimes has flashbacks of being hit when he recites those verses.

A few sisters have told me that when a qari (reciter) with beautiful Quranic recitation pursued them for illicit relationships, they didn’t want to listen to the Quran anymore and that it would just remind them of the qari.

So although these negative associations are very real and have long-term impacts on learners, they must be separated from the knowledge itself. Just as one must work to separate between the two, those able to should work towards removing an abusive teacher from a position of influence.

For example, if one learned Arabic from an openly sinning Muslim teacher, the language the student learned remains Arabic. The teacher’s fallen credibility must be seen independently of Islam’s credibility… What matters for the soundness of the knowledge is whether or not it was taught and learned properly.

As the hadith Shaykh Rami mentions in this video illustrates, knowledge that is not practiced upon by the scholar may still benefit others to the point of their entrance to Paradise while the scholar who taught it and did not practice went to hell. This is a clear example of knowledge not being tainted by contradiction, lack of practice, or outright hypocrisy.

said, “Know men by the truth, and not the truth by people. If you know the truth, you know its people.”

I asked this question to Dr. Omar Qureshi, who told me that his own teacher told him that if an ijaaza was given by a teacher before his fisq (corruption) was known, then the ijaaza is valid. This holds true for an ijaaza in a science or text as well as in sulook (spiritual guidance). One should not continue studying with the teacher and it is advisable for the person to seek an ijaaza from another qualified teacher.

What should one do when they see abusive behavior?

Students should leave such teachers and immediately look for alternatives. If one is capable— can reasonably anticipate being believed and not create a bigger problem— it would be good to also warn others, even if this is a small segment that may be receptive.

Generally, we should interact with teachers as we would with a teacher of any other subject. Although the knowledge itself is sacred, there is no more of a need to take a fiqh or aqeedah teacher as a role model than there is to take a biology teacher as a role model. Just as one can respect a biology teacher and learn from him without concern for his personal life, it’s prudent in our time to learn the same way from our Islamic teachers.

Lastly, even pious people can make mistakes; no one is protected from sin except for the prophets. Everyone is struggling with the same enemies – nafs, hawa’, shaytan, and dunya – and while spiritual training might make the best shaykhs rise above those enemies, it is no guarantee that they will remain that way. There are plenty of stories of saints and scholars stumbling and even falling from the path. The goal of this deen is to take from scholars in our pursuit of Allah

, not in the pursuit of those same scholars. We may admire and love them, but our souls are in our own hands and we need to prioritize that over everything else. It is Allah

we should be drawing nearer to, and these teachers should only serve as human conduits of learning.

So although the teacher’s hypocrisy or abuse does not invalidate the knowledge, we must understand the reality of negative associations created by such behavior. The fact that the knowledge benefits serves as no excuse for the teacher to maintain a platform for teaching the deen. Inversely, teachers who create a positive experience for students play a vital role in developing Love for Allah and His religion that may last a lifetime.

Danish Qasim is the founder of InShaykhsClothing.com, a resource for education and empowerment for victims of abuse in the Muslims community. Danish@inshaykhsclothing.com

5 Ways To Keep Improving Your Arabic For Busy People

Bring Your Own Spoon To Dinner – 8 Lessons from Ertugrul

Danish Qasim is the founder of In Shaykh's Clothing. He has 11 years experience working with victims of spiritual abuse. Danish began a formal study of the Islamic sciences locally in 2006. Upon graduating in 2010 from U.C. Berkeley, he dedicated himself to full time traditional Islamic studies. His overseas studies include Teumerat, Mauritania in the school of Murabit al-Hajj (رحمه الله) and studying with scholars in Istanbul. In 2019 he finished his Masters focusing on spiritual abuse in the Muslim context.