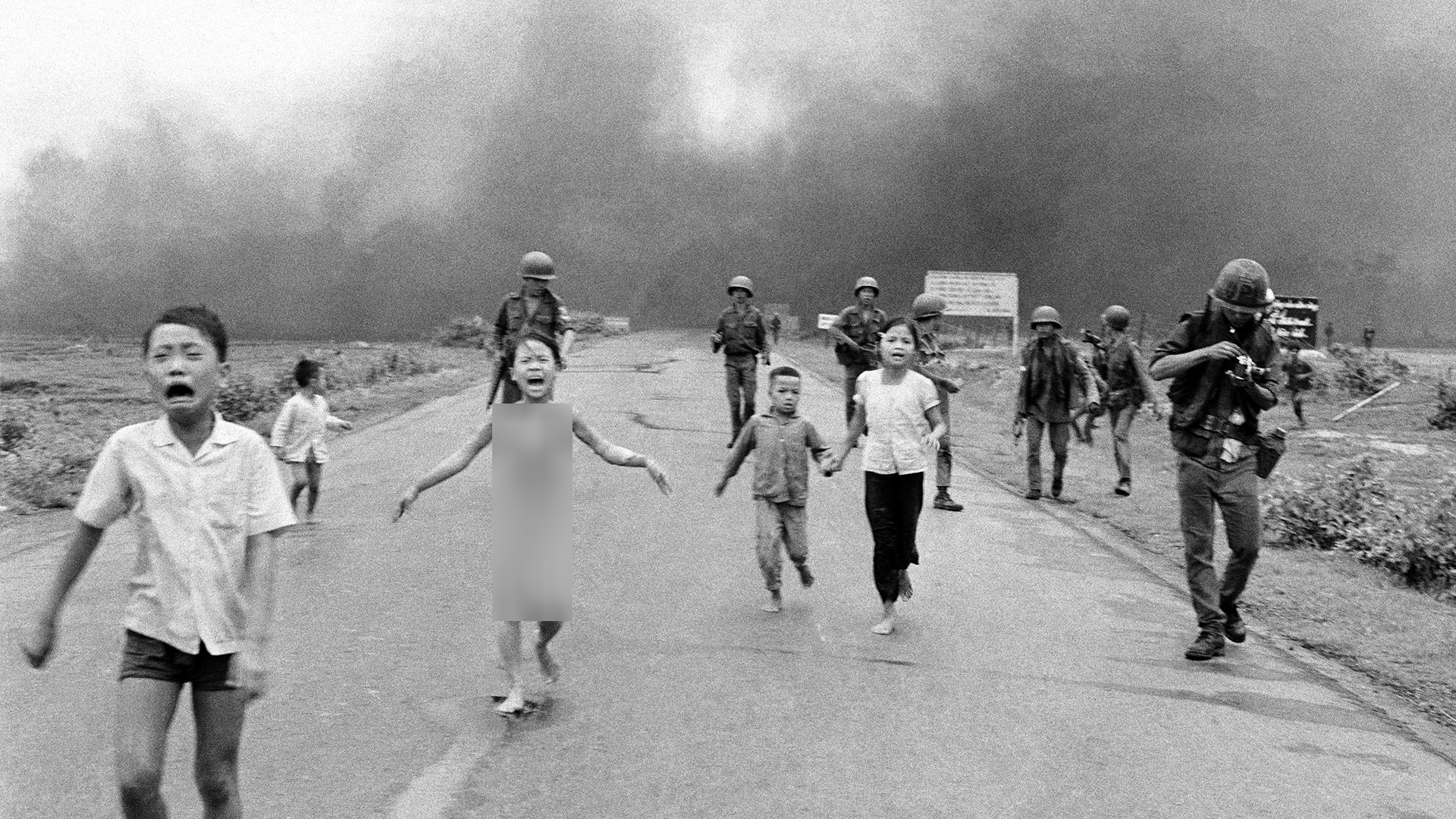 As the crisis over children being torn from their mothers’ arms at the US-Mexican border continues we hear former first ladies, politicians, pundits and plutocrats proclaiming, “This is not who we are!” “Americans are compassionate people, etc.” While it is fair to say that there are many Americans who do not support the idea of ripping babies away from their mothers, enough do support the idea, particularly those President Trump would identify as belonging to his base, for us to credibly say that this is who we are.

The cruel, calculating, callousness with which the current racist regime deals with immigrants, starting with the so-called Muslim ban, is matched by the segregated moral concerns of many who would condemn it. For example, while Laura Bush’s condemnation of the Trump administration’s current border policy is laudable, had she raised her voice for the hundreds of thousands of Iraqi and Afghan children killed, maimed and orphaned by the policies her husband helped to initiate, her voice would have been laudable as well as morally courageous.

As for Bill Clinton’s concern for the thousands of children separated from their families, he had no such compassion for the hundred of thousands of Iraqi children killed by his enforcement of a murderous sanctions regime put in place after the mechanized slaughter known as Desert Storm. In 1997, his Secretary of State, Madeleine Albright, infamously and casually agreed that over 500,000 dead Iraqi children who died during the six years US sanctions had been in place in Iraq to that point, “was worth it,” in terms of the US accomplishing its war objectives. Unknown to most they were all under five years old. Many of those children died because of our refusal to allow the Iraqis to import the parts needed to rebuild their destroyed sewage treatment plants. Those facilities were intentionally targeted by the US during the Desert Storm operation knowing that Iraqis would be forced to drink sewage-contaminated water leading to deaths from typhoid, diarrhea, dysentery and related diseases. This is who we are.

As implied above, one does not have to search beyond these shores or along the Mexican border to discover who we are in terms of our treatment of children. Every day in this country an average of 123 people commit suicide. A significant number are children. On an average day 3,041 children in grades 9-12 attempt suicide. What does this say about who we are? Maybe our children are internalizing the message that they are an inconvenient expense. That is certainly the message our politicians send when they defund schools, do nothing meaningful to stop gun violence, including school shootings, or sentence children to private prisons, the judges oftentimes receiving kickbacks from the prisons for their services. This is who we are.

The President said this past Monday, “The United States will not be a migrant camp and it will not be a refugee holding facility.” The truth of the matter is that the United States is already a refugee holding facility as a rapidly expanding network of private prisons, jails, and detention centers being put into place to hold the potential millions of refugees, deportees, asylum seekers and other deplorables. In addition to a futile effort to forestall the inevitable “browning of America” the current administration’s refugee policies are another opportunity for Trump’s cronies to loot the public treasury as hundreds of millions of dollars are being doled out to build, staff and maintain the gulags of the deportation industrial complex. Now we are even talking about the possibility of indefinite detention for so-called illegal immigrants.

This is who we are, but this is not who we are destined to be. To achieve our destiny, however, we need to reject not just the policy of separating babies from their mothers, but the idea that we can construct islands of exclusivity in an increasingly integrated and interconnected world. We cannot loot the world’s resources and then scream foul when people demand a fair share of the wealth their lands and people have helped to create –even when they cross the Rio Grande or the Arizona desert to stake their claim.

We cannot systematically destroy the Mexican corn economy for the benefit of farmers in southern Illinois, Iowa and Nebraska and then cry foul when the displaced peasants flood north looking for an opportunity to replace the livelihood stolen from them. We cannot, as Bill Clinton did, systematically destroy the Haitian rice economy for the benefit of rice growers in Arkansas and then demand Haitians leave this country and return to the hell we helped to create.

As Muslims, we are taught that God does not look at one’s color, rather, He looks at one’s heart and deeds. We are all human and as such we all have a right to lead a dignified life. That being the case, we have to reject the politics of racial and national chauvinism. As a community we should be in the forefront of an effort to challenge the racist basis of many of the current immigration policies. We should also be in the forefront of letting our fellow Americans know that over the course of the last several decades, millions of innocent children have perished as a direct result of the policies pursued by this country, and millions more have been orphaned.

If transcending the status quo is predicated on a profound moral shift, or as Dr. King worded it, “a radical revolution of values,” then let us be a revolutionary community. This latest outrage should make it clear that the social, political and economic status quos are untenable. If it does not arrest its downward spiral into the cesspool of lies, incivility, demagoguery, and worse, this country is doomed. We should never forget that when the Titanic went down, it took with it everyone trapped on board. Working together we can save this ship, God-willing. If we are silent and do nothing it will destroy us.

The Arabic Lineage of English Words

Your Children and Mine