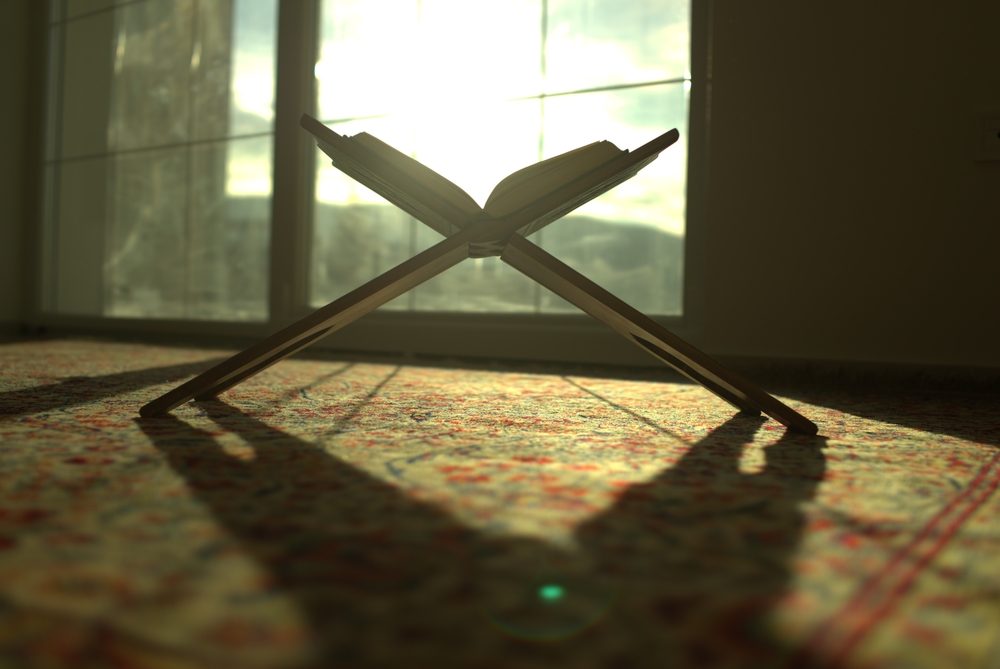 “There is no good in her, she is one of the people of hell.” That was a statement said by Allah’s Prophet ﷺ about someone who got it all wrong. It was about a person who extensively used to pray, fast and give in charity yet they were disrespectful and harmful to their neighbors. Later on, we’ll cover the rest of hadith which ends on a positive note, in shaa Allah. But first let’s remind ourselves as to why on Earth, we are on Earth.

Upon the completion of the creation of Earth with its oceans, rivers, trees, mountains and all that which is on it, Allah told His infallible obedient creation, the angels, that He will assign a khalifah on Earth for whom He created all things on it for.

A Khalifah is a steward, a successive human authority, on Earth. That steward is assigned to worship and obey Allah which includes constructing on Earth and dealing with Allah’s creation in ways that are pleasing to Him.

Of the grave mistakes many of us have fallen into is not knowing or forgetting that the value of much of our acts of obedience and worship to Allah, The Creator, is tied to how we behave towards His creation. Many have perhaps forgotten that being conscious of The Creator includes being conscious of our behavior towards His creation as well. Just like how Allah has rights over us His creation has rights over us to the extent that at times Allah’s right would not be fulfilled correctly until the rights of His creation are fulfilled! One can clearly see this understanding in the advice given by Prophet Muhammad ﷺ to Mu’ath (may Allah be pleased with him) when he said:

“Have taqwa of Allah (be conscious of Him and fear His punishment) wherever you may be and follow up a bad deed with a good deed which will wipe it out and behave well towards the people.” [At-Tirmidhi]

“…He who desires to be rescued from the fire of Hell and to enter Paradise, should die in a state of complete belief in Allah and the Last Day, and should do unto others what he wishes to be done unto him…” [Muslim]

Let’s all get it right and realize it is not one or the other; it is both. Take the example of the grandest act of worship and a pillar of Islam, the five daily prayers. It is implemented best when we keep in mind that we are caretakers of Earth and are to be respectful to the rest of God’s creation.

It is not prohibited to eat raw garlic or onion, but one should be aware of when they eat them and how they can freshen up their breath after having them. Prophet Muhammad ﷺ is teaching us how we should be aware of our breath, body odor, smell of our clothes and so on, especially while attending the mosque for prayer, so we do not harm the rest of Allah’s surrounding creation on Earth from among the humans and angels.

Of the most amazing narrations that shows the real meaning of being a khalifah, a steward, on Earth, is the fact that Prophet Muhammad ﷺ rebuked Sa’ad (may Allah be pleased with him) for the amount of water he was using while performing wudu’, ablution, a prerequisite action for someone’s prayer to be accepted! Prophet Muhammad ﷺ said:

“What is this waste, O Sa‘ad?” Sa’ad replied: “Can there be any wasting in (performing) wudu’?” Prophet Muhammad (ﷺ) then said: “Yes, even if you are on the bank of a flowing river.” [Ahmad]

Allah says: “وَلَا تُسْرِفُوا ۚ إِنَّهُ لَا يُحِبُّ الْمُسْرِفِينَ” “do not waste. Surely He does not like the wasteful.” [Qur’an 7:31]

The real steward on Earth is one who constructs and seeks to make this world a better place during their lifetime and beyond! Prophet Muhammad ﷺ encouraged us to view our life in such way when he said:

“When the human dies, his acts come to an end (and would no longer be able to accumulate any good deeds), except (through) three (ways): (leaving behind a) recurring charity, or knowledge (by which people) benefit, or a pious child, who prays for him (after he passes away).” [Muslim]

Did you notice how all three actions that would help us accumulate good deeds even after our death have a direct relationship with continuing our stewardship and caring for those who come after us?

‘Amarah, the son of Khuzaymah said:

“I heard Omar the son of Al-Khattab saying to my dad: “Why are you not utilizing your land with planting things? So my father replied: “I am an old man who will soon die.” Omar replied: “I urge you to plant things on it.” I then saw Omar, the son of Al-Khattab, planting things in the land with his own hands along with my father.” [As-Silsilah As- Ṣaḥīḥah]

Indeed, Omar the son of Al-Khattab (may Allah be pleased with him) knew what it meant to be a khalifah on Earth and construct on it. After all, no wonder he was among those promised paradise.

What if we were the last generation? What if as we were constructing on Earth, seeking to make this world a better place according to the way of Allah, we saw with our own eyes the day of judgment was about to take place and life on Earth was coming to an end? Would it not make sense to stop constructing on Earth? Never!

“If the day of judgment took place during your lifetime and in your hands was a small palm tree (which still has a long way for it to be fruitful and grow) then plan it (regardless)!” [Ahmad]

We are in desperate need to revive the understanding of being stewards on Earth where we are to worship The Creator and deal with the creation in ways that are pleasing to The Creator.

“She is of the people of paradise.” That was a statement said by Allah’s Prophet ﷺ about someone who got it right. It was about a person who used to perform their obligations from prayer to fasting to giving in charity yet was respectful and peaceful with their neighbors.

I would like to thank Allah for giving me the ability to write up this article and then would want to thank my family, friends and colleagues who helped in the process of publishing it. The verbalization of my gratitude does not just stem from my consciousness of feeling blessed but was also reinforced by my belief in what the messenger of Allah ﷺ, the greatest khalifah and steward of all time, said:

“He who does not thank the people is not thankful to Allah.” [Abu Dāwūd]

The Bilal Movie: Why It Still Reinforces The Slave-Narrative Of Black People