On a scale of things that many non-Muslims wouldn’t want built anywhere near where they live, the mosque probably comes somewhere between a landfill and Ebola sanatorium. It’s not that they are racist, Islamophobic, or elitist (although a proportion are), but they are definitely afraid. 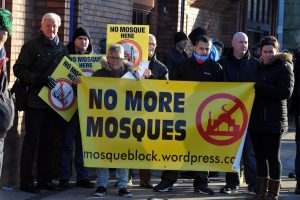 This stems from a fear of the unknown or a misunderstanding of who Muslims are. Mosques seem like strange places, where strange people dressed in strange robes go and recite strange words multiple times a day. They aren’t sure what exactly goes on in there, but their imaginations fill in the blanks. This is the same as when Harems in houses and palaces were imagined as degenerate pleasure dens as opposed to literally just the private section of a home. Because non-Muslims rarely ventured into one, their minds filled in the gaps and a trope was born.

Add to this the reality of violent atrocities carried out by Muslims ostensibly in the name of Islam and we have a recipe for disaster. After all, surely there must be terrorist sympathising mosque where these people are being indoctrinated, trained and sent out to carry out their carnage? What most people don’t realise is that extremism runs from the bricks and mortar of a mosque to the relative security of dark rooms or the anonymity of the internet.

So how do we reimagine the masjid into a place that people not only tolerate having in their neighbourhoods, but actually prefer? How do we achieve Mosques driving up house prices in a more pleasant way than the gentrifying Starbucks or Costa Coffee?

Well, the answer lies in the history of the Mosque itself. You see, to see a mosque as a place of worship is to see a smartphone as just a telephone. The original mosque, the mosque of the Prophet

in Madinah, was so much more than just a musalla – a prayer space. It was a school, it was a community meeting place, it was a home for the displaced and so much more.

Mosques throughout the Muslim world continued this tradition and it reached its apogee in the Ottoman tradition of the Kulliye system where a Mosque complex would function on a variety of levels including hospice, hotel, soup kitchen, university, public baths, etc.

But somewhere in the chaos of the last few centuries, we’ve lost the versatility of the Mosque and turned it into a single function building. This had the predictable effect of making the mosque increasingly irrelevant to the lives of Muslims outside of prayer. It would be a place that you visited when you could for the sole purpose of prayer and if you didn’t pray – well then, there would be no need to visit it at all.

Non-Muslims had even less reason to visit a mosque. For a non-Muslim to visit a mosque, they had to go out of their way to humanise Muslims, to want to find out more and to have enough personal courage to overcome the fear of the unknown. As such, the majority of non-Muslims visiting mosques will either be tourists (if it’s a grand mosque), clerics from other religions (on an interfaith mission) or authority figures like politicians or police trying to get votes or reassure the community.

Enter the British Islamic Medical Association (BIMA.) Founded in 2013, BIMA aims to unite Muslim healthcare professionals in the UK and to inspire them towards service of the community. Not just the Muslim community, but the entire UK community. 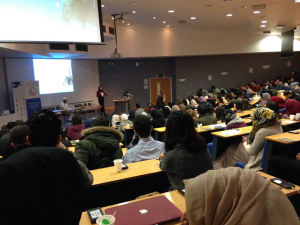 So how does BIMA aim to achieve this? Well, there are many initiatives including conferences, diabetes workshops, creating a toolkit for Muslim female surgeons who need a hijab for theatre and health promotion activities, just to name a few.

One of the events that aim to get across the vision of BIMA is Lifesavers. This is a project in association with the British Heart Foundation, where we are working towards turning every mosque in the country into a training centre for Basic Life Support.

Britain, like most countries of the world, lacks a National Basic Life Support training programme. Some countries and states make sure it is taught in school like Denmark and the city of Seattle in the USA. The results from these few trailblazers is remarkable. In Denmark, out of hospital survival from cardiac arrest has tripled. Yes, tripled. [1]

More than 50,000 people have cardiac arrests in the UK every single year. [2] For the vast majority of these cases, there is no out of hospital CPR undertaken and it is solely down to the emergency services to initiate the chain of survival. If we were able to create the first and most comprehensive national CPR programme in the UK, it would undoubtedly save lives. This in itself would be a major achievement. 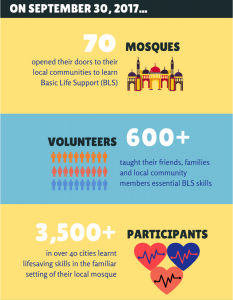 Making the mosques the venues for teaching CPR would have an added benefit in making the mosque not just a spiritual space, but a practical one. It would demystify the mosque to the surrounding community, it would encourage more Muslim healthcare professionals to get involved in their local mosque and it would show Islam and Muslims in a diametrically opposite light to what we are usually portrayed.

As is so often the case, we need to go back to our past to save our future.

If you would like to find out more or get your own mosque involved email lifesavers@britishima.org