The month of Ramadan is upon us, by Allah’s grace. When we welcomed the month of Ramadan last year, Muhammad Ali (the legendary boxer) had just died, may Allah have mercy on him. It was a strange time, with everyone still emotional over his death.  I myself felt fragile, as I might break at a touch.

Ali’s death was not entirely unexpected: he was elderly, and suffering from Parkinson’s for decades. But there are people who are such towering historical figures that you almost expect them to always be there. 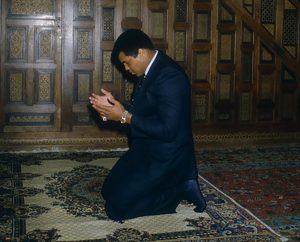 Muhammad Ali inspired an entire generation by standing up for what was right; he spoke out proudly as a Muslim, as an anti-war icon, and as a self-thinking black man at a time when that kind of strength was desperately needed.

But this is the nature of life. Everything and everyone ends, and in the ends are beginnings, though they may be hidden at first. In a purely chronological sense, Muhammad Ali’s life ended, and – like a soothing balm or a consoling embrace – Ramadan began. Could there be a better time to pray for his soul? A better time to be inspired by him? A better time to stand up for what is right?

Now, this year, we enter Ramadan under the shadow of recent terror attacks. Many of us are shocked, embarrassed, frustrated and angry. We are sick of our religion being demonized and defined by fools and devils who masquerade as Muslims.

At the same time parts of the Ummah groan under the weight of suffering, a suffering that receives little attention in the press: the killings of Muslims in Myanmar, the steady ethnic cleansing of Muslims in Central Africa, the ongoing hardship in Palestine… and of course Syria. The list goes on.

How does one live with the knowledge of all these events and still celebrate Ramadan? How does one connect with her or his spirituality, let go of anger and shame, and embrace the healing of this month?

Hena Zuberi describes Ramadan as an old friend, familiar and comforting. “We will cry together,” she writes, “and I will give to her and she will give to me and even if it’s not all good, it’ll be good… She will change my routine and I will love the change because I love being with her. She knows I need it.”

This is a beautiful way to look at Ramadan: not commanding or demanding, but welcoming and kind.

Every Ramadan I have a mission for myself, something I want to work on and change. My mission for this year is to let go of anger over things I cannot control. All I can do is speak the truth, set an example, give what I can in charity and strive to purify myself. Anger does not serve me. It does not bring me closer to Allah.

You might protest. “But,” you might say, “the events in the world are outrageous! We should be angry. How can I not be furious?”

In response I mention a hadith of the Prophet, peace be upon him:

Abû Hurayrah relates that a man said to the Prophet

: “Counsel me.” The Prophet (peace be upon him) said: “Do not get angry.” The man repeated his request many times, but the Prophet

kept saying: “Do not get angry.” [Sahîh al-Bukhârî ]

Ibn Hajar, in his commentary on this hadith, observes:

The man stated his question repeatedly, hoping to solicit an answer that was more beneficial, or more explanatory, or more general; however he did not give him anything more than that.” [ Fath al-Bârî ]

I submit that there is a difference between righteous indignation and anger. Anger is a destructive emotion. It leads to rash choices and violent actions. Some terrorist attacks are undoubtedly motivated by blind anger. The Prophet

treated anger like a sickness. His prescription, as mentioned in various ahadeeth, was to stay quiet and sit down, or lie down, or perform wudu’.

In other words, self-control, contemplation and ‘ibadah.

Rather than anger, what we want is righteous indignation that leads to righteous action. We want to respond to evil by doing what we can against it, in a lawful way. Speak, write, teach, organize, and donate. Do, and do right, and the rest belongs to Allah. This is the path of inner peace.

Again I point to the example of Muhammad Ali, who was a strong voice for truth and justice, but who in his private life was, as his daughter Hana described him a “humble mountain.” He also devoted much of his time to philanthropy, earning the Presidential Medal of Freedom in 2005.

Strife and trouble have existed from the beginning of time. Violence will always exist on this earth. These things are not new. What is new is that in the age of instant communications, every act of violence anywhere on earth is beamed without delay into our homes. The constant barrage of negative news and violent images is spiritually destructive. It is not natural for us to be exposed to this bombardment of negativity.

I personally have found that I am much more at peace when I do not watch or read political news. It does not benefit me to know the details of every attack, bombing or murder anywhere in the world.

That does not mean that I stick my head in the sand. I educate myself about broader issues, and I do what I can, but I do not allow my spirit to be traumatized. 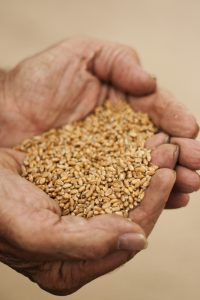 It is also vital to donate what we can to those in need.

“And hasten to forgiveness from your Lord and a garden whose width is that of the heavens and the Earth, prepared for the God-fearing. Who spend in times of ease and times of hardship and who restrain their anger and who pardon people. And Allah loves those who do good.” [ Sûrah `Âl `Imrân : 133-134]

Do you see the juxtaposition of anger and charity? Allah says that the righteous restrain their anger and forgive, and they spend in Allah’s cause.

Charity is a spiritual purifier, and it changes lives. Perhaps your donation will not change the world, but if it saves one life, then haven’t you changed the world for that one person?

Please donate generously to those for whom even a meal, or a roof over their heads, would be life-changing. Here are some organizations that assist Syrian refugees, Palestinians in crisis, people suffering from drought in East Africa, Haitians still homeless from the earthquake, hungry in the nation’s capital and others.

Will you help them? Remember that when you give to Allah Most High, He gives back more to you. It’s a guarantee, and I have seen it in action in my own life.

Life for Relief and Development

Together we can make a difference, Insha’Allah.

Oh Allah, make this Ramadan a time of peace and faith and safety. O Allah, for You do we fast, and in your name we break our fast. All praise is due to You, who fed us, and gave us to drink, and made us Muslims. Purify us during this month, relieve us from our burdens. You are the Most Forgiving, so forgive us and and guide us forward. Ameen!