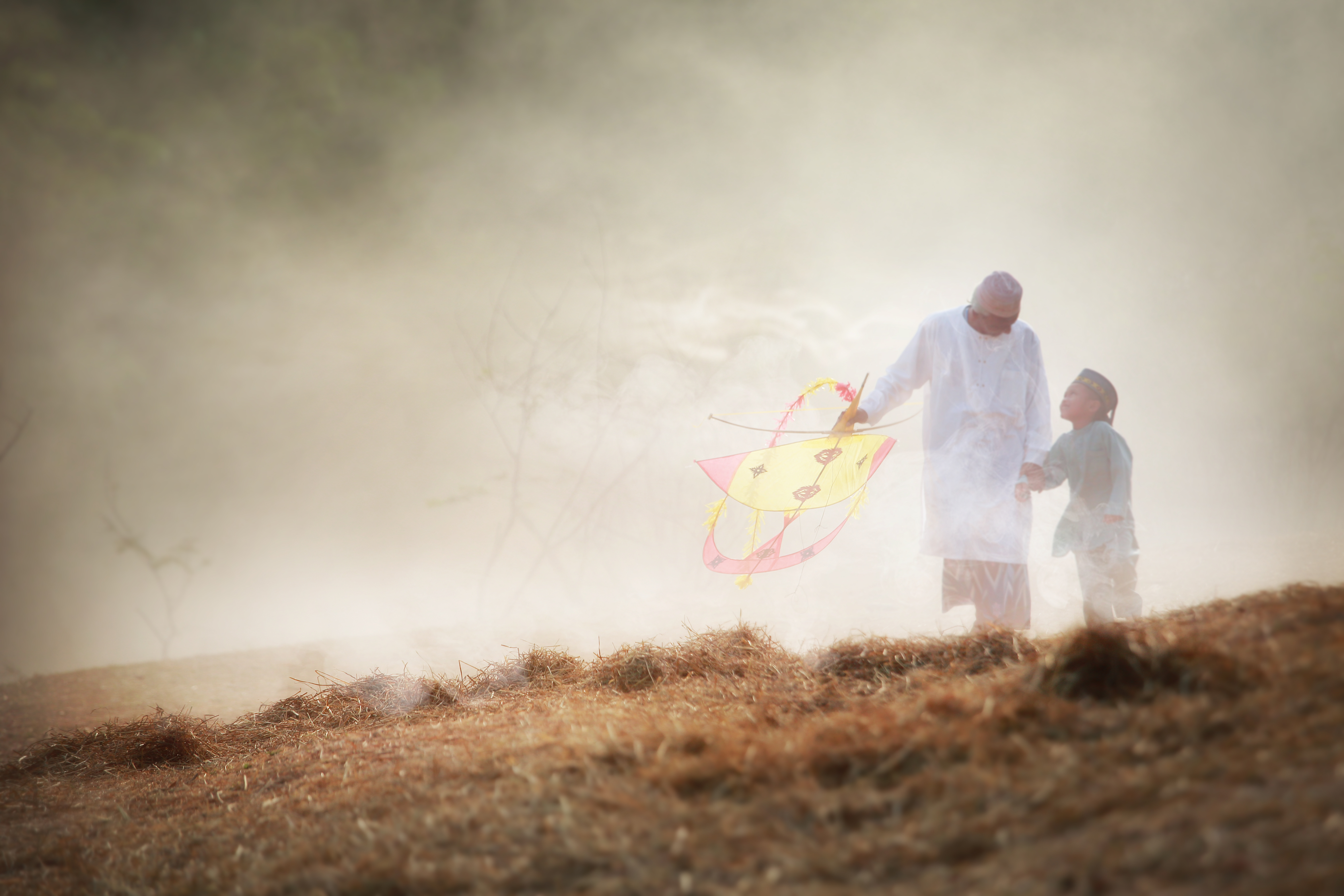 Sūrah Yūsuf is an amazing and beautiful chapter of the Qur’an. I often hear people say that it’s one of their most favourite Sūrahs, and how they love to hear it being recited by as many famous reciters as they can get their hands on. Perhaps, one reason for this is the beautiful story of Yūsuf which is, as Allah

describes it, “the best of stories”.[1] It is a story of love, manifested in all of its many shapes and forms.

I want to explore some of these types of love and how the message of this Sūrah, is to display the greatest form of love for Allah

The first type of love mentioned in this Sūrah is the love of a father for his son. This type of love is one of the strongest bonds known to humans; the love of a parent for their child. It embodies care, protection, patience, sacrifice, fear, hope and so much more. Thus, when Yūsuf

as a young boy mentions a dream that he saw to his father, the Prophet Ya’qūb

, his father’s reaction was one of fierce protection.

“O my son, do not relate your vision to your brothers or they will contrive against you a plan. Indeed, Satan, to man, is a manifest enemy.”[2] Ya’qūb

, knowing his other sons and their jealousy of Yūsuf, was wary of how Satan would sow the seeds of enmity between them.

is persuaded to let Yūsuf

go out and play with his other brothers, and here a second type of love is mentioned; the love of siblings. This should be a love of protection, care and yes, some amount of rivalry and envy. However, when those two latter traits become twisted by Satan, they can outdo the loving and protecting aspects. The brothers of Yūsuf

Allah shows from early on in this Sūrah, the way love can be used for good and evil. The chasm between the love of nurturing care and protection, and the jealousy that love can breed into others is on display here.

is then taken and sold into slavery, into the household of one of the leaders of Egypt. Here, Allah

mentions a third type of love; one of lust and desire. Yūsuf

is repeatedly seduced by his master’s wife. She was overcome by his beauty and handsomeness. Our Prophet

told us that Yūsuf

says, “And she, in whose house he was, sought to seduce him. She closed the doors and said, ‘Come you’. He said, ‘I seek the refuge of Allah.’”[5] This same beauty would later lead the other women of Egypt’s nobility to cut their own hands when they too were exposed to Yūsuf

This is where we see a fourth type of love, one which Yūsuf

displays time and time again throughout his life, as is chronicled in this Sūrah; the love of Allah

. A love in which he sacrifices desires, temptations, ease and the trappings of this life for his love of Allah

. As such, he would rather sacrifice his freedom than give into the advances of his master’s wife. Allah

says, “He said, ‘My Lord, prison is more to my liking than that to which they invite.’”[7]

imprisonment. The two prisoners mentioned in the Sūrah love Yūsuf for his righteousness and piety, it is a love we all have deep down for goodness and righteousness. Allah says, “Indeed, we see you to be of those who do good.”[8] This is the same love which the king of Egypt later also had for Yūsuf

, when he pardons him from prison, “Indeed, you are today established [in position] and trusted.”[9]

A sixth type of love is shown towards the end of the Sūrah, when Yūsuf

was willing and able to forgive his brothers despite all the hurt and suffering they caused him. This love comes from the love he has to please Allah

. “He said, ‘No blame will there be upon you today. Allah will forgive you; and He is the most merciful of those who show mercy.”[10]

Thus, Sūrah Yūsuf is a story of love which show us the different types of love people have, and the lengths to which they are willing to go in order to attain and preserve love. Yet, the deeper message of this Sūrah, and Allah knows best, is how our love for Allah should be greater and bigger than all of these other types of love. Our love for Allah

Furthermore, just as people are willing to go to extreme lengths to achieve and attain love, sacrificing much in its path, our love for Allah

should determine that we are willing to sacrifice more. Our love for Allah should help us to wake up early and pray Fajr, or spend some of our nights occasionally in qiyām. It should inspire us to help others, give in charity and fast outside of Ramadan. It should spur us on in maintaining the ḥijāb or growing a beard, despite the pressures of society. That is true love.

was willing to sacrifice it all, and he did so to attain Allah’s pleasure. This is seen in one of the final verses of this Sūrah, wherein Yūsuf

summarises his life’s journey, “And He [Allah] was certainly good to me when He took me out of prison and brought you from Bedouin life after Satan had induced between me and my brothers.”[11] Despite his trials, Yūsuf

looks back with happiness and positivity. When we attach ourselves to Allah and His love, even difficult trials lessen as we reflect upon the bigger picture and greater reward.

Bint al-Shati’ on the Qur’an and Science