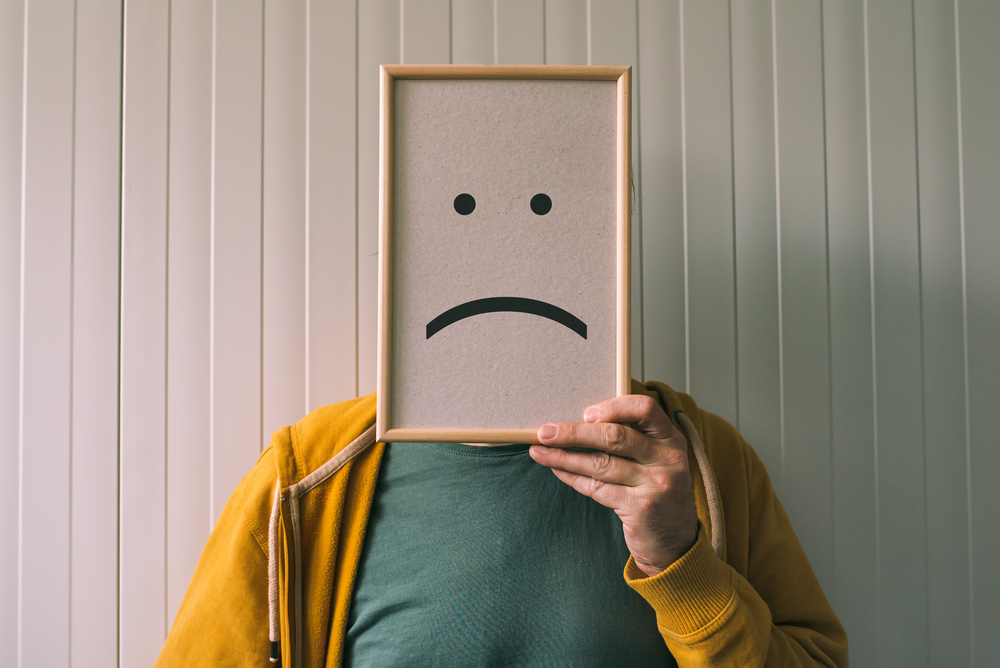 There’s this article I haven’t written yet, the one where I confess to struggling with depression.

In that soul-baring masterpiece I finally admit to sleeping too little and breaking down too often. I talk about having a child with autism, a rare genetic disease, and the heart-breaking pain of watching my children develop the same disease too.

I cry while writing it, you cry while reading it. Its completion gives purpose to my years of private struggle but – but I haven’t written that one yet. So I’m writing this one instead.

We Muslims have some pretty ridiculous myths about depression, and the worst is that somehow there is “no depression in Islam.”

O mankind, there has to come to you instruction from your Lord and healing for what is in the breasts and guidance and mercy for the believers. – Qur’an 10:57

Allah calls the Qur’an the healer of hearts. If depression doesn’t exist, is Allah referring to coronary heart disease?

This myth’s existence is based on the idea that depression is a form of ingratitude or low faith. Therefore, a person in depression mustn’t be “in Islam” so to speak.

Do people think that they will be left alone because they say: “We believe,” and will not be tested?  Allah asks this of us in Surah Anqaboot. You think being a believer means never being stressed? Wrong.

Allah tested believers before, and He’ll test believers now. To say that depression is a sign of weak faith is to imply that those with bad lives are guilty of being bad Muslims, and this completely contradicts what we know about the most righteous people. In fact, the more righteous you are, the more likely you are to be tested.

Sa’d ibn Abi Waqqaas, may Allah be pleased with him, once asked, “O Messenger of Allah, which of the people are most sorely tested?”

For as long as people have been unhappy, the human mind has struggled with understanding the difference between a test and punishment. A person can suffer and instead of seeing their suffering as temporary opportunity, they wonder what they did to deserve such punishment.

Shaitaan loves this train of thought, because it travels due south. I’ve done everything Allah asked me to. I know I’ve messed up, but I said I was sorry. Why is He is doing this to me? Either Allah’s not fair or Allah’s not really there. Either way, this sucks and I don’t wanna do this anymore.

That’s a dangerous ride to take, and if you don’t change direction before going too far, your options become limited to loss of faith or loss of life. You either give up on Allah and find other reasons to continue living, or discontinue living entirely.

No fatigue, nor disease, nor sorrow, nor sadness, nor hurt, nor distress befalls a Muslim, even if it were the prick he receives from a thorn, but that Allah expiates some of his sins for that.  – Prophet Muhammad ﷺ

Life is painful and unpredictable and complicated, so when it comes to knowing the difference between a punishment and a test, all you have to remember is this: How are you reacting to it?

If you find yourself faced with depression and you fight it with the help of Allah and all the means He puts at your disposal, it is a test and you have passed it even if you NEVER fully defeat depression. As long as your keep your faith and stay patient, you have shed sins the way a tree sheds its leaves in fall. You trade some pain in this life for reward in the next, that other believers will be halal jealous of.

However, if you find yourself faced with depression and you resent Allah for it, allowing your state to push you farther from Him and closer to any sinful thing you can use to distract yourself from it, then your test has become your punishment. Your response increases your pain in this life AND the next.

Say: “Nothing shall ever happen to us except what Allah has ordained for us. He is our protector.” And in Allah let the believers put their trust. – Qur’an 9:51

A dear friend of mine called me once, knowing that I was struggling. She had been taking a class on the names of Allah, and when she read up on Al-Jameel, she just had to tell me about it.

“Zeba listen!” she said excitedly, “Allah is Al Jameel, He is Beautiful! He creates beautiful things! He loves Beauty!”

I thought of flowers and fractals and fish. I didn’t see the relevance. “And?”

“Don’t you get it? Al-Jameel wrote your Qadr with beauty too. He wrote autism into your son’s Qadr. He wrote beauty in all of it, even in your pain.”

If that hit you in the heart the way it hit me, make dua for Mona. I think of that phone call often, because it was the first time I began to see pain as part Allah’s plan, rather than my own failure at the emotional invulnerability that I believed all good Muslims were supposed to have.

I wasn’t hurting because I was a bad Muslim, badly managing Allah’s punishment for my badness.  I was hurting because Allah was allowing me to experience hurt, and hurt forced me to seek Allah out for healing.

Being depressed feels like sitting underwater in the bottom of a well, hating the darkness but starving for the air and strength needed to swim toward the surface. It’s cold and lonely and desperately hopeless down there. Depression feels so very far away from Allah, but it forces me to fight my way closer to Him. And I feel safer and less afraid knowing that Allah put me at the bottom of the well the same way He put Yusuf down there, peace be upon him.

Allah knows I’m  down here. He knows I can make it out. I don’t have to know everything that He knows, I just have to trust Him.

In my other article- I’ll write it one day maybe – I have this totally neat, emotionally satisfying and perfectly well-rounded conclusion. I put depression in its proper context by calling it a test, not a punishment or curse for weak Muslims. I let on that I was depressed before but I’m ok now, and if I can make it out of depression then you can too.

That’s in my other article though. In this one, I’ll be frank. I get sad sometimes, I get really, really sad. And then, I feel guilty for feeling sad. Not because I’m blaming myself for not being “Muslim enough” to get happy already, but because I when I look at my first world life and my first world problems, I feel as if I am making a big stink. Like oh pity me, I’m chronically sick but happily married, well supported, and have a good healthcare plan that covers most of my deductibles and I also don’t live in a war zone.

None of my self-deprecating objectivity seems to work. I can imagine all the children dying in Syria and Palestine and Burma and South Sudan, but when mine cries in my lap because she’s not feeling well for the 99th day out of the last hundred, I feel like my heart is broken.

Because Allah has promised to heal them.

Shattering The Stigma of Mental Illness

Zeba Khan is the Director of Development for MuslimMatters.org and the producer of the newly launched Muslimmatters Podcast, as well as a writer, speaker, and disability awareness advocate. In addition to having a child with autism, she herself lives with Ehlers-Danlos Sydrome, Dysautonomia, Mast-Cell Activation Disorder, and a random assortment of acronyms that collectively translate to chronic illness and progressive disability.