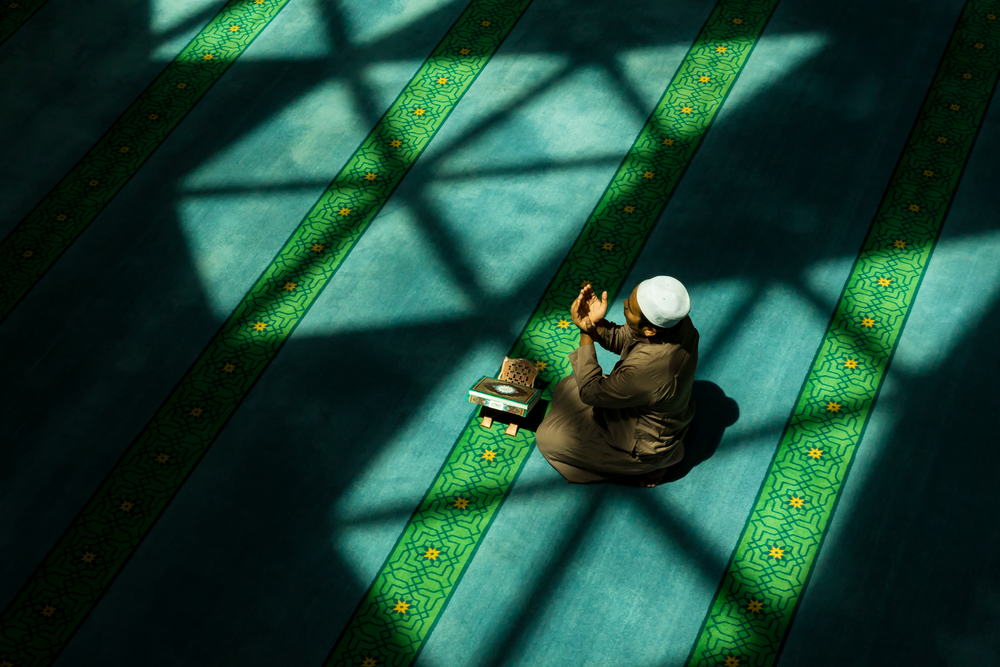 All praise is due to Allah, Lord of the worlds.

Why then has my duâ’ (supplication) not been answered?!

Below is a translated conversation that Ibn al-Jawzi (d. 597H, رحمه الله), a legendary spiritual cardiologist, and arguably the most prolific author in the history of Islam, had with himself regarding duâ’. It has forever clung in my psyche, reflecting how their blessed lives and immortal impact stemmed directly from *making time* to sharpen their reliance on Allah, and polish their good assumptions of Him. He says,

“One time, I was struck by a particular hardship, and I made profuse duâ’ appealing for comfort and a way out. The response [from Allah] was delayed, and so my soul was consumed by worry and anxiety. I shouted at it, ‘What is with you?! Think of your condition; are you an owner or one that is owned? Are you a planner or one that is planned for? Don’t you know that this worldly life is [but] a land of trials and tribulations? If you request your wants, and are not patient with whatever outcomes don’t match your preferences, then where is the test? Are trials anything except the denial and opposition of one’s desires? Realize what it means to be accountable, and only then will the hardships become eased, and only then will the calamities appear trivial.’

When [my soul] thought over what I said, its panic slightly subsided. I then told it, ‘And I have another answer; you demand from [Allah] your wants, yet don’t demand from yourself its duties, and that is the epitome of ignorance. What is more appropriate is the very opposite; since you are owned by Him, the sound-minded slaves demand from themselves the rights of the master and know that the master is not obligated to fulfil the slave’s wishes.’

[My soul] calmed more than it had before. I then told it, ‘And I have a third answer; you are the one who delayed the response and blockaded its path with your sins. Had you opened the roads, it would have been hastened [upwards]. It’s as if you don’t know that the ingredient for comfort is taqwâ (being observant of Allah). Have you not heard His words, the Exalted, ‘And whomever has the taqwâ of Allah, He will make a way out for him, and provide for him,’ and ‘whomever has the taqwâ of Allah, He will place for him ease in his affairs’? Don’t you understand that the opposite [of taqwâ] results in the opposite? Oh, how the drunkenness of being heedless prevents the water from reaching the lands of our wishes.’

My soul then knew that this was truth, so it became calm. I then told it, ‘And I have a fourth answer; you are asking for that which you are unaware of its aftermath. Perhaps you are requesting that which will harm you. The example of you is that of a fevered child asking for sweets, while your caretaker is more aware of what benefits. How not, when He has said, ‘And perhaps you hate a thing, and it is better for you…’’ When the correct [perception] ultimately crystallized for my soul with this answer, its calmness further increased. I then told it, ‘And I have a fifth answer; your request subtracts from your reward and lowers from your status, so His depriving you is in fact a gift from Him to you. Had you requested what would amend your Hereafter [instead], this would be better for you. And it is better for you that you understand what I have explained.’ [My soul] said back, ‘I have strolled through the gardens of your explanations and [finally] understood.’”[1]

Similarly, Ibrâhim b. Adham (d. 162H, رحمه الله) was once asked why we feel stranded with our duâ’ (supplication), not receiving any response for it. He said,

In today’s fast-paced world, the greatest treasure we fumble is our perception of Allah

. Our age of instant-gratification has produced a sense of entitlement in us all. Its ugliest manifestation is the increased denial of God altogether, but for the Muslims: it’s the fact that we wonder if God is with us, not whether we are with Him, and why He doesn’t answer our call, not why we don’t answer His call.

Countering this mutated mentality is simple, but requires a commitment to change and serious planning. In essence, it’s a mission that summarizes the believer’s life journey: bridging the gap between what we know and what we practice.

As we do that, this weakness (aka that feeling of hypocrisy) begins to leave us, both in our perceptions (of Allah and ourselves) and our behaviour. That is how we tap into our potential strength, activate our duâ’, and become the change our bleeding ummah direly awaits. Let’s get started, shall we?