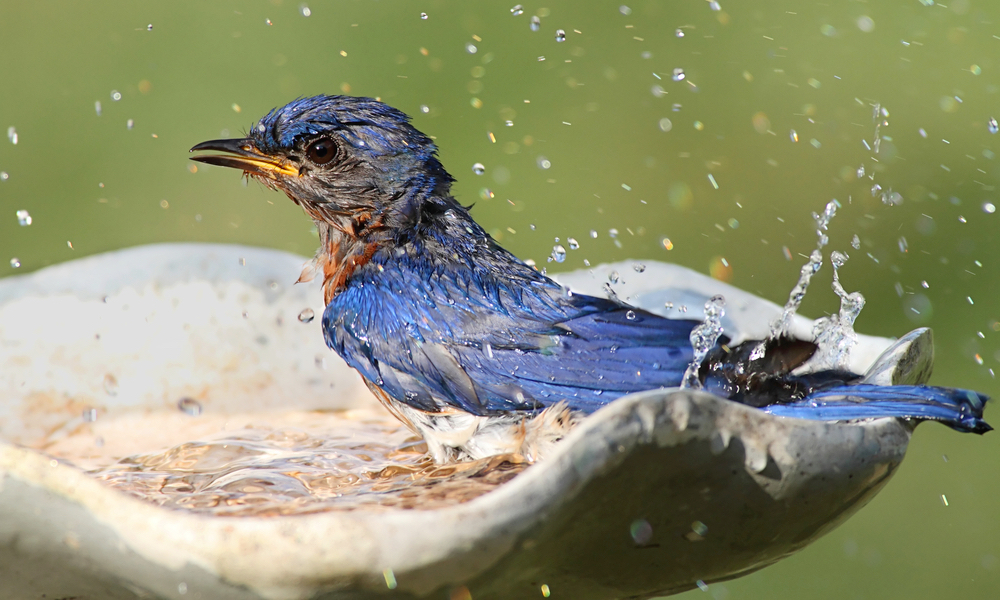 Q. When non-Muslims embrace Islam, is ghusl (bathing) obligatory upon them?

The process of becoming a Muslim is very straightforward and undemanding. Allah desires ease for people and does not want to place difficulty on them. If a person has firm yaqeen (conviction) and iman (belief) that Islam is the truth, it is sufficient for that person to declare the two testimonies of faith:

“I bear witness that there is none worthy of worship except Allah, and that Muhammad is the final messenger of Allah.”

As soon as the person pronounces these words, believing in them to be true, he or she becomes a Muslim. This is known by necessity in Islam (al-ma’lum min addin bid dharurat) and is agreed upon by all Muslim scholars. The validity of the testimony of faith is not reliant on the individual thereafter performing ghusl (bathing).

Concerning the specific action of ghusl after declaring the testimony of faith, the fuqahaa (jurists) have expressed different opinions which will be discussed below.

There are two main hadiths (traditions) reported from the Prophet (peace and blessing of Allah be upon him) pertaining to this issue.

From these two hadiths (traditions) the fuqahaa (jurists) are divided into three main groups with regards to the ruling of performing ghusl (bathing) after embracing Islam:

A. Ghusl is obligatory – whether the person was a non-Muslim in their origin or relapsed faith and embraced Islam again.

Ibn Qudama wrote: “If a non Muslim embraces Islam ghusl becomes obligatory upon him, whether he was a non-Muslim in origin or a murtad (the one who relapsed faith), or whether he bathed before or after embracing Islam, and whether – during the period of his non Muslim condition – that which necessitates ghusl was present or not.[8]”

Thereafter he cited the hadith (tradition) of Qays b. `Asim in which the Prophet (peace and blessing of Allah be upon him) ordered him to perform ghusl after embracing Islam.

An-Nawawi objected to relying on the above traditions to assert that ghusl is obligatory by explaining: “The reply as regards to these two hadiths (traditions) are from two perspectives:

Firstly, the hadiths (traditions) should be understood and interpreted to purport the istihbab (desirability – not obligation) of ghusl by reconciling the various evidence. This is supported by the fact that the Prophet (peace and blessings be upon him) ordered Qays to bathe with water and (also) sidr (lote tree leaves) and we have agreed that using sidr (to bathe) is not an obligation.

had knowledge that both of them were in a state of janabah (major ritual impurity) because they both had children, and so it was due to that reason he ordered them to perform ghusl, not because they (simply) embraced Islam.”[9]

B. Ghusl is not obligatory – whether he embraced Islam while in the state of janabah (major ritual impurity) or not.

This is the view of the Ahnaaf,[10] and the view of Abu Sai’d al-Istakhri,[11] a muhaqqiq (verifier) of the Shafi’i school of thought.

Ibn al-Humam wrote: “If he (non Muslim) embraces Islam while in the state of janabah (major ritual impurity) there is a disagreement: it is said that it is not obligatory because they are not obliged to fulfil the subsidiary matters of the religion (furu’), and after embracing Islam janabah is not present.”[12]

Al-Mawardi transmitted from Abi Sai’d al-Istakhri that it is not obligatory, which is the view of Abu Hanifah, due to the saying of Allah:

“Say to those who have disbelieved [that] if they cease, what has previously occurred will be forgiven for them.’’[13]

However, An-Nawawi disapproved of this justification by stating:

As for the verse and the hadith, their meaning is related to the forgiveness of sins; they (scholars) have agreed that if a dhimmi (non-Muslim living in Islamic state) has an unpaid debt or qisas (laws of retaliation are upon him), embracing Islam does not release him from paying them.

Furthermore, the obligation of ghusl is not made liable by that which necessitates ghusl during the period of disbelief; it is a required condition of the validity of salah (prayer) in Islam. His condition is the state of janabah and salah is not valid in that state. His embracing of Islam does not remove his situation of being in the state of janabah (major ritual impurity).

C. The ruling depends on whether the person embracing Islam is in the state of janabah or not.

This is the relied upon view in both the Hanafi[16] and the Shafi’i[17] schools of thought.

Ibn al-Humam explained: “Ghusl that is recommended (mustahabb) is the ghusl of a non-Muslim embracing Islam without being in the state of janabah.

If he (non-Muslim) embraces Islam while in the state of janabah (major ritual impurity) there is a disagreement: it is said that it is not obligatory because they are not obliged to fulfil the subsidiary matters of the religion (furu’), and after embracing Islam janabah is not present.

However, the correct view is that it is obligatory because the sifat (properties) of janabah remain after embracing Islam. Therefore, since he is not able to perform that which is obligatory except when it (state of janabah) is removed, performing ghusl becomes obligatory.[18]”

An-Nawawi elaborates: “If a non Muslim becomes sexually defiled (janabah) then – before ghusl – he embraces Islam, ghusl becomes obligatory upon him. This is opined by al-Shafi’i which the majority of the school has agreed upon.

And if he embraced Islam without being in the state of janabah, it is desirable for him to bathe, it is not obligatory upon him to bathe without any disagreement amongst us (the Shafi’is). This is the same ruling for a non-Muslim in origin, a murtad (one who relapses faith), a dhimmi (non-Muslim living in Islamic state), and a harbi (non-Muslim combatant).”[19]

The position I personally advocate is the opinion propounded by the Hanafi (in the sound view) and the Shafi’i schools; that if a non-Muslim embraces Islam without being in the state of janabah, it is recommended for him to bathe, though not obligatory. However, if he embraced Islam in the sexually defiled state (janabah) it is obligatory for him to bathe.

This is closest to the general purport of the texts and the maqsad (purpose) of ease and facilitation which the Shar’iah has come to establish. We should not place too much burden upon the new Muslim to bathe as it is not a requirement as clarified above.

By the Pen: Black History Month