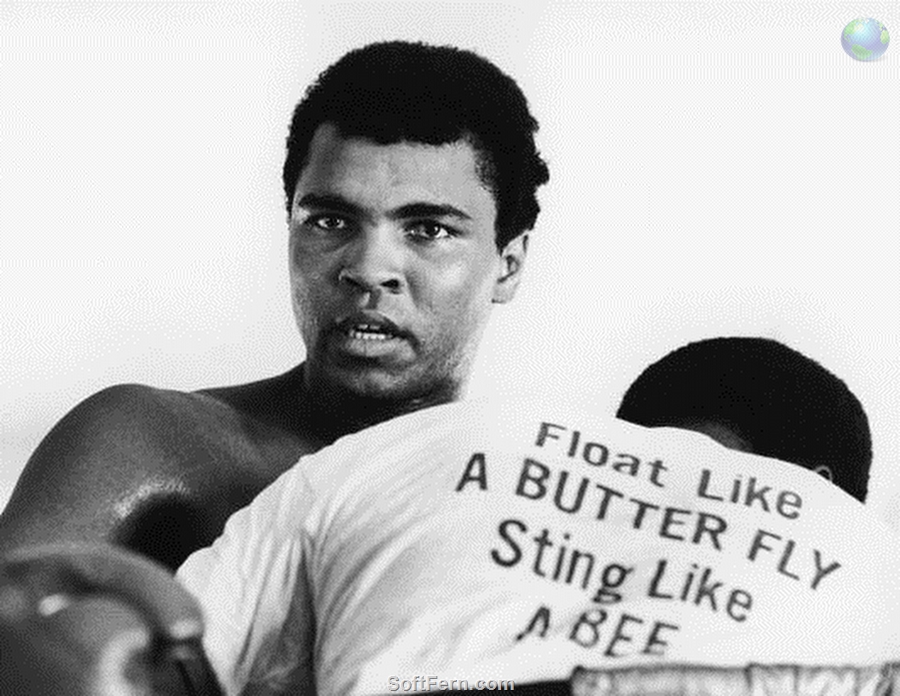 He was too young, too brash, too fast, too pretty.

Too hateful, too playful, too charming, too witty,

With too many quotes to mention, too many images seared into our collective memory,

There was him standing over Liston in ’65, daring him to get back up ,

Or him being held back the year before screaming to anyone who would listen that he shook up, the world…

Or the punch that he didn’t take, as Foreman was falling to the ground on a magical African night,

Or hands trembling but never wavering as he lit the Olympic torch in Atlanta,
There was his smile, and his glare,

There was the shuffle of his feet too fast to see,

And the twinkling of his eyes before reciting a poem,

His battles in the ring made him a legendary icon,

But his battles outside made him a global hero… of the type that is so rare,

That their flames have to stay lit for multiple generations,

To kindle decades of imaginations.

In part to show a nation that idolizes champions by their jewelry,

That the greatest champion is the champion of the people,

With a conscious unwilling to conform, and impossible to buy,

Impossible to break, though courts of law and public opinion would try,

The one who would defy their greed, their war and their assumptions,

And refuses to be an athlete palatable for mass consumption,

And so throw him in jail, strip him of his title and his wealth,

And all he does is become greater.

And show the world how a young man rumbles,

All he does is show how to be proud in your religion,

And beautiful in your skin tone..

For truth, equality, justice and peace,

And those are the ones worth giving everything for.

He paired his name with the greatest of all time, to share a portion of his light,

Ascend a portion of his height,

And a faith in God that fueled his fight..

I’ve heard that when a beautiful soul dies the angels call them,

By their best titles, the one that they held most dear,

And so I hope today the angels of my Lord say,

“The champ is here.”

Muhammad Ali, Known As ‘The Greatest,’ Dies At 74