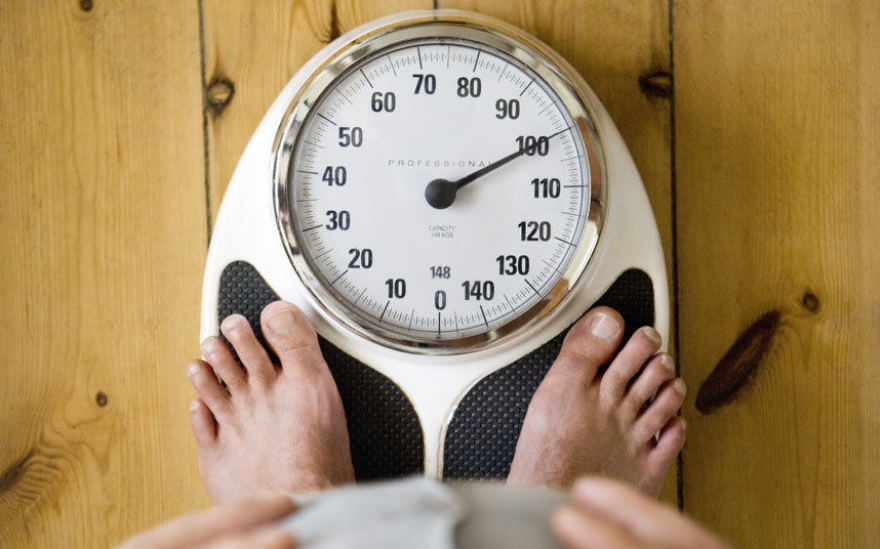 In June, more than 1.5 billion Muslims around the world will begin to observe Ramadan. For Muslims fasting is a religious obligation (al-Qur’an 2:183), it being the fourth pillar of Islam. Yet fasting is also an excellent “weight control” strategy. The key point is not “weight loss” but rather “weight control”. While those who fast admit they lose some weight during Ramadan, few have actually considered its significance as a “weight control” mechanism, nor its value as a “behavior modifier”, nor even its merits to “fine tune and tone” the human body and its various systems. All these benefits, as well its spiritual advantages, were understood by the bygone Prophets.

The Muslim fast, as prescribed for those past the age of puberty, is simple. It requires one to abstain from taking any food or liquids at all from dawn until dusk. Between hunger and thirst, most find thirst to be more difficult to cope with, especially on very long and hot days as Ramadan fasts will be in the northern hemisphere. As the fasting month is determined by the lunar calendar, which is 10 or 11 days shorter than the solar calendar, in 36 years every Muslim in both hemispheres will have the opportunity to fast during all four seasons. This ensures equity in terms of both ease and hardships endured for people living in both hemispheres.

Around the world diet-books fly off store-shelves in record numbers, as diet gurus offer their latest fads for losing weight to a population that is grossly overweight because of over-indulgence. Many of those who have gone on such diets appear on radio and TV talk shows to narrate their personal experiences. The overwhelming opinion seems to be that most diets work for a short time, but as soon as the dieter stops dieting the lost weight reappears; some dieters even exceed their previous weight. In all the shared experiences about such diets, one centuries-old formula is seldom or never mentioned. It is the simple fast that the Prophets of all the major faiths engaged in regularly and enjoined their followers to do the same.  Fasting is not new, yet it seems that, as a possible diet option, it is one of the best-kept secrets and no one seems to have explored its potential.

Encouraged to Eat in Moderation

At the end of the fasting day Muslims are enjoined to eat in moderation and engage in worship (ibadah), meditation (dhikr) and contemplation or thought analysis (tafakkur). The emphasis is on small simple meals, yet many ignore this injunction and consume large and elaborate meals. However, Allah’s divine scheme is unbeatable: humans are created in such a way that the body itself brings one round to eating smaller meals. Those who eat heavy meals at the end of the day often suffer from constipation and other discomforts. It is interesting to note that at the end of the fast, because of the hunger pangs one thinks that one will be able to eat much more than one normally eats. However, one discovers that this is not so.

This discovery usually comes about after a few days of fasting when one begins to find one is unable to finish the food in one’s plate. Often the amount one is able to eat is less than the normal meal one would have consumed in the regular three-meals-a-day routine. This is because as the fasting days increase, the body undergoes a physiological change as the stomach begins to shrink and, however much one may desire to have more at the end of the day, the shrunken stomach limits the amount of food that can be consumed. It is critical that one takes heed of these body signals and not disregard them by gorging one’s self to an extra helping of food or be seduced by the many “varieties” of food some families spend hours preparing. This kind of extensive table spread of food is so totally contrary to the purpose of fasting but it also hampers the stomach from achieving its full shrinking potential.

For those who do not gorge and restrict themselves to one simple meal at the end of the fast, are the ones most likely to experience the full benefit of the stomach shrinking which ensures the fasting person will lose some weight by the end of the month. While the “weight loss” is obvious, the inevitable follow-up question is how fasting is a “weight control” tool, a “behavior modifier” or a means of “fine-tuning and toning” one’s body?

Most diets fail because they do not bring about a change in the dieter’s “physiological” condition, as the month-long fast does. Fasting helps one to alter one’s unhealthy over-eating habits and establish a moderate intake of food. If one looks at the example of the Prophet, we find even when the month of Ramadhan ended, he celebrated Eid with rejoicing and “feasting” – sharing a simple meal with neighbours, relatives and, most important, the needy. He also emphasized the need on this festive day to visit the sick and give charity (sadaqa). It is important to clarify that “feasting” according to the Prophet’s practice was not self-indulgent. For the Prophet, “feasting” was an occasion for “sharing” Allah’s bounties with others, especially the poor and the needy. For the wealthy who may have food in abundance, it is the “sharing” of Allah’s bounties with the poor that is intended by “feasting”.

Prophet Muhammad (pbuh) deplored over-eating by saying, “Kill not your hearts with excess of eating and drinking.” Over-eating, especially on the day of Eid, (when folks are seduced by the many favourite dishes families prepare for this day) is the quickest way to undo the benefits achieved during Ramadhan. The physiological change that facilitates moderate eating is the secret of fasting as a “weight control” mechanism. Although over a period of time the moderate eating habits developed during Ramadhan usually get somewhat eroded, the fasting month returns after 11 months to re-establish the good habits. However, it is possible to sustain the physiological change which ensures “weight control” by reinforcing the habit of moderation by also fasting at other times during the year, which the Prophet did regularly.

Fasting as a Means to Fine-tune our Bodies

We often overlook the fact that fasting is Allah’s prescription for humans to fine-tune their bodies, especially the digestive system. All body systems or parts need rest. Sleep is one way for some organs to achieve this; the eyes, mind and muscles are obvious examples. The heart and the digestive system achieve their rest by actively slowing the system or “reversing” the system operation, somewhat similar to a “reverse flush” that is done to clean radiator pipes in a vehicle. Standing on one’s head provides a good means of rest for the heart because it reverses the pull of gravity against the normal flow of blood, just as putting down one’s arms does when one is painting a ceiling. For the digestive system, “fasting” offers the best rest. It is a welcome respite from frequent meals, snacks and drinks such as tea or coffee. This “rest” gives the digestive system the opportunity to clean and rejuvenate itself and thereby make it more efficient, just as a farmer leaves a field fallow or uncultivated for a year so that they provide better and more abundant crops the following year.

Fasting as a Means of Spiritual Cleansing

Fasting, as prescribed in Islam, also requires spiritual cleansing, which at the practical level is reflected in modifying behavior to meet higher ideals. Fasting without worship and contemplation achieves little merit in Islam. In worship a Muslim can seek Allah’s help to become a righteous person who stands up against injustice and oppression. In contemplation a Muslim can examine the behaviours that undermine efforts to come closer to fellow human beings, namely, family, friends, neighbours, colleagues, acquaintances and others. Modifying behaviour is integral to fasting. A Muslim’s behaviour or attitude to others must reflect respect, kindness and justice.  The Prophet himself reminds us: “A keeper of the fast who does not abandon lying and evil ways, Allah cares not about his [or her] leaving off eating and drinking.”

Fasting is probably the best way for one to get to feel the pangs of the hungry family, the misery of the homeless person and the suffering of the downtrodden individual. Creating empathy for the destitute is Islam’s way of stirring our conscience to become actively involved in addressing the needs of the most unfortunate and most marginalised in society. It is related that someone asked Imam Husain (ra): “What is the lesson of fasting?” He replied: “The rich should feel the pangs of hunger and appreciate what the poor have to endure, and therefore share Allah’s bounty with them.”

At a higher spiritual level, fasting in Islam is seen as an armour against evil. Those who are able to renounce lawful satisfaction of desires in obedience to Allah’s command are more able to renounce unlawful gratifications. Just as physical exercise strengthens the body, so mental, spiritual, ethical and moral exercise through fasting builds willpower to conquer physical appetites and abstain from what is wicked and wrong. The strength built during Ramadhan is only the beginning of the journey towards getting closer to God by becoming a better human being through empathy with and concern for one’s fellow human beings. We are reminded of this when our Prophet said: “If you love your Creator, then love your fellow-beings first.” May Allah help us all to progress along this journey not only in the month of Ramadhan but throughout our lives.

Ahmed Motiar, is the author of “What makes Islam the fastest growing Religion in the World” and is the inventor of  the Award-winning “3E Reading System”, and the recipient of the prestigious (Canadian) Prime Minister’s Award of Teaching Excellence in Science, Technology and Mathematics for the Math Games he developed. His most recent book is: “THE RESERVE BANK = A License to Steal Money from Citizens?” More information about his works can be accessed from: http://www.MathAndLiteracyAfrica.co.za   or reached at  ahmedmotiar@gmail.com

Walking Without Seeing the Path