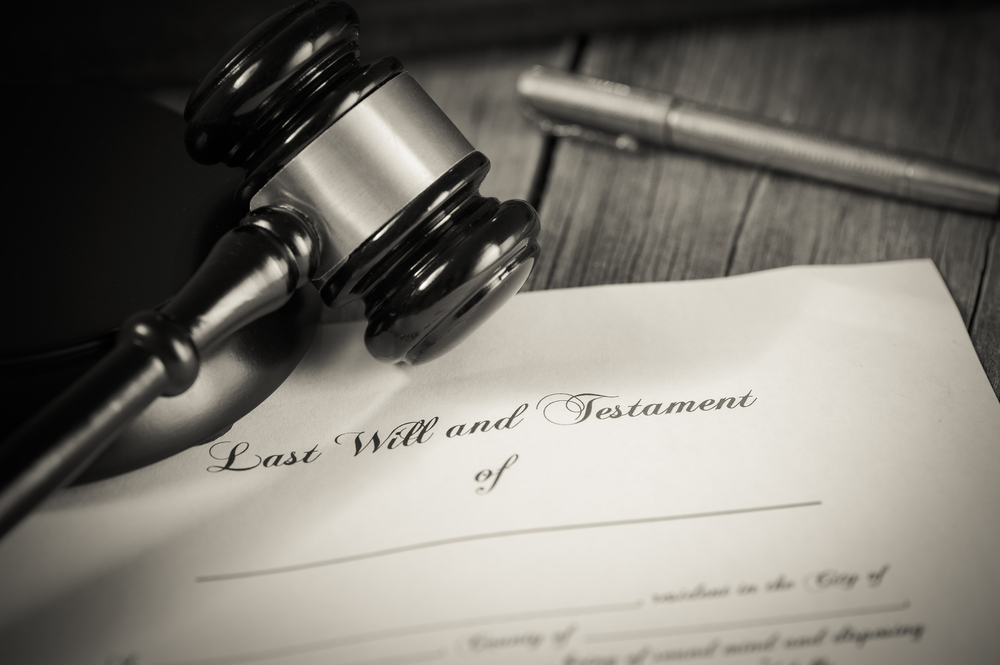 The United States is one of few countries in the world that has testamentary free alienation of property. What this means is that you can give whatever you want to whomever you want in whatever manner you want, for the most part (inheritance is governed by states and there are exceptions).

Obviously then, you can give less to one child then you give to another child. A Supreme Court Justice did exactly that in his own will (though this document is maligned in the legal profession today for other reasons). A person’s reasons for what they do with their money can be incredibly well thought out or they could be completely arbitrary and even malicious. The basic idea is that it is your money and you can do with it as you please.

In the United Kingdom there is now a question mark on the issue of whether or not a parent may be able to discriminate against their children based on sex. They have also had a tradition of free alienation like the United States. It is important to be clear though; anybody who says that the Islamic rules of inheritance discriminate based on sex is analytically sloppy. That is not exactly what is happening. Yes, daughters get less than sons (Quran 4:11). Men however do not always get more than women. They may get the same or they may get less depending on the relationship.  I have previously written about the difference between boys and girls getting Islamic Inheritance and will not belabor this.  When you are a Muslim, your inheritance goes to your children in accordance with a specific formula. This is because your property is not your own, but is entrusted to you. Allah ordains inheritance.

One thing that I suppose this uniform system of inheritance does is it distributes inheritance in ways that “most people” do not do. It breaks certain expectations and that can be scary to some. Remember though, we are talking about societies in which large numbers of people give all their wealth to cats.

This past summer, a Court in the UK decided that an estranged daughter who was excluded from inheritance by her mother should be able to receive inheritance anyway. The woman had a boyfriend she later married that her mother did not like. The daughter went on to have five children and never made peace with her mother until the day her mother died. The mother decided to give everything to charity. This is typical behavior you would normally see from estranged egotistical parents and is perfectly fine in the United States. The denial of her testamentary freedom in the UK was not because of the normal reasons to throw out a document, such as fraud, duress, menace or undue influence (which happens with some regularity in the US) but because the mother’s reasons to decline to distribute inheritance to her  daughter were not good enough, in the court’s judgment.

The family in question was not Muslim. Indeed, denying somebody inheritance based on being estranged is prohibited in Islam. This kind of decision by any court can open the door to all kinds of judicial mischief including the ability of Judges to simply second-guess the decedent’s wishes for almost any reason and in particular in the area of Islamic Inheritance. This can be a problem when judicial Islamophobia is most acute. Judges and Juries are made up of human beings with biases and prejudices, just like teachers, police, legislators and other public servants.  Many sadly labor under misconceptions about Muslim families and societies common on website comment sections and those could result in bad decisions.

Institutional Islamophobia is a real threat to these freedoms. The United Kingdom is currently in the midst of a crackdown on “non-violent” expression by Muslims. UK policy is based on a belief that violent behaviors have precursors in religious practice and intellectual inquiry. They are now working to detect future terrorists among preschoolers.

In the United States though, we have the bill of Rights and more specifically, the free exercise and establishment clauses of the First Amendment. We also know that an attempt to ban Islamic Inheritance has been tried before. But we are by no means immune to national hysteria, as anyone with a nodding familiarity with the 2016 election cycle can attest.

As many of us in the United States remember, 2010 was a mid-term election year where Islamophobia was perhaps the biggest national issue, though it was bigger in some states than others. The alleged conspiracy to impose “Sharia law” rotated with the “Ground Zero Mosque” for attention. In 2016 it is Syrian Refugees secretly being ISIS members who want to kill us all or one of any number of rotating clownish refrains.

In 2010 the State of Oklahoma enacted an initiative known as “Save our state.” The idea was to save Oklahoma from a conspiracy to subvert the constitution and establish “Sharia law.” This meant that if a Muslim wanted to distribute their estate after death according to the Sharia, even if what that meant was spelled out, a Judge would be obligated to ignore such an instruction.

One lawyer, Muneer Awad (then of CAIR, with the help of the ACLU), who had an Estate Plan consistent with Islamic rules, decided he would challenge the law by first getting an injunction (immediately stop the law from taking effect), then having it declared unconstitutional in Federal Court after a full hearing. It was not a hard case under the constitutional law of the time and today. But the political winds can change rapidly against a minority community, so it is not without some risk.

Awad was successful because the law plainly violated the ability of Muslims to exercise their right to practice their religion. Never mind Islamic Inheritance is a fard (obligation) in Islam sadly ignored by most American Muslims, though often more because of ignorance of it than fear. Never mind that Awad wanted to fulfill a faith tradition 70% of the residents of his own state voted he should have no right to practice.   Awad chose to not only practice his faith but to work to vindicate that right, and the right of others to do so.

The United States clearly has superior constitutional protections (right now) than the UK but this is by no means enough to overcome overwhelming hostility. Indeed the notion that the United States has historically been a beacon of religious freedom and tolerance is a myth thought to schoolchildren.  Much of it’s history; America has been a villain when it comes to religious freedom. Several religious practices, particularly among Native Americans, but also others, had been criminalized.

Countering Violent Extremism (CVE) an attempt by government to institutionalize, not merely Islamophobia, but internalized Islamophobia and to have designated “moderates” determine what is and what is not the more civilized version of Islam. The US Government has for some time been using routine religious expression as a basis for criminal investigations, intelligence gathering and even prosecutions. But CVE is not about violence at all. As Scholar Hatem Bazian has pointed out, CVE is a requirement that Muslims go through “civilizational group therapy.” The founding document of Countering Violent Extremism, “Radicalization in the West,” still used by the Obama Administration, Congress and most notably in some version or another- CVE friendly Muslim groups – though now not by the NYPD itself, finds that increased religious observance is somehow dangerous.  Fear of people reading and understanding the Quran figures prominently in the report for example.

While radicalization theory been widely regarded as nonsense, those who serve the national security state believe it in some form. If they did not, CVE would be utterly pointless.   The premise of the program would be to simply divine criminal conspiracies before the conspirators know one exists, nonsensical unless you factor institutional hatred of Muslims. A variant of radicalization theory will always be needed to keep this government sponsored group therapy session going.  It will focus more on religious practice and beliefs than on violence, since violence is addressed by the criminal justice system.

Some Muslims are willing to parrot the National Security State’s narrative of what Islam should or should not be, on matters that have nothing to do with violence but rather what version of Islam should be favored.   Other Muslims are sadly embarrassed by inheritance rules in the Quran they feel are “unfair” or “backwards” or don’t match with their “western values”, ergo they are in need of “reform.” Internalized Islamophobia is no different from external Islamophobia in that they are both borne of ignorance and fear. However nothing is more of a threat to religious freedom for Muslims than large numbers of Muslims willing to ignore or even denounce their own religious requirements due to the fear of social opprobrium from their perceived betters.

We need more people like Muneer Awad, those willing to publicly practice Islam and stand up for it. Even when 70% of the population of his state stood against him, he won. This is something we can all learn from, since no victory is permanent.

Unless we both use our religious freedom and stand up for it, do not be surprised if it is taken away.