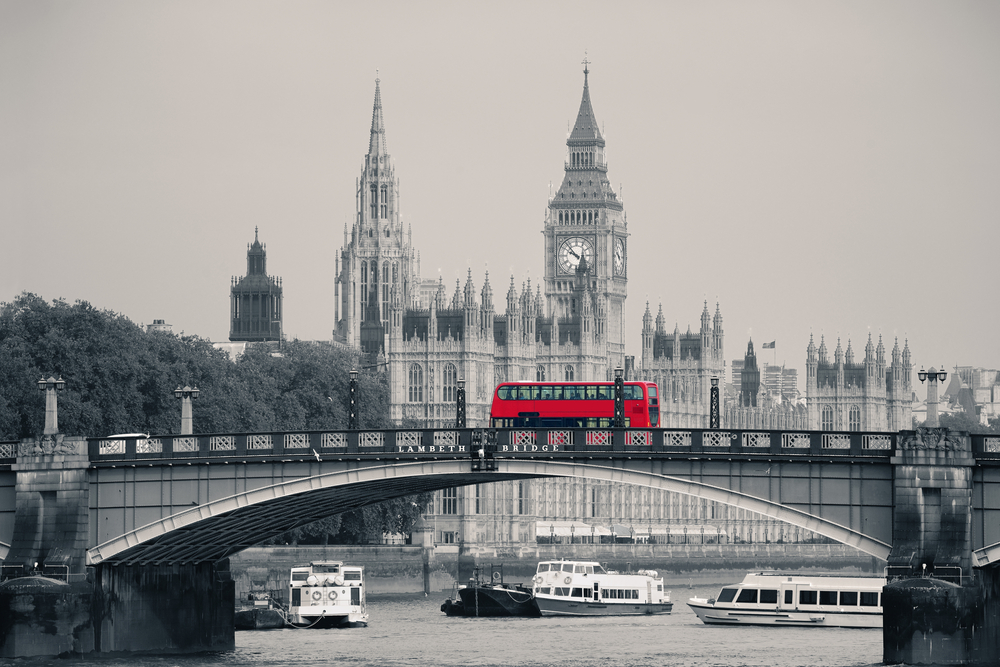 It was the day after the second Paris attack. Our local Muslim school sent parents a text-message telling them that security guards would flank the school gates the next day. Messages were flying around, complete with fuzzy CCTV footage of Muslim women who had been verbally or physically attacked in public places, in the climate of hatred and fear that seemed to hang like a cloud over us.

My sons, proudly wear traditional garments (thobe and white skullcap) when going to certain classes at the Mosque. It is the uniform for their Qur’an class. It’s of course not obligatory for them to wear it but they normally do. They were about to set out and catch a bus when a sense of dread came over me as I realised how vulnerable they looked and how so visibly ‘Muslim’. People had been fed a drip diet of negativity surrounding Islam and Muslims. The heinous crimes of some of our co-religionists, playing on 24-hour news channels had contributed to that climate. It would only take one angry person… 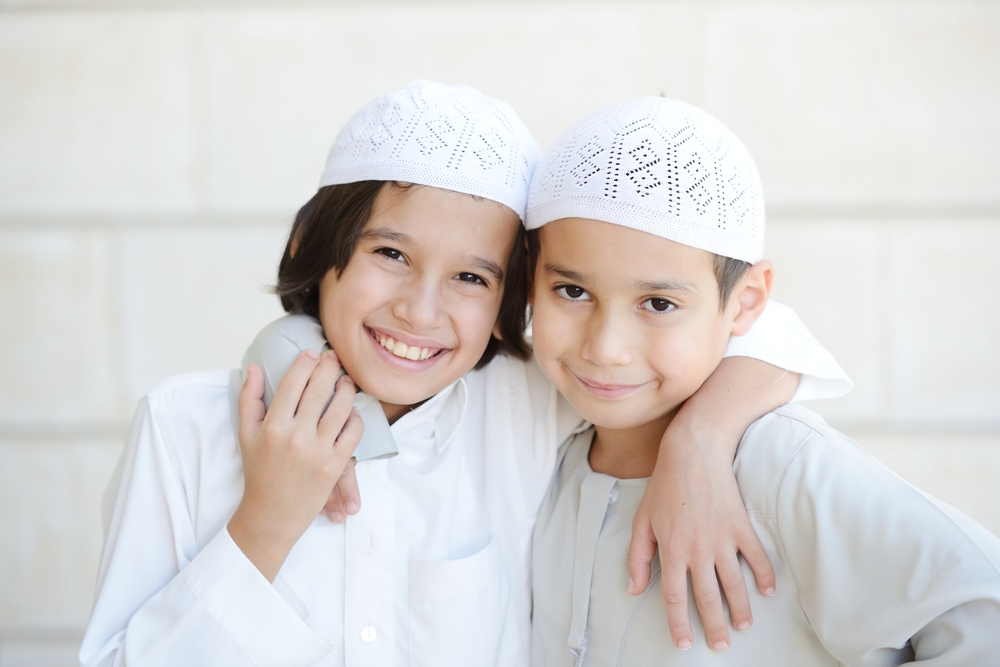 In that moment I considered telling my sons to pop their jeans on instead, reserving their traditional garb for when they were safely inside the mosque. In that moment I was terrified at the power I wielded as a parent to influence their mindset with a word I might utter. And in that moment, I bit my tongue and decided to choose Tawakkul and empowerment and banish victimhood and fear.

There was no real danger. Most of our fellow citizens are not full of hatred. Most of them do know a Muslim well enough to know better. I believe much of the fear-mongering that goes on in Muslim circles, is manufactured and perpetuated by people continuously forwarding unconfirmed scare stories to one another (or perhaps people infiltrating our lists and groups, maliciously intending to spread panic).

In the aftermath of these attacks it’s important to continue living as you normally live day to day as much as possible and since my sons usually do wear these clothes to the mosque without issue, I didn’t want to introduce the idea of hiding being a Muslim to them.

It’s not about fanatically holding onto garments. Indeed if there is real and present danger we should take the precautions necessary and should not put our children at high risk. However, this was about the attitude we seek to instil in the next generation of Believers.

Over the Channel in France, with its aggressive secularism, it has become commonplace for many Muslims to hide their Islam. Britain’s Muslims, including my sons, are confident and very comfortable expressing our faith and culture, Alhamdulillah. This is home and we aren’t guests here. The vast majority of our compatriots are respectful towards us and, especially in the vibrant melting-pot that is London, we have grown up together, laughed, cried, learned and played together. We grew up being told to express our culture and be ourselves.

In the 80s racists used to abuse us for having a different skin colour – which we couldn’t hide. They would hurl insults at my mother for observing hijab. That overt racism is largely gone. But the point is this: Our parents didn’t persevere through the tough times that they faced, only for our generation to lie down as soon as we face some pressure!

By all means let us teach our children to take the normal precautions any child should. Teaching them the very powerful duas and supplications for going outside as well as the du’a when facing fear, and the du’a for resolve, were my first port of call.[1] But I refuse to instil cowardice in their hearts and will continue to teach them to hold their heads up high as Muslims in a world where their faith is misrepresented.

I see parenting as a calling. Children are the ultimate carriers of our values beyond our own short lives. Most of us still hear our mothers’ voices in our heads, giving us the occasion telling-off or reminding us to do the right thing. Most of us subconsciously ask ourselves what dad would have done. We may of course reassess some of those values, rejecting some and adapting others. However, a parent’s attitude and philosophy of life is no doubt a most powerful factor in setting a child’s direction in the world.

So how will I be teaching my children to respond to anti-Muslim hatred? What do I hope their attitude will be, growing up in 21st Century Britain?

The key messages I will be giving my children are:

First: Have faith in Allah’s

plan. Our tradition teaches us that everything, however difficult it may be for us to understand, happens for a reason and happens by the will of God. It teaches us that through Sabr – patiently persevering upon the straight path, through hard work and prayer, we will see the fruits of our efforts.

Second: Never be afraid to be different. Some of the greatest people in history went against the grain. They were immensely unpopular and often persecuted. In the end, their unwavering, patient, perseverance for justice shone through. We have an example of that in the great messengers of God such as Moses, Jesus and Muhammad, peace be upon them. And in recent times we have the likes of Gandhi, Nelson Mandela and Malcolm X – who fought injustice, were persecuted or killed for their cause, but morally triumphant as eventually the world caught up with them.

Third: Be politically engaged. Outrage at injustices around the world is natural. But how you allow that to manifest itself is pivotal. The Qur’an tells us that we must live up to being “the best people extracted for the sake of humanity.” The conditions for being amongst the best of people are that we must enjoin the good, beginning with ourselves and forbid what is wrong and have faith in God. Loving ones country means sometimes holding a mirror up to it and with wisdom, speaking truth to power.

Fourth: Be socially engaged. Contribute and give to society positively with all your heart and with all of your talents. Serve your neighbours, serve your fellow citizens. The Prophet Muhammad ﷺ would go the extra mile to reach out to people and fulfil their needs, to feed, to clothe, to share a burden. He never encouraged us to live in ghettos, happy with our own piety. Mixing with people, sharing, caring, giving, getting involved with the issues of society is his example and your duty.

Fifth: Seek deeper knowledge of scripture from traditional scholars who are also forward-thinking. The Qur’an has a context to it. Reading ones own interpretations into it willy nilly gives a warped understanding. We see the catastrophic effects of that in lands where injustice is being justified by ignorant Twitter and Facebook muftis interpreting revelation. Our tradition is rich, it gave birth to one of the greatest civilisations in history. Don’t be rash. Don’t be a hothead. The energy of youth needs to be tempered by the wisdom of scholars and elders. Our faith needs a generation of leaders who have depth of understanding and a wealth of wisdom in order to traverse the murky waters that may lay ahead. Be that generation.

[1] Some of the supplications can be found in du’a books and on the website: http://www.makedua.com/ . A couple of examples are:

“In the name of Allah, I place my trust in Allah and there is no might nor power except with Allah.”

The Prophet ﷺ told us, when we say this, an angel will say: “you shall be defended, protected and guided”. (Abu Dawud)

And this wonderful du’a which every one of us should memorise! It is protection from facing ignorance or harm when going out! Make sure your kids have memorised it!

“O Allah, I seek refuge with You lest I should stray or be led astray, or slip (i.e. to commit a sin unintentionally) or be tripped, or oppress or be oppressed, or behave foolishly or be treated foolishly.” (Abu Dawud)

Fatima Barkatulla is a seminarian and award-winning Islamic lecturer. Follow her on Facebook. A version of this article was published in The Times and Times Online on Saturday 9th April 2016

[1] ‘thaub’ is sometimes called a dishdasha (it is a long, dress-like garment worn by men in the Middle-East). ‘Thaub’ is the more commonly used name for it in the Muslim community.

Can CVE Mean An End to Islamic Inheritance?