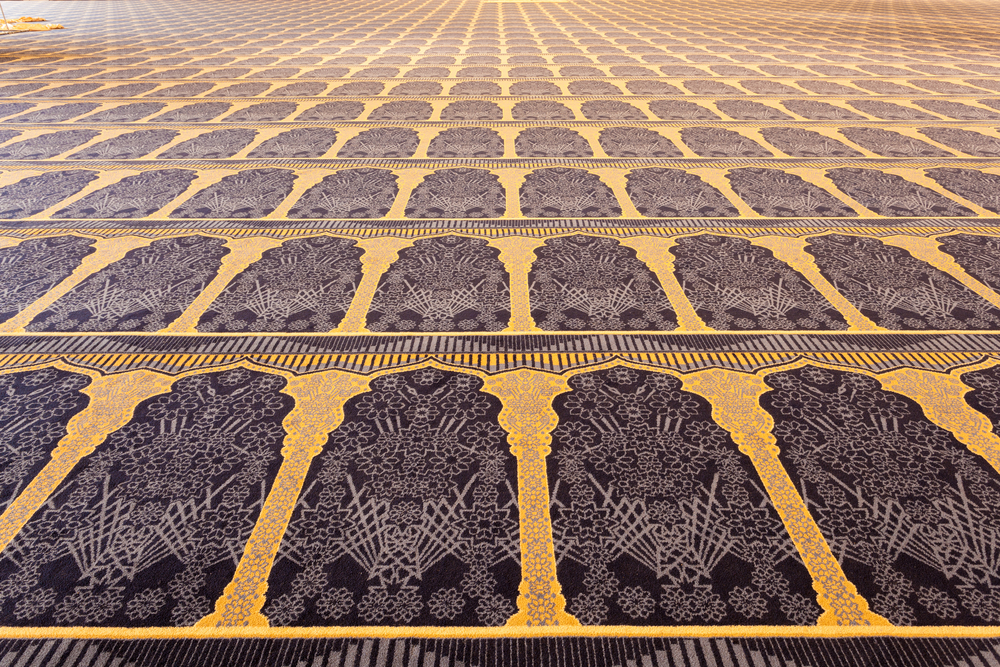 The Muslim Public Affairs Council (MPAC) recently updated its “Safe Spaces” program, which is a “toolkit” for Mosques in the United States to help prevent terrorism coming from their centers. In our political environment, this is the kind of thing at least some Muslim leaders will want to explore.  This is unfortunate.

A necessary disclaimer:  It is admirable for leaders of Islamic institutions to educate both the Muslim community and the larger community and to have programs that encourage peace, justice as well as ethical and moral conduct.  It is also necessary for our community and for us individually to strive for excellence in what we do.  This review is not meant to take anything away from these objectives but hopefully, add to them.

Muslims self-police. Indeed it is fundamental to our tradition to enjoin the good and forbid the evil. There is a process of what might be called self-policing in theology, in religious practice and deeds. In mosques, responsible leaders will not let just anyone give a Khutbah. Sometimes, the reasons may have to do with majoritarian sensitivities in the United States or in the local community. There is nothing inherently wrong with this.   Politically, in both Muslim-majority and minority countries, self-policing can either take the trait of supporting the oppressor or the oppressed.  Both traditions have existed simultaneously.

Safe Spaces as a self-policing framework was not as well received in the Muslim community primarily because it was closely associated with the widely rejected “Countering Violent Extremism” (CVE) program- indeed, MPAC called the program that. It was praised by the White House and was cited in the official Los Angeles framework for CVE.   In MPAC’s home base of Southern California, the leadership of the Islamic Shura Council of Southern California overwhelmingly rejected the program (as well as CVE itself).

At the core of “Safe Spaces” was the creation of a new bad ideology to replace the  discredited “radicalization theory” from the New York Police Department that was popular in anti-terrorism circles. This new bad ideology can be called “Takfirism theory”- a concept that had almost nothing to do with Takfir (calling a Muslim a non-Muslim). It relied on factors such as a person’s desire for “coolness” or a desire to “act in the face of injustice” to assess a person’s likelihood of being a future terrorist.   The original Safe Spaces also accused well-known Islamic Scholars such as Ibn Taymiyyah of being “Takfiris,” and the source of this bad ideology.

Margari Hill was the first to write critically about the original Safe Spaces and its security framework at the Islamic Monthly.  I had written about MPAC’s approach to CVE in both in Patheos and here at Muslimmatters in a post about how MPAC was using false information to discourage civic literacy among Muslim communities.

The major criticism was MPAC’s approach to CVE was to accept the premise of dangerousness of Muslims based on vague factors that made no sense. The other criticism had to do with conflicts of interest and the realization the product was not, as MPAC had claimed, “grassroots” in its origins. Most people interviewed for Safe Spaces that we know about were either in the employment of or obtained funding through the government of the United States, Israel or both.   Islamic Studies information, such as derogatory information on  Islamic Scholars, was obtained from the U.S. Military, while a scholar from an AIPAC founded think tank was cited as a “primary source” on what was Islamic extremism. While a couple of Muslims knowledgeable about Islamic Studies were interviewed for other purposes, they were not the source for the defamation of Islamic scholars.

In response to justifiable widespread rejection, MPAC recently released a new version of the document.  This is to fulfill the need of some Muslim leaders to show the government and media they are “doing something.”  The basic idea is that if Muslims do this themselves, the government and media will stop applying pressure on our community and we can reduce anti-Muslim hate.

The premise that Mosque leaders have the ability to identify future criminality in their own community is troublesome. In 2014, MPAC  provided the vague “risk factors” I noted above that would be utilized by leaders to do exactly this. MPAC removed the list form of their “risk factors.”   MPAC did not provide new risk factors, at least not in list form.  However, the same risk factors as before can be obtained from the report, including a desire to be cool, troubles at home and other, fairly normal things for youth.  Even if it was true that community leaders had the capacity to divine future terrorism from a Muslim (they cannot), Safe Spaces fails to answer the question: how?

Alejandro Beutel, the original author of the failed original Safe Spaces, later Department of Homeland Security contractor and recent participant in a Muslim Leadership Initiative cohort to Israel, is no longer part of the project.   However, the 2016 version, which is deliberately not credited to any author, represents largely a mass-deletion of the 2014 document with minimal additional content.  One section on ejection of problem community members was removed, and there was clearly a concerted effort to remove the discredited “takfirism theory,” though traces of it remain.

The foundation of the Safe Spaces program as it stands in 2016 is the PI model, which is Prevention and Intervention. Prevention consists of programs for Mosques, and MPAC offers examples of it’s own contributions in this area. Religious literacy and building community are good things. This is not a new realization.   Indeed, it is well known that many ISIS recruits are not especially religious or have much religious knowledge. However, leaders do not generally conduct programming at Mosques with a view towards terrorism prevention.   Places of worship are not extensions of the national security state.

Intervention in the Safe Spaces model is elaborate in form but lacking in substance. Safe Spaces proposes a team consisting of Mosque leaders, a lawyer, a social worker and so forth. This team would conduct an “intervention” when someone is “at-risk.” Unfortunately, the term “at-risk” is not defined but it does not mean someone just about to commit a crime since this would be reported to law enforcement. Furthermore, success is attained when a person is “disengaged” from committing violence. However, an intervention does not require a person be engaged to commit violence in the first place.  Safe Spaces appropriately advises people about to commit an act of violence should be reported to law enforcement.  Disengagement is easy when you were never engaged in the first place.  So the model is fundamentally incoherent.

The United States has long had “at-risk” youth in all faith communities. Being at-risk does not necessarily mean a young person will be a national security threat.  Rather, it means the individual may not be successful in contributing to society unless we as a community help them. There are professions of people who help at-risk youth, such as social workers and teachers. They usually manage to do their work without seeing troubled young people as future terrorists. Ideally, they see promise and opportunity. They work to help develop that. Perhaps Muslims can do the same with each other.

The National Security frame that MPAC uses may garner praise from government agencies, the White House, anti-terrorism contractors and even provide future employment and funding for people associated with MPAC (this venture has already done that). It does nothing however for the Muslim community, nor does it make America safer.

MPAC would have been better served by eliminating Safe Spaces completely. They may have kept some version of it as some Muslim leaders believe the grim politics of our day requires the existence of such a product. Unfortunately, MPAC worked with the wrong people with the wrong frame of Muslims being a national security problem.  Now they have an incoherent jumble that accomplishes nothing beyond an empty promise to an unreasonably frightened Middle America that “we are doing something.” They are not.  I doubt many will be fooled.

To Be Young Immigrant and Black