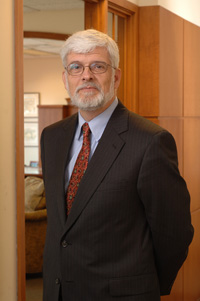 If someone tells you they’re seeking an Islamic loan to buy a house, their intentions are clearly the best, but they have mistaken the nature of Islamic home finance and the way that homes may be purchased in accordance with the Shariah.

Firstly, as we discussed in our first talk, lending is an act of charity. If someone lends money to another, they do so without expecting a return of anything more than the principal amount and blessings from Allah. To do otherwise would be to pervert the meaning of charity. Moreover, to earn money on money that is loaned, or riba, is something we all know to be haram. Guidance Residential, like the other providers of Islamic home finance, is a business; and its success in business is what allows it to continue to provide the Muslim community with Shariah-compliant financing for the purchase of homes. But it is not in the business of lending money, so it does not offer ‘Islamic loans.’

Secondly, the ways that homes may be purchased in accordance with Shariah are several; but none of these ways includes the borrowing and lending of money. The best way to purchase a home, for those who can afford it, is to buy it outright. In today’s economies, however, most people are unable to purchase a home by paying the full price in cash. Therefore, they turn to banks and mortgage companies for help. Unfortunately, the business model employed by these is based on the borrower-lender relationship in which the lender profits by receiving riba payments in addition to payments to repay the principal amount. The good news for Muslims is that there is an alternative to that model, one that does not involve the paying or receiving of interest and is compliant with Shariah rules in every respect.

The Shariah compliant models for financing the purchase of a home are several. However, the model best suited for use in the United States, given the legal and regulatory restraints imposed by the government for the protection of the consumer, is the equity-sharing model in which the home buyer aligns with a partner, such that both parties to the purchase provide cash for the outright purchase of the house.

In such an arrangement several factors must be considered. Will the partner agree to allow you, the home buyer, to exercise your own discretion in choosing the house? Or the neighborhood in which it is located? Will the partner agree to allow you, the home buyer, exclusive use of the house? What if your contribution represents ten percent or less of the price of the home? Will your partner agree to forgo his or her majority share and allow you to make those choices? Will your partner agree to allow you to occupy the house without insisting on occupying a part of the house him or herself? Or otherwise put it to use, for storage, for example? In such an arrangement, too, the matter of taxes must be considered, and insurance. Who shall be responsible for these? In what proportion will these be shared? And what if the home increases or decreases in value? Who will own what? In our next Talk we’ll discuss these questions and the answers to them.

The classical works of Islamic law deal in considerable detail with several forms of partnership. As the dominant business model used by Muslims throughout the centuries, partnership underwent many changes and refinements, all of which allowed it to be adapted for use in a variety of circumstances. In the early days of Islam this model was employed for the success of local merchants and annual trading caravans. Later, modified versions of partnership brought profits to trading guilds whose ships carried on trade in extensive networks across the Arabian sea, south to Zanzibar and as far east as China, and the spice islands of Indonesia and the Philippines. Today, modern Islamic finance houses, banks and investment banks, pension and mutual funds, and international trading firms transact in a myriad of ways across jurisdictions and continents, using the very same fundamental principles, and following the same Shariah rules, while employing every modern technological development to do so. In recent decades Islamic Finance has gone from a multi-million to a multi-trillion dollar global industry.

The partnership business model employed by Guidance Residential in the United States was derived from the same models described by the classical jurists in their works of fiqh. As societies have continued to grow in complexity, and in the ways they conduct business, so also has Islamic law continued to grow and adapt to the changing world, and particularly in the field of finance and financial services.

In developing its unique home finance program, Guidance Residential turned to a number of experts, beginning with a group of Shariah scholars respected internationally for their experience in the field of modern Islamic finance. These scholars teamed with industry experts and specialized legal firms to develop a program that complies in every way with Shariah norms while satisfying the requirements of local, state and national regulations.

In the Guidance Residential Declining-Balance Co-ownership Program, Guidance Residential assumes the role of an equity partner with you. In this relationship, both you and Guidance Residential will assume several different roles, all of which are designed eventually to make you the sole homeowner of the home you have chosen. In a coming Talk, we will discuss these roles in some detail. Sole ownership is also the goal of a conventional mortgage, but the ways in which sole ownership is achieved differ significantly. At the same time, however, there are many ways in which the Shariah-compliant program for home ownership resembles the conventional program, or mortgage. The most important thing to remember, however, is that at the most fundamental level one program relies on the lender-borrower relationship while the other is based on a partnership model. If there are similarities in the two programs, these are because both programs are designed to provide the same financial service, and to do so in the same system, and in accordance with the same regulatory requirements and restraints imposed by the government.

For the reasons explained above, if you hear someone attempt to criticize an Islamic home finance program for the reason that it looks and performs just like a mortgage, then you will immediately be able to reply that, no, the two are based on fundamentally different business models, one of which is clearly halal and the other of which is clearly haram. In fact, that the Islamic home finance product appears to be almost the same as the mortgage product is actually a good thing for the consumer. For the County Clerks who record the transactions and deeds, for the judges in courts called upon to determine ownership in legal disputes over property, the similarities in the two programs allow these officials to easily understand the contracts and to equitably assign rights and responsibilities. Generally speaking, criticisms of Islamic financial services and products will not come from people who have studied the subject or researched it. Consider, too, the literally thousands of Muslim families who are pleased with their partnerships with Guidance Residential.

In the next Talk, we will examine some of the details of the partnership model employed in the Guidance Residential Declining-Balance Co-ownership Program. We shall also consider the several different roles of the partners in that program.

They Said We Put Each Other on a List: Adama Bah’s Ordeal